What I learned running 12 miles around a volleyball court 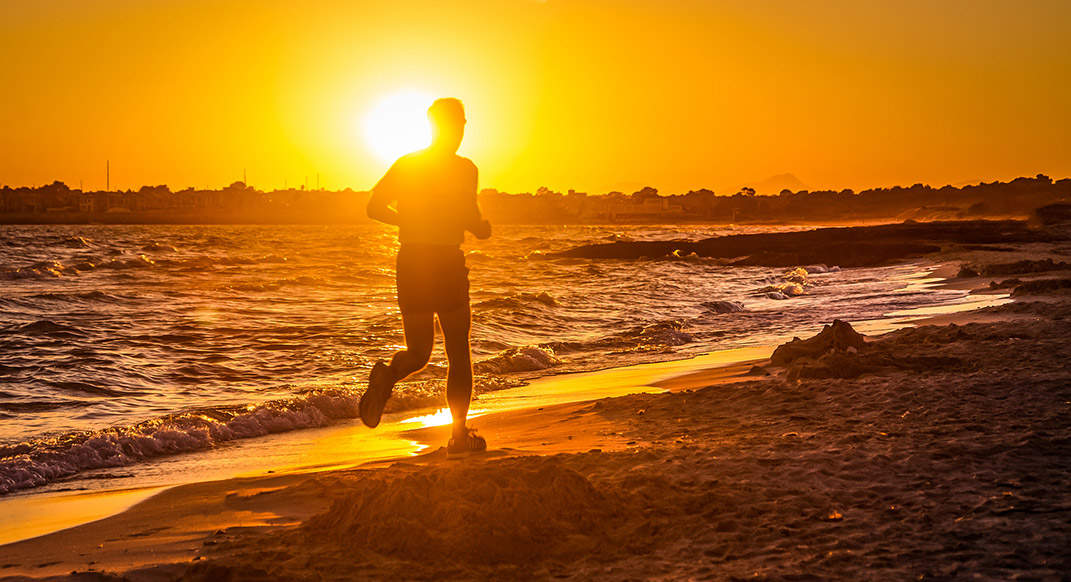 I never planned to run 12 miles around a volleyball court. It just sort of happened.

It was summer and I was 19, training for the upcoming college cross-country season. My family had rented a sailboat in the British Virgin Islands. At night we moored at quiet inlets. During the day, we sailed between islands with names reflecting the legacy of European imperialism: Beef Island, Tortola, Ginger Island, The Fat Virgin. We snorkeled in the pretty blue water and drank a lot of rum. It was touristy. It was indolent. It was pleasant.

But running in the Virgin Islands was hard. The Virgin Islands are an archipelago of volcanoes, whose peaks crest up out of the Caribbean Sea. Step onto the smaller islets and the only place you can go is up. The air is warm and humid. The sun feels relentless.

The trails on these mostly-uninhabited islands were punchy affairs with steady up-and-down pitches that stumbled over ridges before plummeting down to shallow beaches or volcanic cliffs.

After a few days, my quads started giving out on me. I needed a break from all the hills, the twisty footpaths and the uneven fire roads. We had moored near a little island for the day. Surveying the place, I noticed a volleyball court carved out of the brush next to a low-slung set of resort cabins.

“I just need to warm up a bit,” I thought, as I jogged over. “I’ll tackle the hills after a couple easy minutes.”

A few minutes in, I decided maybe a couple miles around the court wouldn’t hurt.

The court was small: maybe 15 yards across and 25 yards deep, with a frayed black net that sagged in the middle, and wooden posts bleached white by the sun and brackish air. The court itself was sand, which had scattered beyond its original rectangular boundaries. It was now an amorphous, ovular shape; a circular smudge of siliceous grain on the otherwise green landscape.

The sand crunched beneath my feet as I ran clockwise, then counter-clockwise … then clockwise again. Forty-five minutes passed quietly.

“So, this is how Sisyphus felt,” I muttered, envisioning the ancient Greek rolling his boulder uphill only to watch it roll back down again. The area was empty of people, except for a couple of tourists who ambled past, their gaze communicating a mixture of curiosity and confusion.

A pleasant inwardness arose from the monotony. I meditated on upcoming races and my hopes for the season, exciting myself with fantasies of epic finishes and fighting off rivals in the last meters of a race.

I thought about the book I was reading—Moby Dick—and the white sand of the volleyball court turned into a vision of Ahab spitting his last breath at the white wale. I pondered the cosmic injustice of my high school classmates fighting wars in the Middle East while I was sailing around the Caribbean. Round and round I went, pacing the perimeter of the court.

That trip was nearly 12 years ago now, and I struggle to recall the beautiful views, the island trails, the summits or the gnarly climbs. I do, however, vividly remember that volleyball court. I can see its ashen color. I can feel the sand underfoot, and hear its audible crunch. I remember the blanket of clouds that rolled in while I was running. I remember the stream of ideas moving fluidly through my mind, and the curious sense of achievement I felt afterwards, despite not having gone really anywhere at all.

I hadn’t found paradise in the crystal waters, or in the postcard-green hills stretching upwards from the sea, but in the internal quietness of hundreds of continual circles around a sandy oval.

We live in an age of stimulus. The internet is bloated with an ecstasy of chatter. Social media incentivizes us to curate an inflated image of ourselves through photos of summit sunrises and remote singletrack. Instagram hashtags like #trailporn and #mountainrunning lead us to think we need to brush up against transcendence on a weekly basis. Professional trail runners make it seem like we aren’t really living unless we’ve summited a mountain with only a handheld water bottle and a couple of gels to sustain us.

Clearly, this is not the case. Not every run needs to be epic. Not all adventures are external.

I’ve heard people say, “Not all who wander are lost.”

To that I reply, “Not all who want to get lost need to wander.” 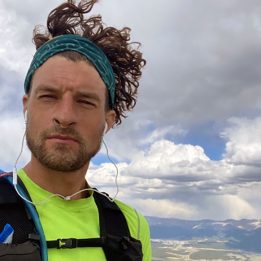 So true, I run pretty much the same trail ( a flat rails to trail ) daily. But everyday I love it. Its nothing remote or stunning like a Post card from the mountains. To me its comfortable, its home, it makes me smile. So when you run Elephant Swamp Trail and see a smiley face scuffed in the trail, it was me. I hope you enjoy the view and it makes you smile.

This is a great little essay.
Too often magazines like this one excessively promote new, different, more. It is part of the marketing.
Every run is a new and different experience. The same run on the same route is new and different every time you do it, so the experience is not the same. The weather changes, your mood changes, the back looks different than the out, etc.
Much of running is internal, and that experience is different each time.
You do not need to travel to exotic trails, pioneer new routes, buy new shoes, build new trails. Learn to discern and appreciate the little things.