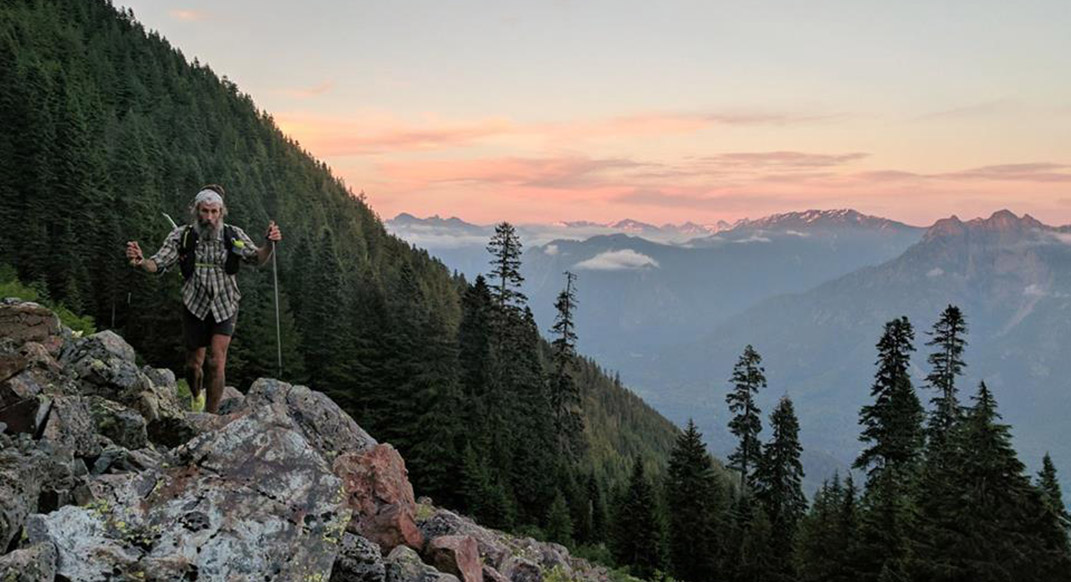 Over July 4th weekend, 2017, Washington-based ultrarunners Ras Vaughan and Seth Wolpin became the first people to complete the Harvey Manning Peak Challenge, a route linking 18 peaks in the Issaquah Alps outside of Seattle.

The challenge, which involves roughly 95 miles with around 40,000 feet of elevation gain, was designed by George Orozco, who is a fixture of the Seattle running community and engineered the locally famous Issy Alps 100K and 100-miler challenges.

“It’s almost like Barkley,” says Vaughan. “You don’t really ask, ‘Why?’ You just do it because [Barkley race director] Laz said so. Or, in this case, because George said so.”

The Harvey Manning Peak Challenge is named after conservationist and hiker Harvey Manning, who is responsible for protecting many of the Seattle area’s most iconic wild spaces. The challenge is reminiscent of Nolan’s 14, in the sense that there is no set route—merely a requirement to tag the summit of 18 specific peaks. Start and end points are specified, but what happens in between there and the 18 summits is up to each runner.

Orozco specifically chose these 18 peaks because they are rarely—if ever—visited. After spending time on the Seattle area’s more popular peaks, he says, “I started exploring the south side of the I-90 corridor in hopes of finding new peaks to tag, and what I found was challenging summits that offered just as rewarding views as the north side but with much less foot traffic.”

Many of the peaks on the route have “faint trails” to their summits. Others have no trail at all. “Reaching many of the summits […] requires the person to do a little homework and study maps,” Orozco says.

To date, only two other people have attempted the route. Even Orozco has never given it a go. “I am not that crazy!” he says. “I have tagged most of the peaks in the challenge. Just not in one go.”

Both Vaughan and Wolpin were well acquainted with the Issaquah Alps, both having completed Orozco’s other major Washington peak-bagging challenge, the Issy Alps 100, in solo, unsupported fashion. (Only one other person has done so in this style).

Vaughan, better known by the nickname “Ultrapedestrian,” has earned a reputation for quirky, obscure “Only Known Times” (OKT), like a covering the 93-mile Wonderland trail around the base of Mount Rainier in both directions in one push—what he calls the Double Wonderland.

Wolpin is a professor of public health at the University of Washington, and spends most of his free time leading fastpacking trips and running a non-profit in Nepal . He has held FKTs on the Annapurna Circuit and the Manaslu Circuit, and an OKT on the Kathmandu Valley Rim Trail, and finished one lap at the 2016 Barkley Marathons.

“Harvey Manning had been in the back of my mind since George first announced it,” says Vaughan. “But I always have way too many projects going on.” He had initially been planning to attempt a double Issy Alps 100 over July 4th weekend, but his pacers fell through.

Wolpin, who had been doing recon on the Harvey Manning route for the last month, invited Vaughan to join.

“Our main goal was just to do it,” says Vaughan. “It was such an obvious OKT, ripe for the picking. We decided that no matter how bad things were, we would just settle in and embrace the grind, even if it wasn’t pretty.”

The Harvey Manning Peak Challenge contains everything from well-maintained forest-service roads to boulderfield scrambles and bushwhacks so overgrown it takes a few minutes to move a few feet.

“Early on, we realized that our initial goal of 60 hours would come and go long before we were done,” says Vaughan.

The most efficient way to connect many of the peaks was via steep, tree-covered ridgelines. “The detours would have been 10 or 12 miles and 3,000 to 4,000 feet,” says Wolpin. But the ridgelines weren’t necessarily an easy way out.

“There were two ridges in particular where we were battling thick trees,” says Wolpin. “Imagine 10 Christmas trees packed into a five-foot-by-five-foot room. Now imagine trying to walk through that room wearing a pack with an ice axe strapped on.”

Despite being below treeline, the exposure on these ridges was extreme, and fall potential was high. “It would have been easy to bust through the trees and tumble down,” says Wolpin. “I did Barkley in April, and certain sections [on the Harvey Manning route] are harder and more dangerous than anything you’d find in Barkley.”

The crux of the linkup came on the traverse from Green Mountain to Mount Teneriffe.

Wolpin had scouted the connection, and thought he knew a way to access the ridge between the two peaks. But when he and Vaughan got there in the dark, he grew uncertain. A short, vertical 5th-class section, which had looked doable during daylight, now seemed too dangerous. “I climbed 10 or 15 feet up, and I realized that if I fell, I could have died,” says Wolpin.

He retreated, and led the way down a scree chute that skirted under the sketchy ridge. “It was dark, and we were traveling by headlamp with this huge runout below us, which we couldn’t see,” says Vaughan. “You would kick a rock down and hear it falling and crashing somewhere very far below.”

The traverse was saving Vaughan and Wolpin thousands of feet of climbing, but both had doubts about whether it would go.

“We were just grabbing onto weeds to keep from slipping,” says Wolpin. “Ras took his ice axe out, even though there was no snow. It was that steep. And we didn’t know if we were going to get cliffed out.”

After two hours, they reconnected with the trail up Mount Teneriffe. The “hard” part of the route—the off-trail navigation—was done.

They ultimately reached the Rattlesnake Mountain Snoqualmie point trailhead in 78 hours 36 minutes, three days after they set out.

“I got full-body goosebumps and a huge smile on my face,” says Orozco, of the moment he received a message about Vaughan and Wolpin’s successful run. “Perhaps even a little teary-eyed. Finally, [Harvey Manning] got the attention it deserved, and who better to have completed it than Seth and Ras.”

“It’s great to have other people looking for unique ways to make their mark on classic trails,” says Vaughan. “[Harvey Manning] is such a cool route. It touches on a unique pocket of Washington history. It’s not Rainier, or the Olympic Peninsula—it’s not any of those classic Cascade routes—yet you find these challenging local crags that will kick your butt.” 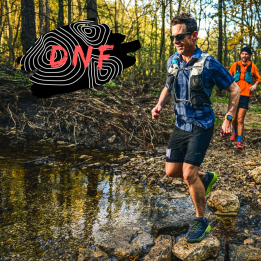