Do You Believe in Miracles? Cat Bradley Wins at Western States 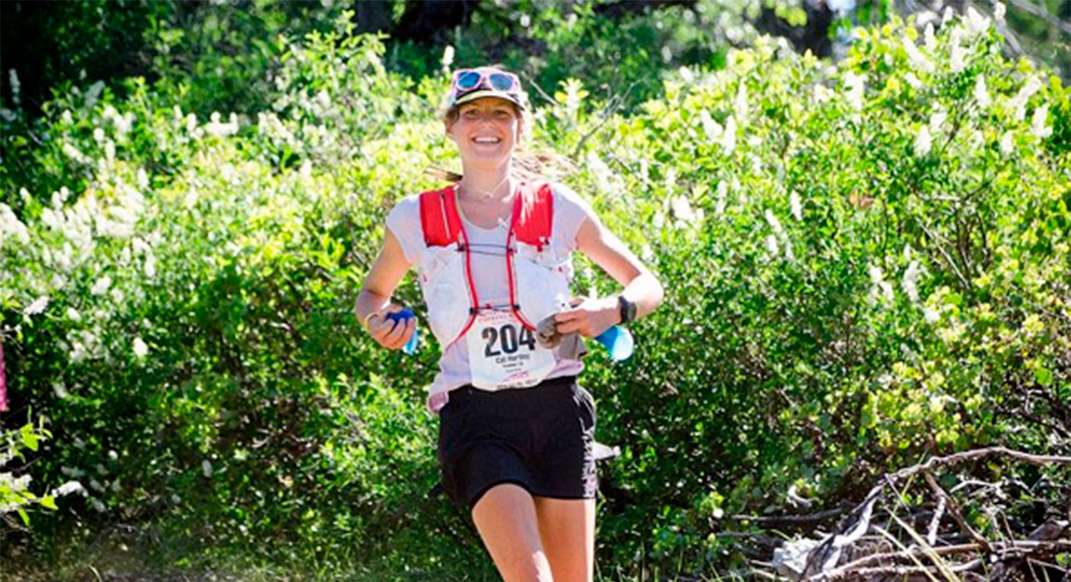 Cat Bradley is known to race with a smile. Photo by Tonya Perme Photography

Of more than 1,100 ballots cast in the iRunFar prediction contest for the 2017 Western States 100, just one predicted Cat Bradley would win. That is less than 0.1 percent. On top of that, Bradley gained entry to the race with just one ticket in the lottery system, which granted her a 2.5-percent chance of being selected.

Thankfully, probabilities and statistics don’t have feelings—because these rotten odds failed miserably to predict what would happen next.

On December 3, 2016, against all odds, Cat Bradley’s name was selected in the lottery. When it came time to race on June 24, another improbability got added to the fold—impossible snow and mud in the first 15 miles that gave way to scorching 100-plus-degree heat later on. Bradley, though, took a pragmatic approach to the day’s adversity.

“Every time I stopped, I felt like I was going to faint,” Bradley says. “So I stopped stopping.”

And through that stubborn persistence, Cat Bradley shocked 99.9 percent of the trail-running world by winning the Western States 100, one of the greatest upsets in the history of the race on one of the most brutal days ever.

The Journey to the Start

While Bradley, a 25-year-old teacher living in Boulder, Colorado, came into the race as an underdog, she is no stranger to trails. Her journey started when she through-hiked the Appalachian Trail during college and found herself drawn to the simplicity and beauty of trail running. Her first 100-miler was in 2014, when she finished eight hours behind the winner at the Pine to Palm 100 in Oregon. In 2015, she showed massive progression, finishing 2nd at Utah’s Bear 100. The whole time, she was developing her skills, and, in 2016, it showed.

At the 2016 Rio Del Lago 100-Miler in California, she exploded onto the national scene by setting a course record. Then, in April 2017, she ran one of the fastest times ever in winning the Canyons 100K. Notably, both races are run in part on the Western States trail.

If you charted her performances, it would almost look like linear growth, the steady progression of a trail runner coming into her own. The question was what would happen when you plotted that trend line through the Western States 100. Was she ready? She knew the course, she knew her fitness, and she knew what it took to run a fast 100-miler.

“I knew I was ready,” she said. “But I didn’t know what would happen.”

A Tale of Ice and Fire

The first 15 miles of the Western States 100 was a perverse version of ski mountaineering, but without skis. The snow was a foot deep in places, and when it wasn’t snowy, rapid melting created torrents instead of trails.

“I was totally like, ‘Oh, sh*t!’ I stupidly let myself be a little frustrated. I was knee deep in mud. And as you know [note: the author coaches Bradley], every time I run in snow I get hurt. I was so far behind.”

Meanwhile, the race seemed to be getting away from her. First Camille Herron, then Andrea Huser, bolted off the front, running nearly a minute-per-mile faster than chasers. Then, it went from bad to worse.

“I lost my shoe multiple times,” she said. “It was like running in a fast-moving river in some places.” It would seem to be an easy time to get down, especially with the forecasted heat looming.

“Once I got on the dirt,” Bradley says, “I turned a corner. I just decided there would be no more negativity.” She made a choice, like a New Year’s resolution in its naïve hopefulness. “There’s nothing I can do about people ahead,” she thought. “But I can try to make sure no one passes me for the rest of the day.”

So that was her goal. As the temperature soared into the 80s, 90s and 100s, she decided she just wouldn’t get passed.

With her frown turned upside down, Bradley began to turn the race standings upside down too. At mile 15, she was 8th and 16 minutes off the lead. At mile 30, 6th and 14 minutes back. At mile 43, 6th but just 10 minutes back. Then, on the tough climb to Michigan Bluff at mile 56, she made her move up to 2nd, just 6 minutes back. And she was charging hard.

At the iconic Foresthill Aid Station at 100K, she moved into first. Perusing Twitter in real time, people were exclaiming “What is happening?!” and “Who is Cat Bradley?!” But, as conventional wisdom indicates, the race doesn’t even start until Foresthill. So perhaps she made her move too soon?

“I came into Foresthill and was so excited to run with Ryan [her boyfriend and pacer],” she says. On the ensuing long downhill to the American River at mile 78, Cat and Ryan found a flow on the trail. “We chatted the whole way,” she says. “It was just like all of our runs together in Boulder.”

But adversity was ready to strike at any moment. In between bouts of gastric distress that sent her off into the bushes, she worried about the heat and being able to maintain. “But I found confidence in my training,” she said. “The heat was just like being in the sauna. The downhills were just like all of the runs down Bear Canyon.”

She reached the mile-78 aid station with an eight-minute lead on Olympian and 2015 Western States champion Magda Boulet. “I knew at that moment I’d have to go to some dark places.”

With 20 miles to go and a slim lead, Bradley didn’t have a moment to reflect. But if she did, she might be thinking about what she was racing for. She was potentially racing for her future.

In March, Bradley was laid off from her job as a kindergarten teacher. She loved her work and her kids, and it was heart wrenching. Plus, from a practical standpoint, the paycheck wouldn’t be coming in relatively soon. Winning Western States could possibly have a life-changing effect.

For her part, Bradley wasn’t thinking past the moment. “It was just about the magic of Western States, and the joy of being out there.”

So she dug deep. “The last 20 [miles], we absolutely hammered. It was pure competition.” At mile 90, her lead stretched to 12 minutes. She didn’t know she would win until she turned the corner on the track, though.

19 hours 31 minutes after starting in ankle-deep snow and knee-deep mud, Bradley had accomplished the improbable, under the lights on the track in Auburn, California. Against all odds, she won the Western States 100. She ran herself into the sport’s history books, a legend in her own right.

Would she call it a miracle? “Haha, I don’t know about that,” she says. “But it sure was magical.”

To be fair, Paul Cuno-Booth did have Cat as a contender in his article ‘This Western States Women’s Field is Ridiculous!’ (June 20, 2017, Trail Runner Magazine, online version).

Thank you Suresh! A lot of people thought she could do well, but the win seemed to surprise most (the group-think predictions had her slotted in at 16th, so she wasn’t an unknown).

Way to go Cat and Coach David! When was the last time someone came thru the lottery to win Western States?!

Amazing question! I actually have no idea, will ask the RD!

No surprise, quite honestly. In looking at her training and strategic racing leading up to WS on Strava, it all looks solid. She is obviously talented and has youth on her side, and hopefully will buck the trend of many high level ultramarathoners by training smart, not over-racing, taking time off to recover and sticking around for many years!

Kudos to the coach! Well done from the trails of Hampshire, England

so if she was suffering gastric distress and emptying herself in the shrubbery, what was the danger that she might bonk before the end of the race? was she able to keep down some food/energy drink later? truly interested in how she managed energy and hydration in the final stages of the race. thanks.