Kilian Jornet Summits Everest Twice, But Did He Set a Record?

The Spanish mountain runner was aiming to set a new fastest-known time on the mountain's north side. 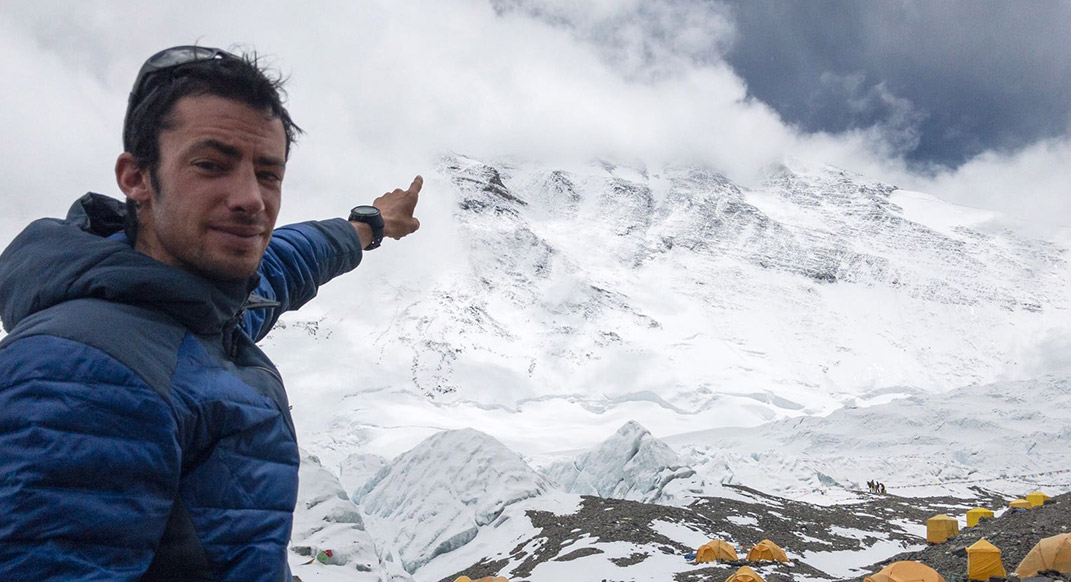 On Saturday, May 27 Kilian Jornet summited Mount Everest from the North side without the use of supplemental oxygen or fixed ropes—for the second time in a week. The 29-year-old Spaniard began at Advanced Base Camp (6,500 meters) and reached the summit (8,848 meters) after 17 hours. Last Sunday, May 21, he had climbed from Base-Camp (5,100 meters) and reached the summit in 26 hours.

Both ascents are part of Jornet’s Summits of My Life Project—a goal to set speed records (or, fastest-known times) on seven of the world’s most iconic mountains (not to be confused with the Seven Summits) in “alpine style,” meaning in single-push days using as little gear as possible, including no supplemental oxygen and no fixed ropes. The list includes Mont Blanc, the Mont Blanc Traverse and the Matterhorn in the Swiss Alps; Alaska’s Denali; Argentina’s Aconcagua; Russias’s Mount Elbrus and Mount Everest, which sits on the border between Nepal and Tibet. He has achieved all but the last two.

Jornet came to Everest in the hopes of setting a speed record on May 21st. However, stomach issues on the upper portion of the climb slowed his pace. The running and climbing world held its breath as hours went by without word from Jornet, past the hour he was expected to return. In a season that has already seen 10 deaths on Everest, many feared the worst.

But early on May 22nd, reports came through that Jornet was safe back at Advanced Base Camp, having summited at midnight after a long push through stomach cramps and vomiting. With a round-trip speed record already out of the question, Jornet opted to stay at Advanced Base Camp to let his stomach recover.

After recovering from a supposed stomach bug, Jornet decided to give the speed record a second go, yesterday—this time starting from Advanced Base Camp, some 1,300 vertical meters (4,265 feet) higher than Base-Camp, where he started his first attempt last week. He managed to gain the summit considerably faster than the prior attempt, but still shy of a fastest-known time.

The current speed record on this particular route up Everest’s North side—the Northeast Ridge, often referred to as “the normal route”—is 16 hours 42 minutes, set by Austrian Christian Stangl in 2006, also in “pure alpine style.” Stangl bested the previous record of 17 hours, set by Italian ski mountaineer Hans Kammerlander in 1996. Kammerlander also did not use oxygen, but did have Sherpa waiting for him at higher camps with food and drink. Both Stangl and Kammerlander started their ascents from Advanced Base Camp.

According to his website, Jornet is claiming a “new speed record” and a “new fastest-known time” for the May 21 ascent from Base-Camp. However, Jornet’s public relations representatives say that, “There is no evidence of an existing FKT [starting from Base Camp], and [so] we are not talking about breaking records at any time, as there was no record to be broken.”

Indeed, it is nearly impossible to compare Jornet’s May 21st ascent to Stangl and Kammerlander’s ascents, given their different starting points. The May 21st ascent is, in fact, the only known speed attempt via this particular route.

The May 27th ascent is comparable to the previous Northeast Ridge ascents, but it is on par with Kammerlander’s 1996 record—still 18 minutes shy of Stangl’s 2006 record, which is the current time to beat.

More significantly it is important to remember that Jornet’s time—and Stangl and Kammerlander’s—are for the ascent only, not the descent. In alpine climbing of this magnitude, descending can be nearly as hard as—if not harder than—climbing up. As a result, most speed records are only considered for round-trip ascents. All of Jornet’s other Summits of My Life ascents (with the exception of the Mont Blanc Traverse) have been round-trip affairs.

It remains to be seen whether Jornet will count either of these ascent towards his Summits of My Life project, or whether he will return once more to claim an official, round-trip (Base-Camp, to summit, back to Base-Camp) speed record.

Lucy in the sky with diamonds

As an avid reader of stories on mountaineering, I’ll apologize up front if this sounds like Monday morning quarterbacking…. Given the crowds trying to make it up Everest these days, and the known bottlenecks along the route, I sure hope we don’t hear any stories about Jornet’s attempts messing up anyone else’s summit attempt. I’m also looking for more details about what it really means to travel “as light as possible” and not use any fixed ropes. Did he have a separate team carrying safety gear for him, or could he have gotten himself out of most situations that we’d… Read more »

I’m not really sure what team could keep up with Kilian, but I’m sure details will unfold. Also, it looks like this year would be a good year to go for an FKT with regards to the Hillary Step. Jury seems to be out on if it’s gone or just buried, but that would limit the free soloing at the top of the world.

The Hillary step is on the South Col (Southeast Ridge) route coming up from the Nepal side. Kilian was climbing in China on the Northeast Ridge route. Same mountain but completely different route characteristics, thus any record time set on one side would not be comparable in any manner to a time on the other. Additionally, the claim of being unassisted or not using fixed lines is a bit of a farce. While he may not be clipped into the ropes, they are none-the-less still present, and available to be grabbed and pulled on if needed. Also, by the end… Read more »

Just want to add one thing. The Hillary Step in on the SE ridge route, not the NE ridge; which is the one used for the records and Kilian’s ascent.

He most definitely could free-climb the obstacles on Everest as it’s arguably not as technical of a mountain as some others he’s climbed (e.g. Matterhorn)

Joe & John: thanks for the correction about the Hillary Step being on SouthCol. As with all FKTs, I figure everything is fair (fixed ladders, others’ bootsteps, pre-positioned caches, etc) as long as you are clear about how the FKT was conducted. At the extreme example, lets say he prepositioned Sherpas along his way so that he didn’t need to carry any additional safety gear; whether he ended up using their help or not would be irrelevant because it was available to him and therefore affected the attempt.

Shawn,
He climbed North side from China
There is no Hillary step and no traffic at all.

I think it is wonderful that Jornet and others set goals relating to FKTs on Everest….my concern is respect for Everest and the dangers is presents may be ignored in an effort to achieve a FKT. Everest is not a race…it is an experience! Be safe all!!!!

I don’t know exactly if Kilian use the ladder or not, I imagine he did, however don’t forget that Jornet has done Eiger North Face with Ueli Steck (unfortunately deceased). he did it in 5.30 hours. Kilian is more than an average climber. If you speak spanish you can see Kilian explaining his Eiger ascent. https://www.youtube.com/watch?v=LwlaVJHZer0 Again if you feel brave enough look at his video of the speed record at Cervino. It gave me nightmares to see how he runs up and down the rock. I don’t think many other people can do it, as it is much more… Read more »

This article should first of all explain clearly that this kid was climbing the north side from Tibet (China). Altitude of South Base Camp in Nepal is 5364m (17598ft) and it takes several days of trekking from Lukla to reach, while altitude of North Base Camp in Tibet is 5150m, and you can drive all the way there in the summer months.

I can’t see this has been verified he even did this as reported. Not disrespect but I’m a huge skeptic of things like this. I’ve seen the videos and pictures and none are of the summit……

I think it is comical how so many people are knit picking the details of this climb. Let’s face it, however it did it; there is not many people that can do it much faster. The one person that probably had a shot is now deceased. (RIP Uli-You were very inspiring to many of us). I know many people that have met Kilian in person and I have watched many of his interviews and it is agreed upon that he is one of the most humble and unassuming “studs” around. I don’t believe that he does this for the fame… Read more »

“Spanish” climber??? For a very technical definition of Spanish, perhaps, but no writer who has a modicum of familiarity with the athlete in question would refer to him as Spanish, for a variety of reasons.

No more autonomy, Jornet is and was SPANISH!!