The jack-of-all-distances finished 10th in the Leadville 100, and then seven hours later ran the Pikes Peak Marathon. 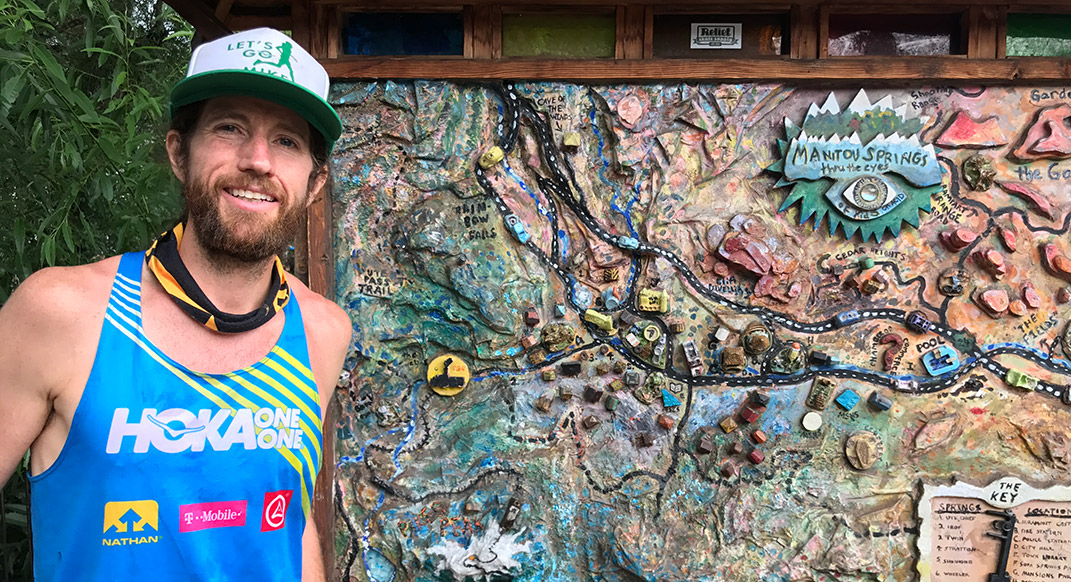 Completing the Leadville 100-Mile in 20 hours 18 minutes is impressive, with its 17,000 feet of climbing and average elevation over 10,000 feet. But, when Michael Wardian crossed the finish line of the iconic Colorado race, at around midnight on Saturday, sleep and recovery were far from his mind.

He jogged back to his hotel, showered, packed his gear and hopped into a rental car to drive two hours to the town of Manitou Springs. Seven hours later, he was standing at the start line for the Pikes Peak Marathon—a 26-mile race with roughly 7,800 feet of vert that tops out at 14,050 feet.

Shockingly, Wardian was not the first person to attempt what is known as the Leadville-Pikes Peak Combo. The challenge was coined and first completed in 1993 by the legendary ultraunner Marshall Ulrich, who is famous for (among other feats) a “quadruple Badwater,” completing the original 146-mile course across Death Valley four times.

“I just wanted to show that people can recover faster and do more than they think they can,” says Ulrich. “People used to joke about doing both, and I thought that I would prove that it was indeed possible, and the joke would be on them.”

Proving seemingly impossible feats possible is what Michael Wardian is best known for. The 43-year-old Washington, D.C., native has set a record for the World Marathon Challenge, running seven marathons on seven continents in seven days, with an average finishing time of 2:45:56. He holds the record for the fastest 50K treadmill run. Just a few weeks ago, he ran Colorado’s brutal Hardrock 100 and then followed it up a day later by running a 5:42 mile on the streets of Silverton.

“I have wanted to run the Leadville Trail 100 and Pikes Peak [Combo] ever since I heard that Marshall Ulrich had done it back in the ’90s,” says Wardian. “[At first] I just thought it was crazy … but as I got more established, I decided I would like to give it a go.”

When he gained entry to both Leadville and the Pikes Peak Marathon this year, it was a no brainer to go for the record. The goal was to run Leadville “as quick as possible,” he says. However, stomach issues set in early and would stick around for the rest of the race, slowing his progress.

“The low points were ridiculously dark, and felt bottomless,” he says. “Walking, feeling dizzy, having cramps and stomach pain and diarrhea (14 times).” Ultimately, he crossed the finish in 20 hours 18 minutes, good for 10th place.

“I love that during a longer race you can have these periods where you think you are completely spent, there is nothing left to give, and then if you can keep moving you come back,” he says. “It shouldn’t be possible but it is.”

It was 12:18 a.m. when he finished Leadville, and he arrived in Manitou Springs for Pikes Peak at 4:45 a.m. After a failed attempt at napping, he bought some snacks at a gas-station convenience store. Still feeling sick from the effort at Leadville, he downed a handful of cashews, a bite of a banana and a Stroopwaffle before the marathon start.

Standing on the start line, “I was exhausted,” he says. But he kept a steady pace, stopping to eat at every aid station in an attempt to replenish the calories he’d been unable to keep down over the last 24 hours.

“I was the only dude to get snacks at the first aid station, about one mile in,” he says. “They were like, ‘Huh?'”

Originally, his goal had simply been to break Ulrich’s record. But his competitive instincts kicked in once his stomach rebounded, and he began to find a groove.

Small detail: Marshall’s quad Badwater was the 146-milr complete route from Badwater to the summit of My. Whitney.

Mashall is an absolute beast, loved his book! Such a nice way about him too.

Hi Heather, thanks for the note! We’ve corrected that number.

You’re an inspiration, Michael. Giving hope to guys who are slightly older than 25!

Another small detail: Pikes Peak is actually 14,115. That extra 65 ft at that altitude make a big difference.

Michael you are truly an inspiration. Almost relieved to see even the Suoer- Hokaman gets stomach upset!