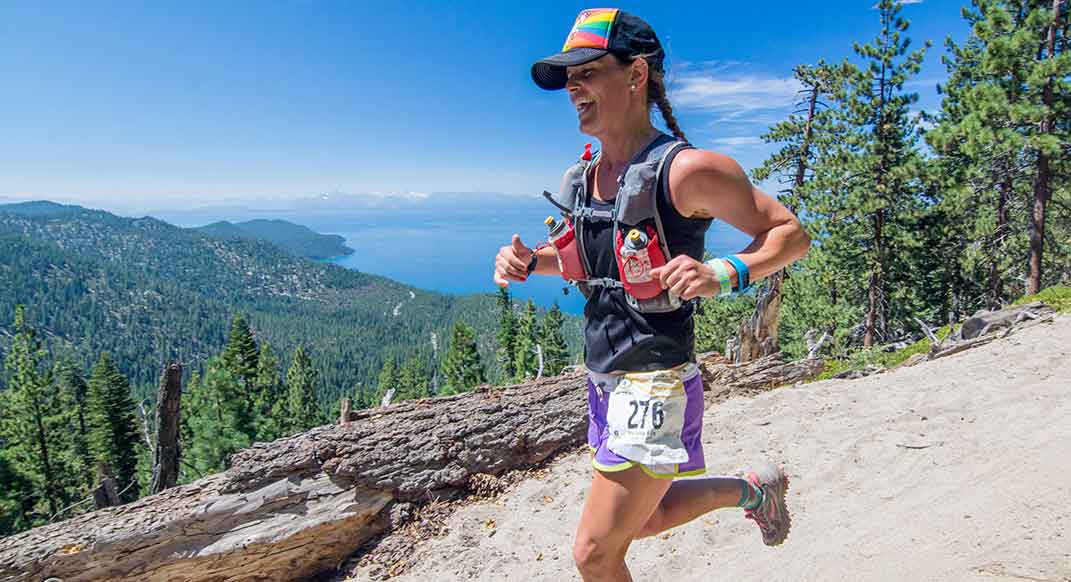 The Trail Runner Trophy Series, presented by Altra Running, is a points-based race series, with 186 events of all distances, all around the country. The series begins in March and culminates in September. Grand prizes are awarded to the runner who logs the most miles, and the runner who runs the most races. The “Mile Mogul” wins a Run the Alps trail-running tour through the French and Swiss alps, while the “Trail Fiend” wins a coveted spot on the cover of Trail Runnermagazine.

The Trophy Series is well under way for the season. Here are some updates and stories from the last few weeks. Dale Reicheneder, the 2016 Trophy Series “Trail Fiend” Champion, is currently in first place for winning the cover shot, while Bert Blackbird is the lead for the trail-running tour in the Alps.

The SLO Ultra 50 takes place on the Wild Cherry Canyon property, an open space jointly owned by the American Land Conservancy and PG&E. The SLO Ultra, and accompanying marathon, half marathon and 5 miler, is a fundraiser for the local Land Conservancy of San Luis Obispo County, which is trying to raise enough money to buy the 2,400-acre property and hand it over to the California State Parks system.

Race day dawned chilly, but quickly warmed up, and finished with a Bluegrass festival, featuring local band Snap Jackson and the Knock on Wood Players.

Hall, 35, of Reno, Nevada, has 25 road marathon finishes under her belt, and came to Marlette Lake 50K as her first trail ultra. “I wanted a
local race so I could practice parts of the course,” she says. “I also wanted a scenic course so that if all failed and I ran horribly, at least it would be pretty.”

Hall’s months of course-specific prep paid off: she settled into a brisk power hike up Snow Valley Peak. By the time she dropped off the summit and on to the next climb, she had opened up a lead and was running alone.

“At one point, I thought I was coming up on another runner, but it ended up being a bear,” she says. “He was pretty easy going and moseyed across the trail, so I was able to keep on trucking up the climb after a brief stop.”

Her goal had originally been to finish in six hours, though she did better than that, crossing the line in 5 hours 24 minutes 6 seconds to “music, food, beer and high fives from strangers.”