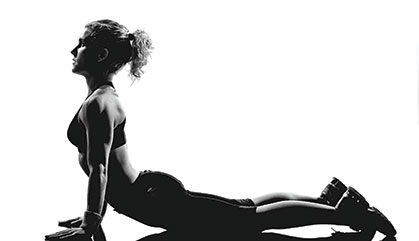 In 2011, Canadian ultrarunner Jason Loutitt, now 40, was training for his debut at Hawaii’s infamous HURT 100. The race marries 48,000 feet of ascent and descent with average temperatures in the high 70s and exceptional humidity. Loutitt, who lives in Vancouver, British Columbia, decided the best way to prepare his body for the heat was to incorporate hot yoga.

“It added a new dynamic to my training,” says Loutitt. He worked up to eight-hour runs followed with two 90-minute hot-yoga sessions. While less than one third of all HURT 100 starters that year made it to the finish line, Loutitt romped through the brutal course in 22:27.35, an hour ahead of the second-place finisher.

What is Hot Yoga?

Hot yoga is done in a studio heated to 105-110°F (42°C). It is based upon hatha yoga, a series of poses, or asanas, done in sequence and designed to align the body, and develop strength and flexibility. The best-known version of hot yoga is Bikram, which is a brand name for a specific, 90-minute sequence of 26 postures and two breathing exercises. Moksha is another hot-yoga style, and many yoga studios offer “hot-hatha” classes featuring similar postures and sequences.

Benefits of heat include improved flexibility due to relaxed muscles and a chance to adapt to heat stress. But make no mistake: it is hard work. Your job is to stay in the room for 90 minutes, even if the heat leaves you dizzy and breathless. You perform the same postures each time, in the same order, with a few seconds of rest between poses. There are no straps, cushions or blocks, no panpipe music and strictly no chatting. Like running, hot yoga demands dedication and concentration.

What’s in It for Running?

The intensity, focus and discipline of hot yoga make it a natural fit for many trail runners looking for a complementary form of exercise. Elite ultrarunner and dedicated Bikram practitioner Jerry Armstrong, 37, whose 2013 achievements included running the Grand Canyon Rim-to-Rim-to-Rim route and winning Arizona’s Elephant Mountain 50K, relies on yoga to balance his body after long-distance running. “It stretches and cleanses muscles like my neck, shoulders, and lower back,” he says. “I’m not naturally flexible but after a few sessions my body relaxes, and my stride opens up.”

Hot yoga is particularly useful for cold-climate natives training for hot races. Iris Cooper, 55, who lives in Toronto, discovered Bikram when she was training for the 135-mile Badwater Ultramarathon that takes place in Death Valley in July, when temperatures can exceed 120°F. Initially, she prepared for the blast-furnace heat by sitting in a sauna for hours. Bored, she gave Bikram a shot the following year.

“Any amount of training in heat will help,” says exercise physiologist Brett Ely, a three-time Olympic Trials marathon qualifier and doctoral student who studies how the body responds to heat. Regular training sessions in a hot environment, she explains, lead to beneficial adaptations including increased sweating and blood flow to the skin, both of which keep you cooler. Psychologically, feeling comfortable in a sweltering environment gives you an edge.

Runners may also benefit from Bikram’s pranayama deep-breathing exercises. These are deep, lung-filling breaths, followed by slow exhalations. When you run, 25 percent of your energy goes to power your breathing, says Jamie Burr, a doctor of exercise physiology who researches the cardiovascular effects of running. “If you get better at the mechanics of breathing you can improve performance.”

Hot yoga can also help keep trail runners on their feet by developing balance and strength. Sara Brown, Doctor of Osteopathy and board-certified, sports-medicine specialist who practices at Chicago Sports Doctors, says she sees a lot of runners with muscle imbalances, such as weak hip adductors, that increase the risk of injuries like runner’s knee and tendonitis. Poor balance is another source of injury, especially for trail runners who have to cope with ever-changing terrain. Bikram yoga, which includes a sequence of balancing postures where you stand on one leg, increases coordination and can help overcome physical asymmetries that may contribute to injuries.

“Yoga develops postural awareness,” notes Ely. “You begin to understand how your body is positioned. This is relevant to all runners and it helps you maintain good form while fatigued.”

As with any intense form of training, hot yoga should be approached with caution. Paul Dobson, a seasoned Bikram instructor and former professional dancer, has witnessed overly determined runners risk injury in the yoga studio. The key to avoiding injury, according to Dobson, is to take it slow and practice correct form.

“People talk about ‘over stretching’—which means one of two things: either not properly contracting opposing muscle groups when you stretch or pushing a stretch so far that you actually strain the muscle. For example, when you’re doing a forward bend you need to contract your quads so you can safely lengthen the hamstrings.”

In hot yoga, you will sweat like you’ve never sweated before—especially if you’re used to exercising outside where sweat evaporates more readily. “Dehydration got me at first,” says Loutitt, who often does back-to-back classes. Then, he learned to “drink like a fish before, between and after each session.”

Dr. Brown suggests spacing out runs and hot yoga sessions: “Doing hot yoga and a long run on the same day demands a lot from your system and makes it hard to keep up with your hydration needs.” Adding electrolytes to your water intake can go a long way, though. With regular practice, you can do both on the same day—if you want to.

Integrate hot yoga into your training schedule gradually. No matter how fit you are, it’s bound to be hard at first, says Olga Allon, a life-long runner and sports enthusiast who now teaches and owns three Bikram studios. Don’t get discouraged by your first class. “It takes a while to adjust and learn the sequence,” says Allon. “Try to do it several times in the first couple of weeks.”

Some postures come easily, while others may take years to master. One day the heat is soothing, another scorching. Each day is different but they all add up to being stronger, more flexible and better balanced—both physically and mentally.

“When you do ultrarunning you’re going to reach a complete breakdown, you’re going to suffer. You see yourself deeply,” says Armstrong. “You [also] get to visit that place in the yoga room. That’s how you get to be the best you can be.”

This article originally appeared in our July 2014 issue. 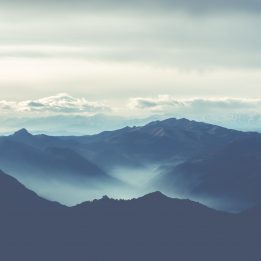 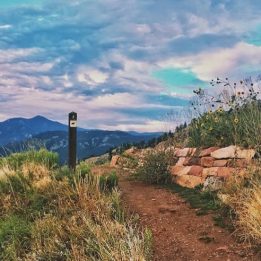