Use these exercises to improve climbing strength and downhill resilience 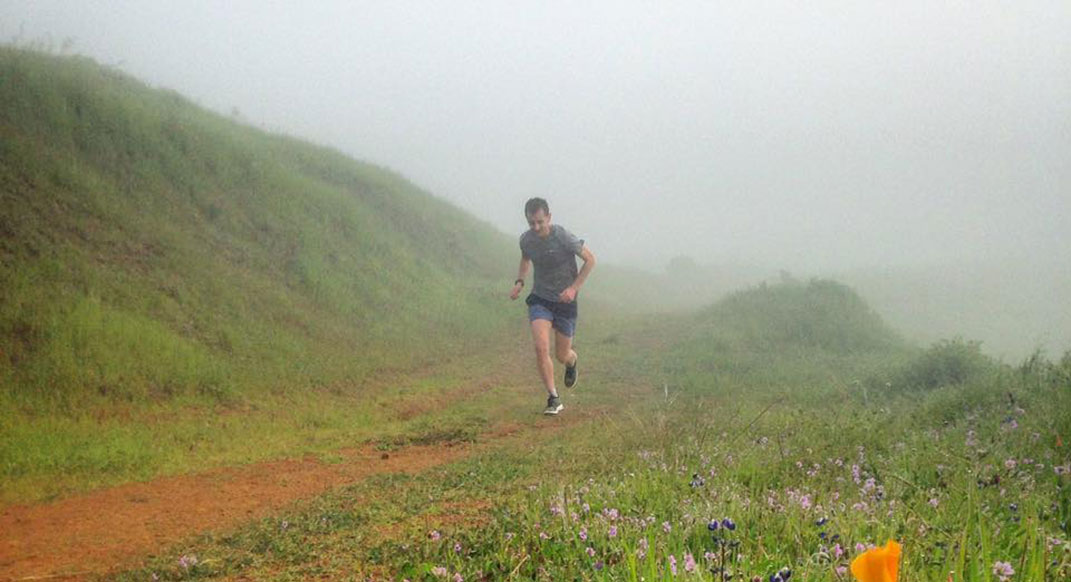 The author would be in even more pain on this hill if he didn't do strength-building leg circuits regularly. Photo by Megan Roche

If road and track runners are sports cars, trail runners are Jeeps. Sports cars are built to speed around on smooth city roads, but throw a mud-covered rock at one and it’ll break down before you can say “midlife crisis.”

You can throw anything at a Jeep, though. It is resilient.

Most of your Jeep-like resilience is earned on the run. The general formula is steep ups and downs mixed with rocks and mud, stirred together over the course of hours on the trail.

But trail time is only part of the picture. You also need physical strength to withstand the unique challenges of powering up mountains and bombing down into canyons.

That is where the five-minute leg circuit comes in. This quick, easy routine, done a couple times a week, can lead to trail-running breakthroughs, especially on steep climbs and long descents. 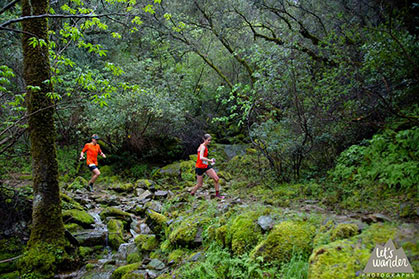 I stumbled onto the importance of leg strength in a roundabout way. In November 2013, I was diagnosed with a badly torn labrum. Simply walking to the refrigerator caused excruciating hip pain. I couldn’t even lift my leg to push down on the gas pedal. Surgery was scheduled for February. I’d be lucky if I was back in 18 months.

I began the healing process by feeling sorry for myself, commiserating with my close friends Ben and Jerry. (While it was excruciating to walk to the fridge, I can do anything for a pint of ice cream.) In mid-December, I hopped off the sad-wagon and jiggled my way to the gym. There, I started vigorous physical therapy focused on building hip, butt and leg strength.

Two weeks prior to surgery, the doctor told me that he was going to do a full repair, so I could have at it and do as much damage as I pleased in the interim. So I ran. And ran some more. Then something strange happened. It started to feel better.

The night before I was scheduled to go under the knife, I canceled the surgery. Over the next few months, it turned out that I was one of the lucky ones—the labrum became asymptomatic and I haven’t had any hip issues since. But in the wake of the time off, I had a revelation when I hit the trails. I was stronger than ever before.

That summer, I qualified for the U.S. Mountain Running Team. I was the only member who didn’t live in the hills. While my teammates trained on the beautiful mountains of California, Colorado and Vermont, I ran up and down parking garages in Washington, D.C.

I had a secret though. The leg-strength routine I had started while awaiting surgery had made my body more resilient to the demands of trail racing. All of a sudden, I could climb mountains. 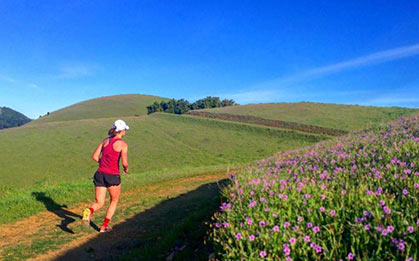 Since then, this simplified version of the circuit has been used by some of the athletes I coach, leading to major breakthroughs in some of the biggest trail races in the U.S.

Do these exercises twice a week, on days when you will be running easy or resting the following day so your body has time to recover. After your normal run or workout (to be sure you are limber), give your body a few minutes to cool down while doing some light stretching. Then, find an area with a set of stairs nearby and get to work.

Start with the classic forward lunge, stepping forward until your opposite (back) knee touches the ground softly, then returning to center. Do 10 on each leg, alternating.

Repeat the same exercise, but stepping backward this time, until the knee on the leg you are stepping with gently touches the ground. Do 10 on each leg, alternating.

Shake your legs out, because it is about to get harder.

Repeat the same exercise as number two, but instead of alternating legs, do all of the repetitions for one leg, then for the next. In addition, when you come back to center, don’t let the leg you are moving touch the ground, instead going straight into the next lunge. The continuous motion ensures that some tension is kept in the contracting muscle, while reinforcing proper form and balance. Do 15 on each leg.

Get ready for the grand finale.

When the foot hits the floor, step up again. It should feel like a soft, controlled bounce off the ground, almost like you are running, but with the leg on the stair doing almost all of the work. Repeat in rhythm, feeling your quad, hips, and butt fatigue rapidly.

Work up to about a minute on each leg. The burn should feel somewhat similar to the screaming quads of steep climbs. That is the idea—the workout is designed to use the muscles in a similar way as running, rather than just build general strength (like squats, deadlifts or leg press, which I do not recommend for trail runners unless as part of a supervised program).

Disclaimer: Although this routine only takes five minutes, it will likely leave you sore for a day or two at first. Ease into it and be safe, backing off if you feel any knee pain and finding the routine that is best for your body.

With lots of trail miles and a twice-weekly leg circuit, you don’t have to resign yourself to being a bad hill climber. Instead, make yourself resilient to the demands of the trail and embrace your inner Jeep.

I’m a high school XC and Track coach here in CA.. We have miles of great trails during the summer but once school is back in session its flat,flat,flat. Your 5 minutes Routine looks geat !utin Iusually have done 200 yard repeats up a very slight incline. With the’5 minute’ for the lower body and the battle rope routine for the upper body these harriers will be ingreat shape!!
Runningly
Mike

I work on the top floor of a tall-ish building. I’ve started taking the stairs two at a time, which is pretty much like the step-ups you are suggesting. I certainly feel it in my quads, butt, and hips. I’m able to do this a couple times a day. It’s good to do this, since I sit at a desk most of the day.