Training and the Benefit of Self Belief 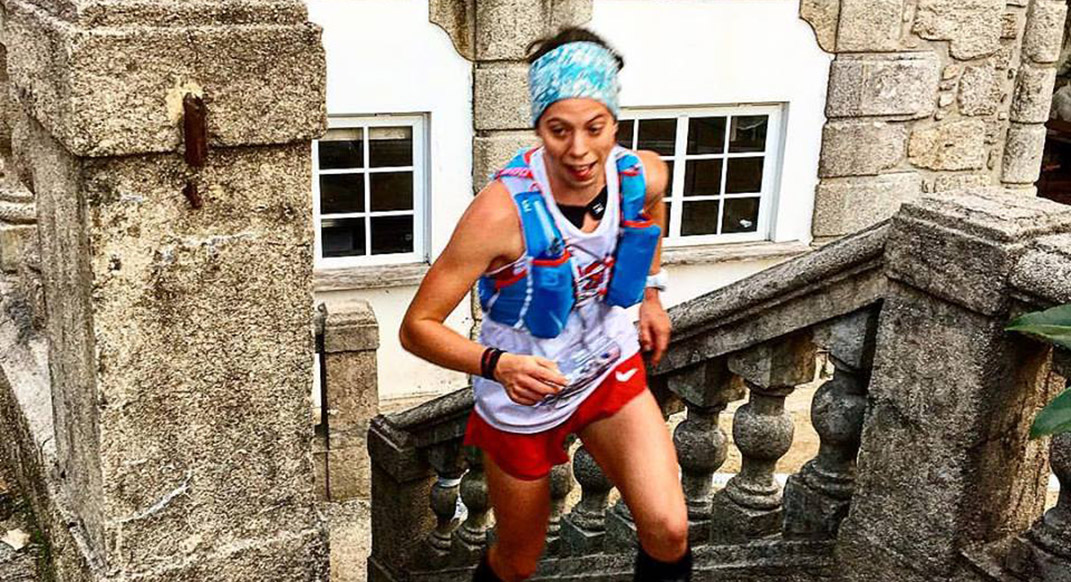 Corrine on her way to a top-U.S. finish at the IAU World Trail Running Championships in October 2016. Photo by Nancy Hobbs.

The best training tip isn’t about training at all. Instead, it’s about life.

And it’s simple: believe in yourself.

That cliché may seem like it belongs on a motivational cat poster, but it gets back to what makes a runner reach his or her potential.

A lot of self-belief can lead to a little bit of performance benefit each day. Integrate those little benefits over many years, and you have an athlete that gets a major physiological boost from their psychological approach.

I learned about belief through my dad, Michael Roche, who is a legendary coach in Maryland. The area where I grew up on the Eastern Shore of the state was known for three things: corn, crab cakes and subpar youth sports teams. But my dad didn’t care about that last one.

He coached my first soccer, baseball, touch football and basketball teams, taking a random assortment of mostly-nothing talents and turning us into respectable nuggets of enthusiasm. Even as all evidence pointed to the contrary, he indoctrinated us with the belief that we could be the best soccer/baseball/football/basketball players there ever were

Fast-forward 10 years, to when my teammates and I were in high school. From a school system that had never accomplished much in those sports, there were now near-undefeated seasons in football and college scholarships in baseball. My dad knew little about the specifics of coaching, but that didn’t matter. He believed, so we did.

While that story is so sappy you could put it on pancakes, it demonstrates the very real impact of belief on athletic performance. Belief isn’t just what gets you to the finish line—it’s what gets you to the start line stronger than you may have thought possible. It won’t make you race until you’ve melted into a puddle like Zach Miller, but it might make you train enough to race like him.

What gets you out the door each morning at the glutes-crack of dawn? What makes you grit through that gloriously woeful workout on a random Wednesday in March? What allows you to see a long-term vision of what you might be able to become?

The answer, of course, is belief.

The Science and Art of Belief

In my coaching experience, athletes who believe in themselves are more enthusiastic, more passionate and more confident in what they are capable of. Their workouts are better. They are more consistent. Their perceived exertion is lower. They are faster, day after day.

This day-after-day benefit may be a placebo effect, but the long-term gains athletes experience as a result are very real. The placebo effect of belief has proven itself time after time. For example, in one 2014 study led by Dr. David Bishop from Victoria University in Australia, participants were given “recovery oil” that turned out to be merely a diluted skin cleanser. Without knowing this, the athletes all reported better rates of recovery and strength in the days after a tough workout.

In another 2012 meta-analysis in the British Journal of Sports Medicine, controversial ice baths were found to have better subjective results (reduction of soreness and more rapid recovery of strength, both liable to the placebo effect), rather than objective ones (levels of muscle damage). And a 2013 study in the same journal found better results for people that have favorable views of ice baths.

So what happens when you have a favorable view of yourself?

The prototypical example is Roger Bannister, who broke the four-minute mile barrier, resetting what people thought was possible. Freed up by the knowledge that a sub-four-minute mile was attainable, several other runners set down their own sub-four-minute miles over the next few years. The limits, it turns out, weren’t totally physical. They had a key mental component too.

The best example of self-belief I have ever seen firsthand in trail running is Corrine Malcolm. When I first met Corrine in 2013, she was a competitive Nordic ski racer but a nobody in the trail running world—frequently injured, with no particularly mind-blowing workouts or results.

In our first meeting, we talked (I thought jokingly) about her potential to be a national champion. But, to borrow a term from her native Wisconsin, dagummit, she believed. For almost three years, she trained with the mindset that she could be the best. A lot of people doubted her, but she didn’t listen to them. At times, she may not have listened to reason at all.

When she won the U.S. 50 Mile Trail Championships in 2016, almost everyone was surprised—except for Corrine.

So where does all this talk of belief leave us?

It doesn’t matter how lofty your goals are, nor whether you reach those goals. Just by believing, you’ll get closer than you would have otherwise.

The year after shocking the world, Corrine’s new normal is as one of the best trail runners in the world. What was once insane is now commonplace. Belief can act as emotional alchemy that turns discouragement into confidence, and given time, that can turn the impossible into the ordinary.

When you don’t get ’em next time, tell yourself, “No worries, I’ll get ’em in a few years.”

If you really, truly buy in to yourself, and work strategically in pursuit of your goals, those long-term pipe dreams have a magical way of becoming reality.

Dream big and never stop believing, even if it seems crazy, and even when you fail. You might not reach your dreams right away, but I promise that you’ll end up closer than you could ever imagine.

David Roche runs for HOKA One One and Team Clif Bar, and works with runners of all abilities through his coaching service, Some Work, All Play. 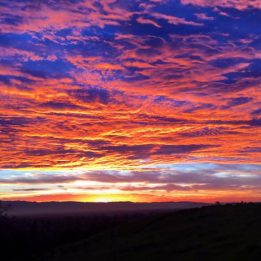 Thanks for another awesome article, David! Perfect timing for me! I have a big race on the calendar for this weekend, have trained my butt of and am going for my first win/CR!! I KNOW I WILL do it!! This article is great inspiration!! Thanks!

I start my day off everyday with this calendar which I think you’ll appreciate and love!
https://www.amazon.com/gp/product/B01HR8KFF2/ref=oh_aui_detailpage_o08_s00?ie=UTF8&psc=1

Ken, I was really hoping it was a puppy calendar 🙂

You are awesome! ALL DAY!

Great read. Thanks for the steady stream of no nonsense spirit food, David.

Dagummit is a new phrase to me. Apparently 33 years of being a Wisconsinite have failed me.

This is so good. “Belief can act as emotional alchemy that turns discouragement into confidence, and given time, that can turn the impossible into the ordinary.”