What You Need to Know About VO2 Max

VO2 max is a popular variable used to explain workouts and performance. What is VO2 max, and how much should you care about your number? 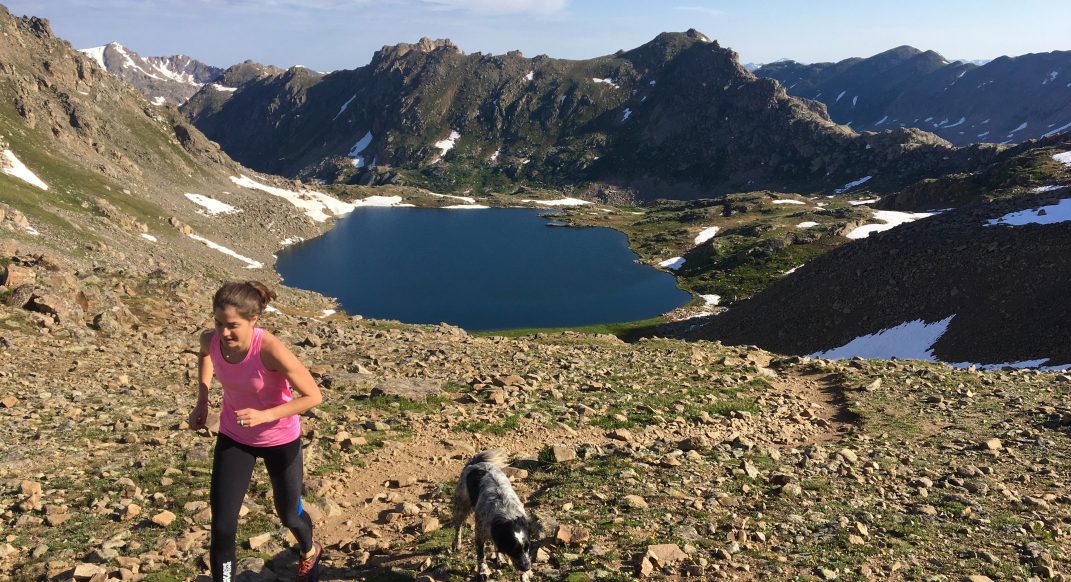 If you’re a serious golfer, you might get asked, “How far can you drive it?”

If you’re a baseball pitcher, it’s, “How hard can you throw it?”

If you’re a runner, a similar question might be, “What is your VO2 max?”

The longest drive and fastest fastball don’t always win, and the same is true for VO2 max. Instead of being the bellwether of performance, VO2 max is one of many variables that go into making a complete trail runner. Here is a primer on what you need to know about VO2 max.

VO2 max is the maximum amount of oxygen a person can use, expressed in milliliters of oxygen per kilogram of bodyweight per minute. In basic terms, the more oxygen you can take in, the faster you can run.

VO2 max generally corresponds to an effort an athlete can sustain for seven to 11 minutes (with variance due to physiology and how VO2 max is being measured). Typically, VO2 max is measured in a lab, on a treadmill, with an athlete pushing herself until she heaves up her Froot Loops. The point at which measured oxygen consumption plateaus is VO2 max.

Many of the best athletes are famous for otherworldly VO2 maxes. While most people have VO2 maxes around 30-55 ml/kg, Kilian Jornet has an astounding 89.5 ml/kg VO2 max. Matt Carpenter, who currently holds the record for Pikes Peak Ascent, was at 92 ml/kg in his peak fitness. A typical Iditarod sled dog tops the charts at 200 ml/kg.

What is VO2 max not?

While many top athletes have high VO2 maxes (mostly due to genetic luck), this alone does not predict much. Variables like lactate threshold, aerobic threshold and running economy also play a major role. To put it another way, a good VO2 max will get you into the club, but it won’t teach you how to dance.

The VO2 max paradox centers on the fact that VO2 max doesn’t improve much with training in experienced runners. One study in the Journal of Sports Medicine and Physical Fitness looked at 33 elite runners who improved on average one percent over the course of three years. However, those athletes’ VO2 maxes didn’t improve at all.

Another case study in the International Journal of Sports Science and Coaching looked at marathon world-record holder Paula Radcliffe and found that Radcliffe’s VO2 max remained steady from 1992 to 2003, despite a massive increase in training and performance.

The runners that benefit most from VO2 max training are less-trained athletes, who might see large jumps in VO2 max when they first start out. For example, a study in the journal Clinical Science put six healthy recreational athletes on a program involving increasing weekly running volume. Over the course of 36 weeks, the athletes went from from 20K to 73K per week, with gradually increasing intensity. At the end of the study, the athletes’ VO2 maxes had increased an average of 13.7 percent. However, all of the changes were measured in the first 24 weeks, without any increase in VO2 max in the ensuing 12 weeks.

In sum, there is strong evidence that while VO2 max is determined mostly by genetics, it can be improved by five to 20 percent early on in training. Past a certain point, however, it stabilizes (and reduces with age). However, VO2 max stabilization does not correlate with stabilization in performance gains. Even after VO2 max has plateaued, athletes can have major leaps in performance.

Why is focusing on the VO2 max number in training sub-optimal?

If VO2 max doesn’t change significantly in well-trained athletes, hammering out VO2 max intervals probably isn’t going to make that number budge. Moreover, as described by top coach and exercise scientist Steve Magness in an article titled “The Fallacy of VO2 Max,” using VO2 max to determine training intensities might not yield the hoped-for results, since “each individual will have a wide range of adaptation, even if training at the same percentage of VO2 max.”

For example, one athlete running at lactate threshold (around their one-hour effort) might be at 85 percent of his/her VO2 max, while another runner at that same effort level might be at 91 percent of his/her VO2 max. The same workout could provide a very different stimulus for each of them. VO2 max could be used in a sophisticated training program in conjunction with other variables (such as Lactate Threshold to VO2 max ratio, or velocity at VO2 max, which incorporates running economy) to determine optimal training response, but VO2 max alone does not tell the whole story.

So should we do VO2 max intervals at all?

While you shouldn’t sweat your specific VO2 max number, and you shouldn’t train with the main focus of improving it, traditional VO2 max intervals can provide lots of benefit.

Race-prep VO2 max intervals: 12 x 1 minute steep hills hard about a week before a race (run down recovery). These hills hurt, and sometimes being comfortable with a bit of hurt goes a long way on race day.

David Roche runs for HOKA One One and NATHAN, and works with runners of all abilities through his coaching service, Some Work, All Play

What about us older runners? I understand that VO2 max declines with age but that these workouts might help lessen the rate of this decline? Great article again. Always enjoy!

Same question for me about older runners. I think Joe Friel in book: Fast after 50 stresses VO2 max as key workout to maintain speed/performance as we get older.

David,
Nice article. Could you please give us a PDF, or the bibliographic info (issue, page#, authors, year) for the Clinical Sci paper?
My questions are:
1 What caused the plateau effect to the VO2 max values? Was it that the number of mitochondria/muscle cell reached a max?
2 Would a stint of high altitude training increase VO2 max values after this plateau has been reached?
Thanks!
Suresh

I would be curious about any info on max heart rate. My running friends and I seem to exceed what’s recommended for us too often. And I know this may actually be detrimental to our overall training and fitness.

This is kind of late, but for anyone else coming along. HRmax is genetically determined and very, very different between people. While 220-age or some other formula can be fine to estimate averages in the population, it can not be used to estimate your own maximal heart rate with any precision at all.

Take a proper HRmax-test and use percentages of that number to determine intensities. Or even better, take a lactate threshold test and use that 🙂