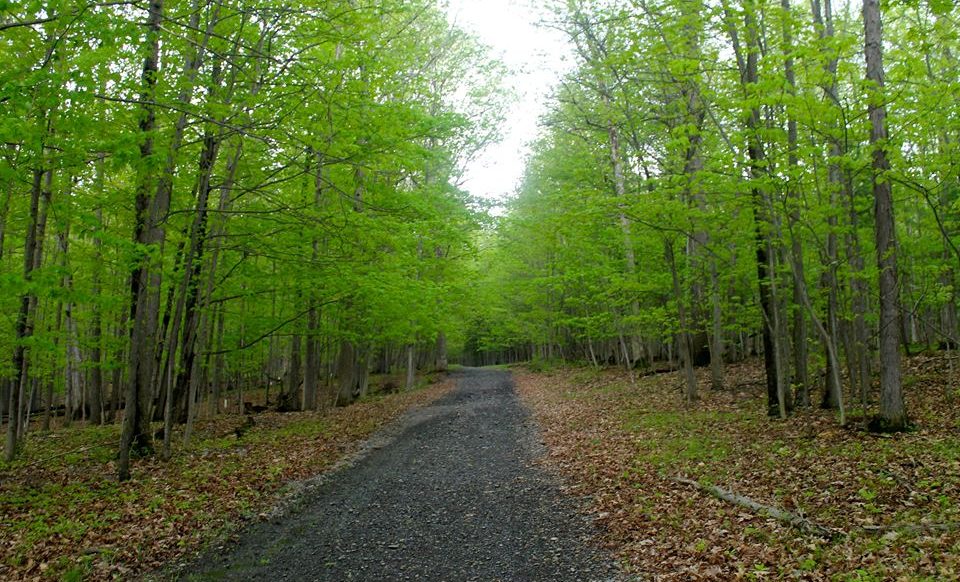 Pressed against the southern tip of Cayuga Lake, in the Finger Lakes region, Ithaca, New York, boasts a well-worn tagline—“Ithaca is Gorges!” And with those gorges etched into numerous state parks and private lands featuring extensive trail systems, Ithaca and the surrounding Upstate New York area is a year-round trail running mecca—as long as you don’t mind
blistering cold with a few packed feet of snow, heavy downpours mixed with clammy, sticky air or unfettered sunshine and warm temperatures.

Finger Lakes Running Company, a premier run-specialty store based out of the central Ithaca Commons, provides a space where runners can meet up for group runs, discuss upcoming trail races and the newest gear and nosh on local grub. The group runs are often accompanied by stimulating conversation, with Ithaca being a notably progressive and highly educated
community, thanks in part to Cornell University and Ithaca College.

As a trail-running destination, Ithaca has a number of fantastic trail systems that allow locals and visitors to appreciate the natural landmarks that cause tourists to flock to the city year-round.

With several interconnected trails accumulating to over five miles, the Six-Mile Creek Natural Area offers a diverse ecology in which runners can experience forest, marshland, streams, gorges and waterfalls, all within the same route. While some of the natural area remains untouched and
minimally maintained—causing for some minor scrambling and leaping over felled trees, there are still many well-marked and maintained trails that wander creek-side from the Mulholland Wildflower Preserve up to the 60-foot-tall “Second Dam”—a popular swimming hole with emerald-green water surrounded by cliffs.

Cross over the short chain bridge near the Wildflower Preserve parking lot and you can connect with the South Hill Recreation Way—3.5 miles of hardpacked, wide dirt trails featuring diverse woodlands. If you venture away from the main trails and into the forested, bisecting trails, you can amble toward the other side of Second Dam, making for another enjoyable viewpoint.

A scenic preserve of wild beauty, Robert H. Treman Park provides a combination of highly maintained and more-primitive trails where runners can stride past 10 waterfalls, tear up and over rolling hills shaded by a dense canopy and ascend a carved-stone staircase that leads to the
breathtaking, 115-foot Lucifer’s Falls. From here, you can stop and inspect the mile and a half of wooded gorge you just ascended.

The Rim & Gorge Trail Loop garners the most foot traffic, and sports a number of rolling, quad-burning climbs prime for hill repeats, as well as cliff-side views of the rugged Enfield Gorge. Turning off near the intersection of the Rim & Gorge Trails, you can climb up the cliff staircase, dubbed the Stairway to Heaven, that leads to the overlooks at Lucifer’s Falls.

Runners can easily connect to the Finger Lakes/North Country Trails within Robert H. Treman, allowing the adventurous to add on more mileage amongst eastern hemlock and white-pine forests, quiet meadows, sweeping creeks and abundant wildlife, where you’re likely to spot warblers, great blue herons, deer and foxes. If you’re looking to appreciate the trails across a few days or simply enjoy and engorge with a post-run cookout, the park features a number of campsites and community grills for use.

More waterfalls and gorges await runners at Buttermilk Falls State Park. Known for the stunning cascade that spills forth from Buttermilk Creek, the trails here offer an impressive mix of inclined, leaf-strewn paths of root, stone, dirt and mud that hover above the gorges. Flat and shaded lakeside trails can be found throughout the upper park, while steep stone staircases
will lead runners alongside the mist-coated gorges.

Following the Bear Trail to Lake Treman Trail makes for a 3.4-mile loop that offers a tough and rocky ascent beginning with a quarter mile of stone-cut stairs; following the Gorge Trail makes for a worthwhile trip, whether climbing from the Lower Park to Upper Park, or reverse, as you will pass by nine small cascades, various still-water pools and riveting rock formations as you make your way to/from the larger cascades of the park. Consider dipping in for a swim afterward to cool down and appreciate the falls.

Formerly part of the Lehigh Railroad route, whose Black Diamond Press once shipped passengers from New York City to Buffalo, the Black Diamond Trail is a welcome and long-awaited addition to the Ithaca trail system. Runners should expect to encounter a lot of nature along its unpaved 8.4 miles: towering canopies of hemlock, hickory and maple, countless
pastoral lands and cascading gorges headed for outlet into Cayuga Lake. The trail features quite the payoff too—it empties at Taughannock Falls State Park, which features a spectacular 215-foot waterfall.

Starting near the outer boundaries of the city of Ithaca, runners will be able to interconnect onto other trail systems and parks in the area.

Another relatively new Ithaca trail, the paved, 5.5-mile Cayuga Waterfront Trail presents runners with some of the city’s favorite waterfront destinations. Starting at the southern shore of Cayuga Lake at Stewart Park, runners can follow the trail along the Cayuga Waterfront over a few footbridges, past the vibrant Fuertes Bird Sanctuary, Ithaca College’s and Cornell University’s boathouses and the historic Steamboat Landing (location of the lively Ithaca Farmers Market), all the way toward Cass Park).

This route makes for carefree running with a mix of natural and urban lakeside views. If you make a pit-stop at the Steamboat Landing Farmers Market (open on Saturdays in the winter and Saturdays and Sundays during the summer), you’ll be able to browse artisanal crafts or enjoy a fresh pastry and local coffee.

I was disappointed that The Finger Lakes Runners Club, based out of Ithaca NY was not mentioned in this article or any of the multitude of trail runs it puts on. https://fingerlakesrunners.org/race/upcoming/ This years marks it’s 50th anniversary. The club has been supporting the local Ithaca community with many opportunities to run all kinds of events. Well worth a mention here.

Thanks so much for your comment. See the updated article with Finger Lakes Runners Club. Cheers!

We’ve updated the article based on the comments about the Finger Lakes Runners Club. Appreciate the information!

Nice article, but a great resource left out is the Finger Lakes Runners Club which holds about 12 trail races a year ranging from 7K to 50 miles all over the Ithaca/Finger Lakes area, along with various road races from 5K to half marathon, and, if that’s not enough, the club offers indoor track meets in the winter and outdoor track meets during the summer: https://fingerlakesrunners.org/

Thanks for your comment. Please see the updated article.

For the main volunteer-run running and racing organization in Ithaca, check out the Finger Lakes Runners Club, which is celebrating its 50th anniversary in 2018. FLRC puts on 8 trail races every year, along with 10 road races and 7 track meets (indoor and outdoor). FLRC also coordinates low-key group runs on the Black Diamond Trail on the first and third Sunday of every month, and the Eat and Run group (which gets brunch after running) on the second and fourth Sundays.

Check it all out at https://fingerlakesrunners.org/

Thanks so much for the added info!

“The local trail/road racing organization, Red Newt Racing,”…. seriously misleading — it should be “a” and not even the main one. The non-commercial Finger Lakes Runners Club has been organizing road races since the late 1960’s and trail races since the mid-80’s. See https://fingerlakesrunners.org/ for full palette of excellent, reasonably priced trail races from 5k to 50 miles.

Thanks so much for the added information!

How do ticks impact trail running in that area ?

As with running on trails anywhere in the Northeast, you’re well advised to check yourself for ticks after running in the woods or fields. Lyme disease is nasty stuff. I know lots of people in the area who have gotten it, though relatively few runners.

Solid and challenging trails just outside the city limits as well: Hammond Hill State Park in Dryden, Michigan Hollow Rd in Danny has Abbott Loop, not to mention the Finger Lakes Running Club. Search their web site and view the local trail running circuit. This collection or races visits all the best local spots for challenging trail runs.

This article certainly points out in a VERY DETAILED ACCOUNT, all the information a runner would need to run in this area! Sounds like a GREAT ADVENTURE for any running level! Thank you!

I went to college in Ithaca and got interested in trail running thanks to all of these trails. I highly recommend Ithaca for trail runners, just be ready for hills!