The Morning After UTMB

The aftermath on the streets of Chamonix post-UTMB 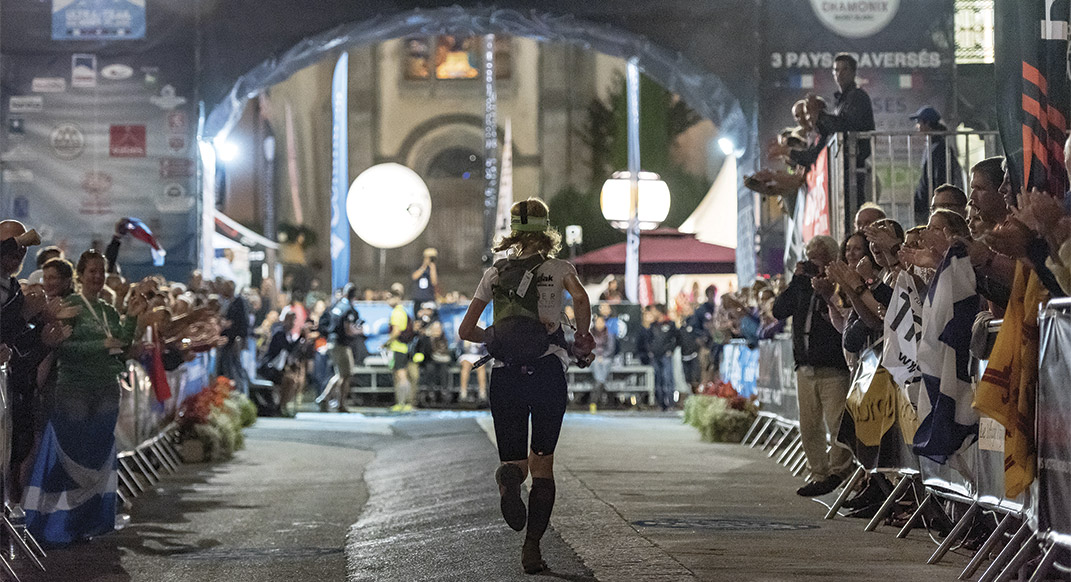 UTMB. In the realm of trail races, it simply doesn’t get any bigger than Chamonix, France’s Ultra-Trail du Mont-Blanc. The race bills itself as the World Summit of Trail Running, and with 8,000 runners from 87 countries spread among five races, the claim is hard to dispute. For a trail runner, the spectacle is unrivalled. There are live announcers and a jumbotron at the finish. This year’s starting line send-off featured a choreographed modern dance.
The pre-race organization is equally impressive. Beginning months in advance, a steady flow of training guides, transportation info, course maps and programs fills your mailbox and inbox.

The morning after you’ve raced one of UTMB’s ultra-tough events, your brain feels like you’re coming around after a half-dozen shots of cheap moonshine. Your body feels like it’s been pummeled by rocks because, in a sense, it has. And your feet? A posse of meth-smoking, body-building, anger-management dropouts beat them with a bag of hammers.

Once you’ve showered and gotten a few hours of restless sleep, you may find yourself shuffling your swollen feet through Chamonix, trying to reintegrate into society. But passersby won’t register. The last 40 hours have hoovered every clear thought from your head. The many cafés that line Chamonix’s pedestrian walkways look awfully inviting. But your quads will freeze at the sight of a four-inch curbstone, and you will shuffle on.

Something is different, you think. Then it hits you. There are now thousands of finishers just like you roaming the streets. Fact: There is no place on earth more filled with human ultrarunning detritus than Chamonix at the close of UTMB.

Make eye contact with these comrades, and you will trade a hundred stories in a millisecond. “It was tough out there. I saw things …” and your eyes respond with, “I get it, buddy. It’s OK. No one can make us run if we don’t want to.”

There are weird new mannerisms. We glance at wrists, scanning for UTMB’s cloth bracelets. Orange indicates the 52-kilometer OCC. They get a quick nod. Purple deserves your reverence. These people have run the 290-kilometer-long PTL, cruelly named Petite Trotte à Léon. (Léon being the affable baker with the sadistic streak who helped create the event.) You nod, recognizing that PTL finishers have experienced things beyond your comprehension, and you both know it.

Chamonix, meanwhile, is off-kilter. The smell of sweaty humanity hangs in the air. Was it a war or a techno dance party that took place? It’s hard to decipher. Dusty bandages are scattered along the curb. Empty packets with names like Isotar, Overstim and S-Caps litter the cobblestones. Glance down an alley, and you might see someone slumped over, queasily eyeing a croissant, unsure of whether to dare.

Along the UTMB course that wends its way through Chamonix for the final few hundred yards, a steady stream of zombies stumbles onward. These poor souls have run through two nights.

Higher thinking long gone, their reptilian brains move them forward. One hundred yards from the finish, I saw someone in his 46th hour mistakenly run down an alley, not looking up until he rebounded after hitting a gate. Last year, a friend and I spotted a (former) runner being carried in. Wild cheers went up from café onlookers, for whom UTMB week is more entertaining than a “Game of Thrones” season finale.

Nowhere are things more curious than at the dramatic finish-line arch, just a few feet from the centuries-old Church of St. Michel. Go there any time during the close of UTMB week, and you will see runners finishing one of the races. Minutes later, their crumpled bodies will be wearing flashy 2016 UTMB-finisher vests.

You’ll overhear comments that will stay with you the rest of your life—including, this year—“Find me, Léon. Because we’re going to have one hell of a f*ckin’ conversation.”

Here’s the weirdest thing about it all, though. I liked it. No, actually … I loved it. And come next August, one way or another, I’ll be back.

Doug Mayer ran UTMB’s 120-kilometer TDS in 2016, and is missing four toenails to prove it. When he’s not stumbling through Chamonix, he oversees the running-tour company Run the Alps.