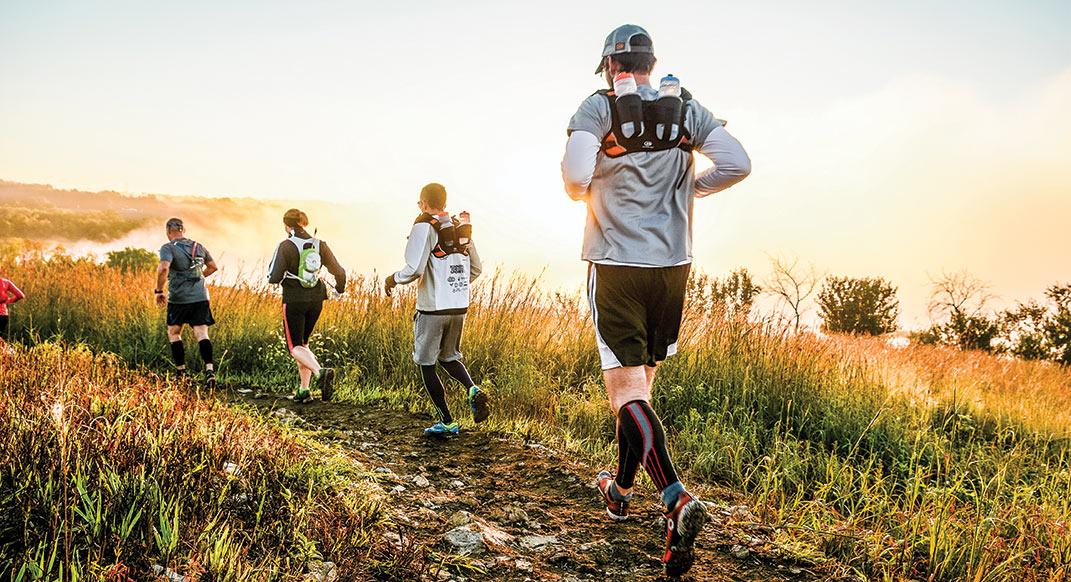 Kansas City is serious about its trail running. The local trail-running group, called the Trail Nerds, is so named because its dedicated members proudly nerd out over all things dirt. The Trail Nerds number in the thousands, host multiple group trail runs each week and put on some 25 trail races in 2015, ranging from one mile to 100 kilometers. And the Trail Nerds is not some new-fangled running group that’s formed during the trail-running boom of the last couple years. It was founded in late 2000 by “Bad Ben” Holmes, supposedly nicknamed for his craft-beer penchant, and he still runs the club.

“The trail-running culture has been growing since I started the Trail Nerds,” says Holmes. “We also foster, fund and encourage trail maintenance and trail-building efforts, and work on trail projects with local trail-building groups. And the Trail Nerd community is family-oriented; we allow kids and canines in all of our races and training runs.”

While Holmes says that the local limestone substrate provides trails with both technicality and hills—“Yes! We even have hills!”—it seems that KC trail running’s greatest quality is its massive and active community. On the trails around Kansas City, nerds unite.

> Wyandotte County Lake Park / The park’s centerpiece is a reservoir surrounded by an almost nine-mile trail designed for horses but open to multiple uses, including trail running. Recently, a couple of new singletrack sections have been built, adding more mileage and technicality. Rolling terrain and deciduous forests dominate the park, which is about 10 miles northwest of Kansas City’s downtown. Bad Ben recommends starting at Shelter #14 on the lake’s northwest side for an easy primer on the region’s trails.

> Shawnee Mission Park / You can get a 20-miler in with almost no overlap at this park, which also has a reservoir at its center and is located about 16 miles southwest of the city. The land north of the lake holds most of the park’s trail mileage, and these trails were built at mountain-bike grade, which translates to “runnable.” Use a combo of bridle and hiking trails to fully loop around the lake and pile on the miles. 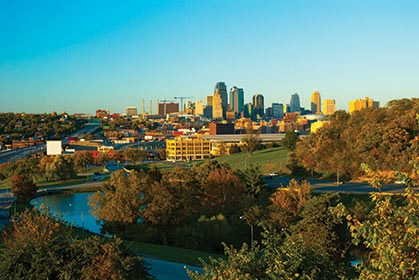 > Rock Away Night and Day Trail Runs / The Trail Nerds held this Friday night half-marathon and a Saturday afternoon and evening 50-miler for the first time in August 2015, and received glowing reviews. The event takes place on Perry State Park’s trail system, which is about an hour west of Kansas City.

> Get There / Kansas City is well planted on the U.S. interstate system, with north-south I-35 and east-west I-70 traveling through. Drop into town via the Kansas City International Airport, located just over the state line in Kansas City, Missouri, or on Amtrak. You’ll need a rental car to access the best of KC’s trail goods.

> Play Tourist / Kaw Point, the Kansas-Missouri River confluence where Lewis and Clark once camped, is in downtown KC, Kansas, and Kaw Point Park is a great spot to learn about the land’s history. Explore the life of an influential aviator at the Amelia Earhart Birthplace Museum, about an hour northwest of KC proper. Many of KC’s trails are located at parks with reservoirs; in summer, embrace the water scene after your trail runs with a shoreline picnic, swim or rental watercraft.

> Take Note / Most of the trails you’ll run in and around Kansas City are multi-use. Note changing right-of-way rules and respect all trail users.