This is the place ... for trail running 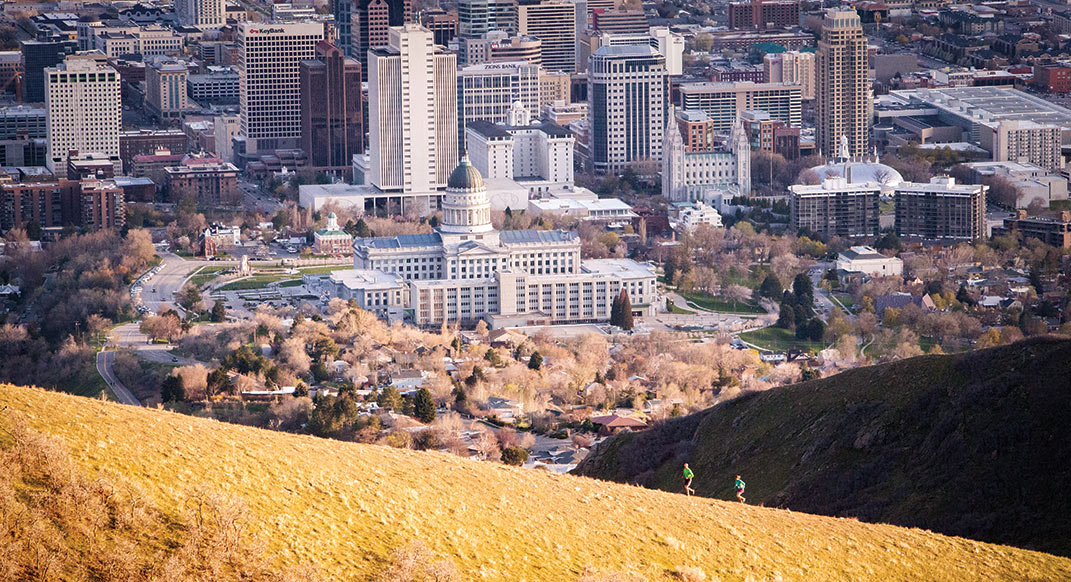 It is said that when Mormon pioneers happened upon the view of the Salt Lake Valley, they exclaimed, “This is the place.” The thousands of locals who take to the trails for recreation agree. The Wasatch Mountains claw thousands of feet into the sky, away from flat Salt Lake City (SLC), providing a palette for hundreds of miles of trails, everything from buttery singletrack to rutted, rocky, alpine routes.

Though trail runners have called SLC home for decades, the community has grown by leaps and bounds in the last 10 years. With more trail runners, more trail races and more running stores selling trail-running products, this is the place for trail running. 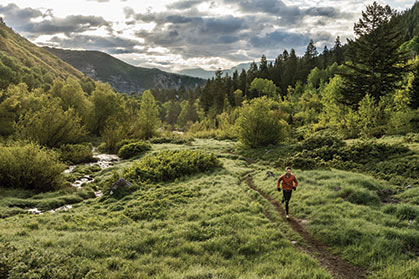 > Grandeur Peak / While an untrained eye might not be able to pick out 8,299-foot Grandeur Peak among the Wasatch Mountains, it’s an icon for trail runners. Jared Campbell, a local badass who has finished the Hardrock 100 10 times and is a Barkley Marathons finisher, loves this peak.

“The West Side is a grunt at nearly a perfect vertical kilometer and 2.2 miles one way. The Church Fork route, 3.1 miles one way,  is more popular, gaining 2,400 feet to the summit. Viewing the city at night from the top is a must-do.”

> Bonneville Shoreline Trail / A terrace created by the eastern margin of ancient Lake Bonneville, which covered western Utah thousands of years ago, hosts a trail traveling along the western edge of the Wasatch Mountains. There are dozens of BST access points, including some in downtown SLC. Most of the BST is mellow singletrack, but you’ll still find occasional steep pitches and rocks to challenge.

> Wahsatch Steeplechase / If you want to blame something for the proliferation of trail running in Utah, blame this 17-mile beast, which held its 36th edition in 2015. Steep and burly are good descriptors of the race, which sports some 4,000 feet of climbing and scrambly, hands-on-rocks sections.

> Wasatch Front 100 / The Wasatch 100 is the mountain race of this region. Tracing a point-to-point, 100-mile line from Kaysville, north of Salt Lake City, to Midway, on the backside of the Wasatch Mountains, the course spends its time as high as it can in the Wasatch, often atop the range’s crest. 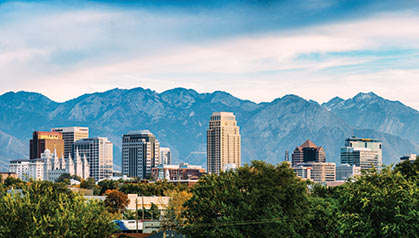 > Get There / At some point in their life, just about everyone takes a road trip on Interstate 80, which happens to roll right through SLC. Or fly into the Salt Lake City International Airport. Amtrak and Greyhound serve SLC and its various suburbs. Public transport is decent here, and you can access a number of trails with just a short road run from downtown. Car-share programs are growing, so use these to access the farther-off trailheads.

> Play Tourist / The mining-turned-tourist town Park City is a fun day trip, just a half hour into the mountains from SLC. Visit the Park City Museum to learn about the town’s mining story and the Utah Olympic Park to see where some events of the 2002 Olympic Winter Games took place. Beware, there are also hundreds of singletrack miles in Park City!

> Take Note / You can run trails in SLC even in the winter. With a huge population of runners, hikers and bikers, many of the trails near town get packed out after each storm. Ice is prevalent, however, so consider traction devices.