Louisiana lands an ultra on the levee

The Mississippi River levee is the course of a new ultra: the Rouge-Orleans. …

The Mississippi River levee is the course of a new ultra: the Rouge-Orleans, and the inaugural race was held last March.

“We had no trail ultras in Louisiana,” says Rouge-Orleans race director Jeff Beck. “So my business partner, Denver Benton, and I decided to introduce one. Nobody had utilized the levee for a foot race, but, even though we have a lot of trails here, when most people do a long run, they go to the levee.”

The point-to-point course hugs the Mississippi River, the longest river in the nation, and runners race atop the gravel and dirt levee, a sloping bell curve raised 15 to 20 feet above the surrounding area, 126.2 flat miles from Baton Rouge to New Orleans. You may run solo or on a relay team of two, three or six people.

The levee provides racers with an intimate glimpse of the Deep South, offering expansive views of barges and ships passing down the Mississippi, and an agricultural basin home to farmland, cypress trees, sugarcane fields, live oaks, swamps and trees dripping with Spanish Moss.

“It’s beautiful. You’re running alongside the river, through plantation areas, open cattle ranges and along with wild horses,” says 2011 solo finisher Mark Hellenthal of Phoenix, Arizona. “And at night, the fog rolls off the river. I had done night runs before but nothing with such vast areas of emptiness as the Rouge-Orleans.”

The only aid stations are at mile 25, 50, 75 and 105. To make it feel even more isolated, the race takes off in three waves—based on expected finishing times—starting at 7:30 p.m., so be prepared to potentially run many night-miles alone.

A Run through History

Most everything about Rouge-Orleans is steeped in history. The main cannons of the U.S.S. Kidd Battleship, a historic World War II destroyer moored beyond the levee, are fired to signal the start of the race, which ends at the popular Audubon Park, the former 18th-century plantation of Etienne de Boré, the father of the sugar industry in Louisiana and New Orleans’ first mayor.

The route is also bordered by the two-lane Great River Road, one of the oldest scenic byways in North America, which supplemented waterborne traffic along the Mississippi’s length towards New Orleans during the early 1900s. In the races’ early miles, runners pass the site of what used to be the only leper colony in the continental U.S., housed in the abandoned slave quarters and plantation home of Indian Camp Plantation, a location now on the National Register of Historic Places.

Later, the route showcases the state’s most famous plantation homes, massive antebellum mansions that provide a peek into the area’s legacy of cotton and sugar agriculture. And the 100-mile marker highlights the Bonnet Carre Spillway, which plays a major role in protecting New Orleans from flooding.

Grueling Gravel and the Mighty Mississippi

Even though the course is pancake flat, the physical demands of 126 miles on the levee take a toll. “Because of the gravel, it was one of the most brutal races I have ever run,” says finisher Kathy Hoover, of Tulsa, Oklahoma. Beck recommends a trail-running shoe with a rock plate, and warns, “There is no shade out there.”

Though in jest, according to the race website: “If you are unable to finish the race you’ll be fed to the alligators.” It rained for the first 30 hours at this year’s inaugural race.

“We couldn’t have asked for worse weather,” says Beck. “It was horrifying—thunderstorms, lightning, wind and tornado warnings. Aid stations even blew away. But the funny thing is that everyone just said it made the adventure more epic.”

Around 100 runners from 40 states participated in 2010, and Beck says many repeat racers are scheduled to take on the next Rouge-Orleans to be held on February 10.

Hellenthal will be on the starting line. “I want to be a part of it every year,” he says. “I’m going to keep running this race until I can’t run anymore.”

For more information and to register for the 2012 event, visit www.forgeracing.net.

Says Beck, “We have a saying: come to run, stay to party.” In true carnival spirit, the race kicks off with a pre-race party on the levee and ends with a post-race party at the finish. And then the celebration continues.

Mardi Gras is Louisiana’s oldest celebrated holiday. It is a whole season, known as Carnival, that begins on January 6 and lasts until Fat Tuesday (February 21). During the last two weeks, around 60 parades sweep through New Orleans.

“Mardi Gras is the love of life,” writes New Orleans author Chris Rose. “It is the harmonic convergence of our food, our music, our creativity, our eccentricity, our neighborhoods and our joy of living.”

If you can still run, much less walk, after the race, Beck suggests these other Louisiana trails: 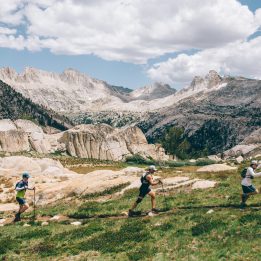 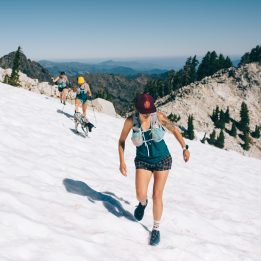