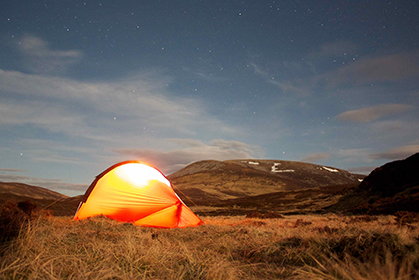 Ultralight gear for multi-day jaunts in the backcountry

As an avid trail runner and a life-long backpacker, I’m somewhat obsessive when it comes to finding the right gear.  Never has this been truer than after a fastpacking trip in the North Cascades two summers ago. My friend and I spent three days in the backcountry, running more than 20 miles and around 6,000 vertical feet a day. I carried a traditional backpack that weighed at least a few pounds, a two-pound sleeping bag that took up too much room in my pack, a bivvy sack that collected rain water as opposed to repelling it and an alcohol-burning stove that took forever to heat water.

Traditional backpacking equipment works reasonably well when you’re hiking moderate distances each day. But, as I learned on that trip, if you’re running much of each day and spending a couple of nights in the backcountry, you’re “fastpacking,” not backpacking, and it’s best to plan accordingly.

There’s good news for those of us who like to fastpack. A number of companies now make gear tailored to ultralight backcountry endeavors—as lightweight, small-packing, comfortable and functional as possible.  Here are five backcountry-tested fastpacking items to add to your gear closet. 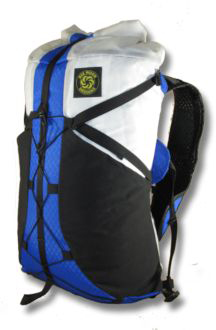 My typical fastpacking trip consists of three days in the backcountry. For trips of this length, I have found 30-liter packs to be the perfect size—they can fit a tent, sleeping bag, jacket, extra clothes, stove, cup, fuel, camera, water purifier and food for three days.  One of the biggest issues I’ve encountered with packs of that size, though, is that they bounce while I’m running, which causes strain on my shoulders and chafing on pressure points.

Because of the unique design of the Flight 30—wide mesh shoulder straps, a mesh vest harness across the chest and a mesh hip belt—the pack hugged my torso better than any other pack I’ve tried to date. It didn’t rub against any pressure points while running, and the customized fit kept the pack snug against both the lower and upper back. Between the hip and shoulder pockets and those on the back of the pack, I was able to have a few energy bars, a large smartphone, a jacket, a map, a water purifier and a hat within easy mid-run reach. Nylon webbing and a bottom loop allows for hiking poles to be securely attached. There is also an integrated pouch for a hydration pack.

Pro tip: Stuff your sleeping bag and clothing at the bottom of the pack. This will prevent any unpleasant rubbing on your lower back. 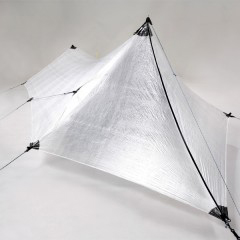 The Echo II sports a space-age look that clearly doesn’t come from the shelves of your average sporting goods store, due to the fact that it’s made almost entirely out of cuben fiber. Stronger than steel and crazy light, cuben fiber is expensive, but it’s a godsend when the weather turns nasty because it’s impervious to water. Given the Echo II’s weight (26.9 ounces for the whole shelter, or 7.1 ounces for the tarp alone), it won’t load you down on the trail like a typical two-man backpacking tent, which might weigh 4 to 6 pounds. Fastpackers have the option of using the Echo II as a complete shelter system (i.e., a tent), or building a more primitive shelter out of the tarp alone when extremely light packing takes precedence over protection from bugs and the elements.

The attention to detail in the Echo II’s design is impressive. The custom-made guy lines use line-locks and military-grade snaps that mean you don’t have to worry about your tent coming down around you in the middle of the night, no matter what the weather’s up to. The cuben fiber bottom comes up several inches on the sides of the inner tent to prevent water from seeping in, and the mesh bug netting keeps bugs out while allowing for optimal breathability. The Echo II fits two snugly, but is quite roomy for one runner plus gear.

Pro tip: Watch this video tutorial to learn how to assemble the shelter, and practice putting it together at home a couple times before heading out. 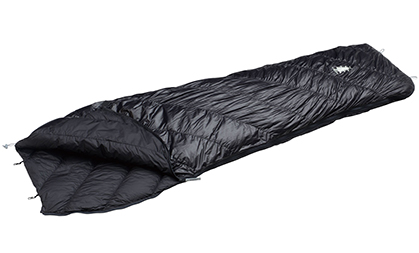 One of the trickiest aspects of preparing for a few nights in the backcountry is figuring out which (if any) sleeping bag to use. Mountain temps and weather can fluctuate quickly and unpredictably, so it’s always a bit of a guessing game.

For fastpackers who want to sacrifice neither warmth nor pack space, the Down Hugger 800 is one of the lightest bags out there right now, at only 15.1 ounces. Designed as a climber’s bivouac bag, the Down Hugger packs down to the size of a 24-ounce water bottle and contains enough goose down to keep you warm on 50-degree nights. The “spiral stretch system,” a special way of weaving the fabric, makes the Down Hugger more fluid than a standard sleeping bag: as you move, it draws the insulation closer to your body, eliminating dead spaces. This feature allowed me to change positions (I’m a restless sleeper) during the night without feeling constricted or suddenly cold.

Pro tip: Obviously, nights in the high country often dip below 50 degrees, so this bag may need to be paired with a down jacket and pants to create a “sleeping system.” (I prefer this approach anyway, because I’m able to move around camp comfortably in the cooler evenings and mornings.) 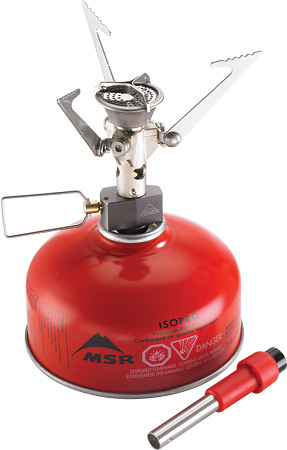 While some fastpackers carry only ready-to-eat, calorie-dense food on the trail, I prefer to have something warm and satisfying to look forward to at the end of a long day of running. And on cold mountain mornings, a warm cup of coffee or cocoa is reason enough to bring along a lightweight camp stove.

MSR’s MicroRocket, the smallest and lightest stove in the company’s current lineup, is so powerful it’s almost scary. This little guy boils a whole liter of water in under four minutes and utilizes a piezo igniter, a neat little tube that ignites the stove quickly, even in high winds. The stove worked flawlessly, and the lighting tool allowed me to light it from a safe distance. This is key because the flame comes out as quickly and powerfully as, well, a rocket!

The 2.6-ounce MicroRocket is no bigger than a stubby finger, and MSR’s smallest fuel canister, the four-ounce IsoPro, is about the size a fist. MSR’s fuel mix, a blend of isobutane and propane, maintains a higher internal pressure at lower temps than standard propane-butane fuel, so you get more consistent output in the high country. One of these little canisters had plenty of fuel for four morning and four evening meals (for two people), with some left over.

Pro tip: Between the MicroRocket, IsoPro fuel canister and a titanium cup for cooking, eating and drinking, you can have a complete cooking system that only weighs about nine ounces. 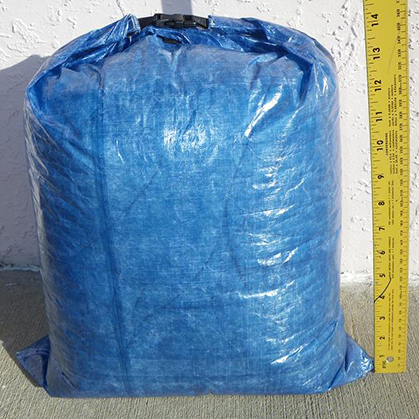 For fastpackers venturing into bear country, food storage is paramount. Hefty bear canisters that take up way too much room in a pack are obviously out of the question, and among bear bags, the Bear Bagging Kit reigns supreme. The kit includes bear bag, rock sack, carabiner and 50 feet of cord—everything you need to keep your snacks out of the reach of grizzlies.

The bag, made entirely of ultrastrong cuben fiber, thwarts curious rodents and is waterproof, so rain stays out and spilled liquids stay in. It’s also quite roomy: its 12.3-liter volume accommodates three days’ worth of food, with room to spare. It’s also very easy to hoist, thanks to the rock bag and 50 feet of slick, tangle-resistant cord.

Pro tip: Use the bag to carry all of your food in your pack; this keeps your other equipment free from taking on too much food smell and from getting wet from any spills.

During the fastpacking offseason, Ben Luedke can usually be found running on the trails of the “Issaquah Alps” outside of Seattle. When in town, he manages the Seattle Mountain Running Group on Facebook.  His trail running blog can be found at RunningTheCascades.com.