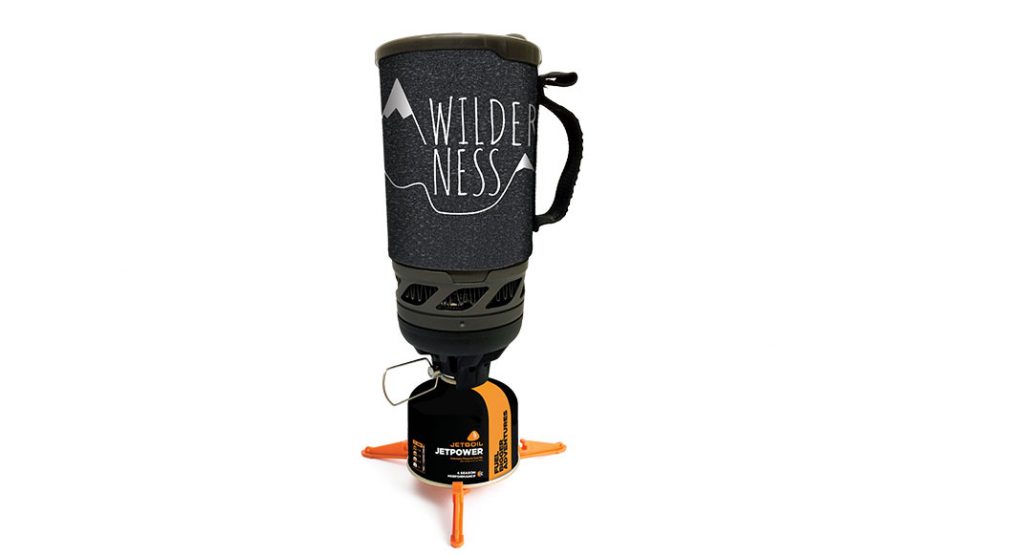 Calling all fastpackers and trailhead coffee fiends. As a longtime Jetboil stove user, I was intrigued by the new Flash model, which the company claims will boil a half liter of water in 100 seconds—cutting a full minute off their previous best boil time—which is saying something.

On fastpacking excursions, firing up my current Jetboil Sol Titanium (discontinued) for coffee is my first order of business, and, usually, by the time I dig out the Starbucks VIA Instant, my cup and spoon, the water is boiling. While there are lighter options (e.g. a simple mini-stove and titanium pot), the efficiency of the self-contained Jetboil system tips the scales in its favor in my book. The system’s heating chops derives from the “FluxRing” technology, which effectively increases the surface area of the base of the pot.

Available in several insulating “cozy” colors, the Flash cooking system includes the stove unit, pot, cover, lid and bottom cover (which can be used as a bowl or measuring cup) that neatly set up and pack away. For fuel, the stove uses propane/isobutene cartridges; Jetboil claims one 100-gram can will boil 10 liters of water, which is certainly more than you would get with a simple mini-stove- pot setup. The integrated push-button Piezo lighter is convenient and has been reliable in my use (although I pack a lighter just in case).

The cozy handle seems more sturdy than on previous versions as well. Accessory options include a coffee press, pot support, hanging kit, fry pan and utensils. Once the snow melts, we’ll be looking forward to putting the Flash to the ultimate test on some highcountry fastpacking jaunts. In the meantime, we’ll have to test if for quick trailhead coffee fixes.