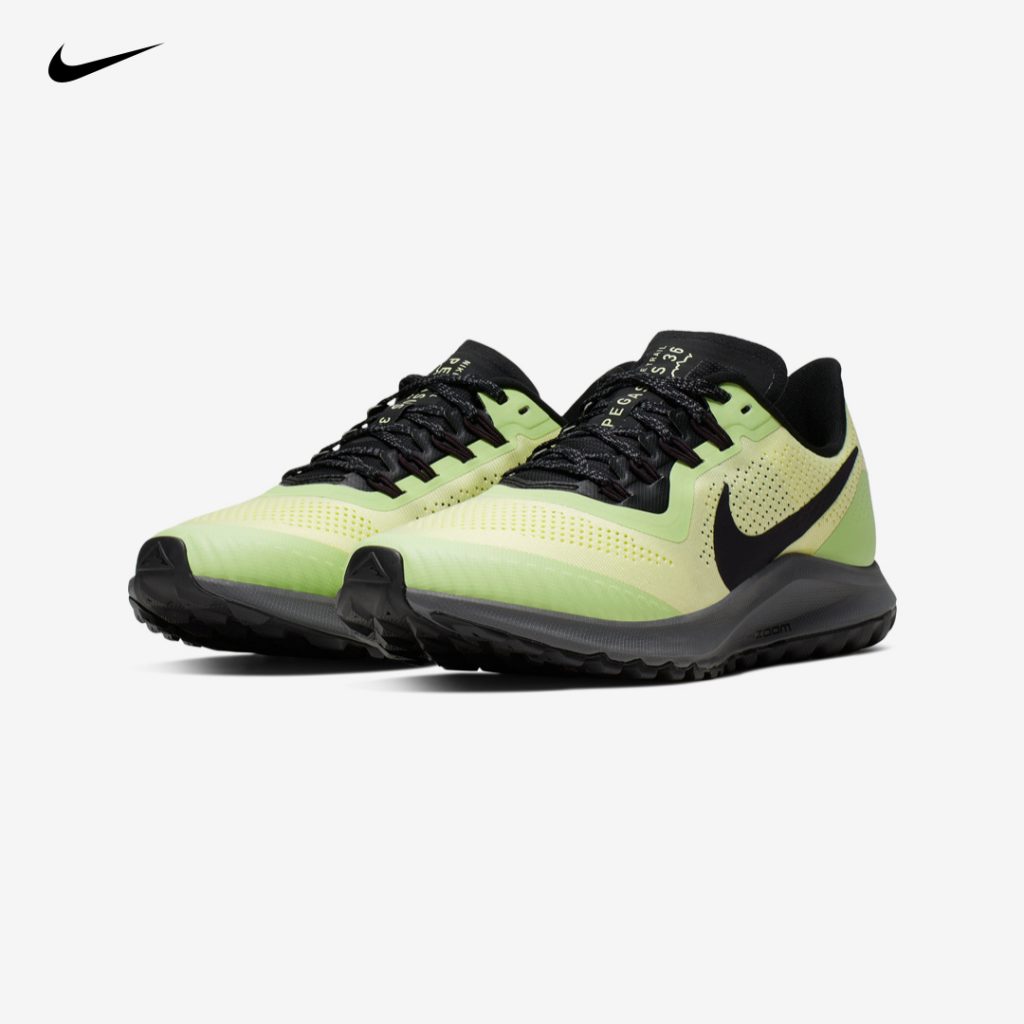 Nike doubled down on their trail line for 2019. With performance and style updates to the Kiger and Wild Horse out earlier this year, interest was piqued in the trail-running community. Recently, Nike released the Pegasus 36 Trail, which is the first time this shoe has been back on the market since 2003. (In 2017, a stylish special edition, the Mo Farah Air Zoom Pegasus, not a trail shoe, was released to commemorate the champion track athlete’s profound achievements.)

Originally released in 1983, the Air Pegasus was designed to be “half air,” according to the history of the Pegasus on Nike.com. It was an all-arounder, not marketed specifically for the trail, but based on the look of those deep lugs it probably did just fine. During the ’80s and ’90s, the Pegasus was extremely popular; it was a comfortable trainer that people looked to again and again.

In 1997, the Pegasus was discontinued and renamed the Arma, essentially the same shoe with a different title. In 2000, the Pegasus re-launched as the Air Pegasus 2000 and, in 2003, the first Pegasus Trail edition was released.

The Pegasus Trail 36 features a breathable upper with minimal reinforcing, reducing overall weight and aligning this shoe well for warmer weather. The foot stays securely in place, partly due to the gusseted tongue. When sliding the foot in, the runner feels a seamless interior. The lacing system features Nike’s Flywire cables, essentially two nylon loops per eyelet, that keep the laces nimble on the foot and create enough friction to prevent them from loosening.

Differing in feel from the Wild Horse and the Kiger, the Pegasus keeps its uber-cush midsole. It has a cloud-like feel, yet offers support. It is one of those pairs you can easily wear on a variety of run lengths and types and then out to meet friends because it’s comfortable and stylish. Air technology in the midsole and the outsole keep it light, comfortable and a switch-hitter between the trail and the road.

Weighing in around 10 ounces for men and 8 ounces for women, the Pegasus 36 Trail falls in the mid- to lightweight range for trail shoes .

The outsole has two rows of rectangular lugs down the outer edge, then an alternating pattern of triangular and trapezoidal lugs under the forefoot and heel. Running laterally between the two sections is a break where the midsole peeks through. This offers torsional flexibility and trims weight. The lugs aren’t incredibly deep, another reason this shoes transitions so well from the trail to the road.

Nike, appealing to a youngish trail crowd, is doing some throwback styles, a good choice, in this reviewer’s opinion. The Pegasus 36 Trail comes in black; lime green; white with neon blue and neon pink; bright purple with a gold swoosh and teal green with a burnt-orange swoosh.

Nike is also keeping things simple with this design (and their 2019 trail line in general): comfortable, breathable, functional shoes. Trail runners want what they like, not counterintuitive bells and whistles. The Pegasus provides just that—a great shoe that fits, rides smoothly and looks great.