Is our favorite post-run beverage optimal for recovery? 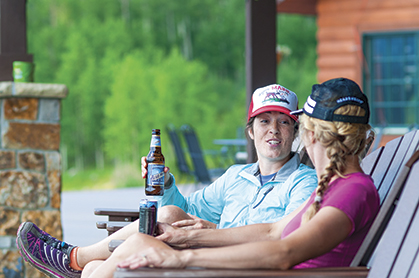 Sometimes, the beer discussion begins on the trail. Like backpackers fantasizing about fresh salads after surviving on freeze-dried mashed potatoes, runners scheming about post-run brews enjoy the welcome distraction during those last hard miles.

We all know people who like to say that a beer and burger are as good a recovery meal as, say, a laboratory-born shake founded on the healthful 4:1 carb:protein principle—but is there any supporting evidence? A 2011 study out of the Technical University of Munich found that runners who drank several pints of beer—albeit a non-alcoholic version—before and after running a marathon had less inflammation and fewer upper respiratory infections than those who drank a similarly flavored placebo. But what about that non-non-alcoholic Dale’s Pale Ale?

Despite beer’s somewhat checkered past—occasional contributor to poor decision-making and oft day-after dehydrator—it’s also the world’s most popular alcoholic beverage. At many finish lines, you can witness trail runners sipping a cold one, and enjoying the ensuing sense of well-being, relaxation and contentment. But is it really a recovery beverage?

An elementary understanding of sports physiology tells us that, after exercise, our bodies get to work repairing muscle tissue and replenishing glycogen stores—the energy that we call upon during long runs. What we consume after a run becomes medicine, in a sense, to aid this process. The window of time we have to effectively use dietary carbs closes quickly; a 2003 study of Australian Rules football players showed that carbohydrate intake only had a significant effect on muscle glycogen stores within three hours post-exercise.

Beer contains carbohydrates in varying quantities—a Miller Genuine Draft 64 barely tips the scales with two grams of carbs, while a Sierra Nevada Bigfoot packs a punch with 32 grams. Usually, the higher the ABV (alcohol by volume), the more carbohydrates a beer contains; for those who enjoy the big, boozy beers like India Pale Ales, beer could seem like an OK recovery beverage, right? We asked Christopher Gillen, a professor of biology at Kenyon College and avid runner, if it’s really that simple.

“Studies on tipsy humans post-exercise are few and far between,” Gillen says. But, he adds, “Animal studies have shown that alcohol blocks glycogen synthesis, so the alcohol in beer might undo the benefits of the carbohydrate intake.”

In the Australian study, subjects were given the equivalent of 10—yes, 10—standard drinks within three hours of exercise. Aside from noting that each subject vomited at least once during the study, researchers found that the synthesis of glycogen was interrupted. However, the effect was most pronounced when alcohol replaced normal dietary carbs. When the subjects ate a normal amount of carbohydrate and also drank the alcohol, the effect on glycogen synthesis was not statistically significant.

Lest we get too excited about this news, Gillen reminds us that one shortcoming of beer is that it doesn’t contain protein, which, when ingested immediately post-exercise, has been shown to improve recovery. Go ahead and add a burger to my beer tab, then.

Schivonne Keller, a registered dietician at a Denver-area family practice clinic, echoes the sentiment that beer, while not bringing home the blue ribbon for best post-exercise beverage, isn’t the worst thing you could pour into your finely tuned machine. “Beer is essentially empty calories and provides very little nutritional benefit,” she says.  “It won’t do much for your glycogen stores, but as long as you’re having a snack with carbs and protein, a beer or two probably isn’t going to be harmful.”

What the experts say

The scientific opinion notwithstanding, I decided to check in with the true experts—folks out there running daily and enjoying a few brews—before coming to a final conclusion about the merits of cracking a cold one post-run.

“It’s always great to hang out with buddies and fellow competitors post-race with beers,” says Boulder-based ultrarunner Scott Jurek. “I’ve never noticed any adverse effects or benefits. As long as the athlete consumes enough carbohydrate and protein within a 30-minute window post-run, there shouldn’t be any interference.” Coming from a guy who is hyperaware of what he puts in his body—Jurek is a devout vegan—this is good news for those of us who like to hit the beer tent.
We may be a few miles from a resounding, “Yes, you must drink beer after running,” but the experts—both scientific and athletic—have not found any significant disadvantages to drinking a beer or two after a trail run.

Beer by the numbers

Curious about carbs?  Check out these numbers to see how your post-run brew compares to a typical serving of finish-line grub: 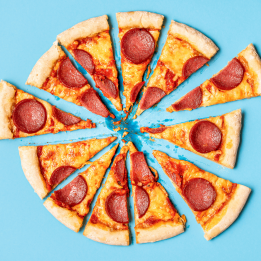 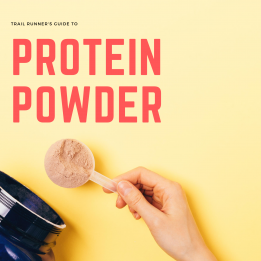 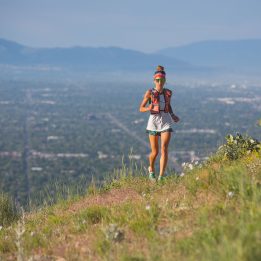