Should You Fast Before a Run? 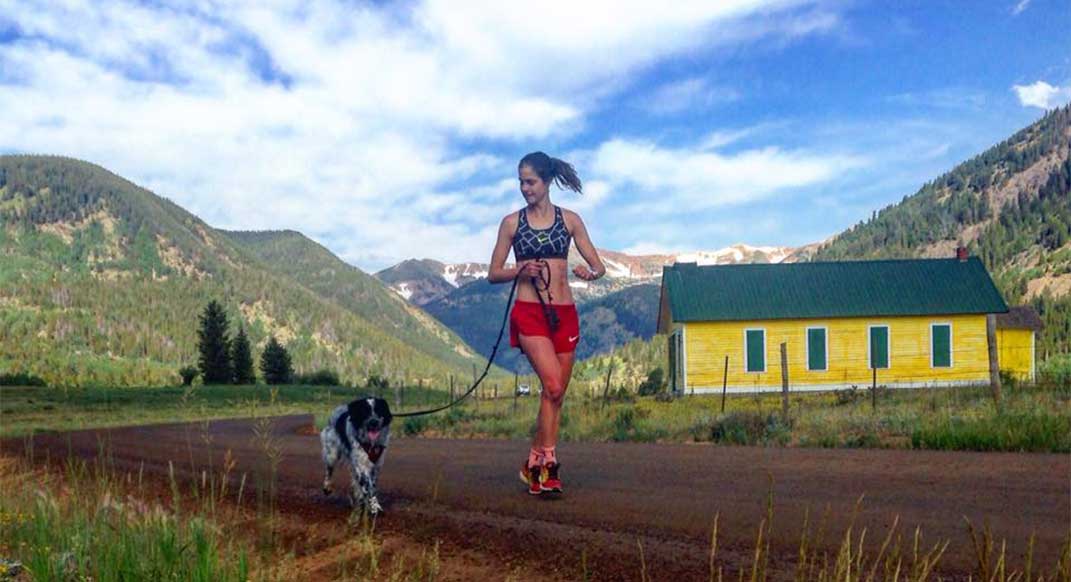 In coaching, one of the big differences I’ve seen between pros and normal runners is that the pros feel less bound to their sports drink and gels during training. In fact, some ultra pros, including Kilian Jornet, even do long runs in a fasted state.

The theory goes that running on an empty stomach can make you more efficient at burning fat, pushing back the dreaded “bonk” and possibly even improving aerobic performance.

However, the practice isn’t universally adopted, and there are plenty of people who prefer a smorgasbord of sustenance before and during runs. So is fasted running effective?

The body has about two hours of carbohydrate fuel (glycogen) at marathon pace (defined loosely as 85 percent of your max heart rate). Beyond that is the dreaded bonk. To simplify the complex science on bonking: body go boom.

Every hour of running burns way more calories than you can consume during that time. So why doesn’t every ultra end with a herd of bonkosauruses stumbling along the trail?

The answer is fat. Lower-level aerobic metabolism burns fat, and we have a nearly unlimited supply of it on our bodies, even outside of barbecue season. So run at a lower effort level, and you can theoretically go for a really long time without refueling.

For an example, think of the ultimate aerobic activity—walking. How long you could walk without food? Probably all day, right? That is your body burning olive oil and/or Crisco, depending on your affinity for hush puppies.

Longer trail races usually take more than two hours. By fasting prior to runs (defined here as at least eight hours without fueling, usually while sleeping overnight) and not refueling during, your body will need to call on fat oxidation earlier.

The theory of fasted runs is that they improve fat oxidation and increase the amount of glycogen that you store in your muscles, allowing you to be more aerobically efficient at multiple intensities.

(Note: a similar, but more extreme, method is having a diet low in carbs and high in fat (LCHF), used by Zach Bitter when he set the US 100 mile track record, though that “ketogenic” diet is complex and controversial.)

A 2010 study in the Journal of Science and Medicine in Sport is often cited as support for fasted running. That study put two groups on a bike five times a week for four weeks. One group had an overnight fast, while the other was fed breakfast before exercise.

Long story short, the fasted group had a greater increase in aerobic capacity and resting muscle glycogen content at the end of the study (interestingly, the results were less pronounced for women). Theoretically, this would improve performance by letting members of that group push harder and longer on the trails.

However, there is no scientific consensus on the efficacy of fasted running, though fat utilization does seem to adapt to training stress over time. Moreover, the 2010 study was on untrained cyclists, which might not have much relevance for experienced trail runners.

Considering the science and the physiology, you should consider using fasted running sometimes, but not too often, and never for key long runs. Using fasting methods occasionally could improve fat oxidation and performance, allowing your body to simmer fat at race pace, rather than searing carbohydrates.

Start with easy, aerobic runs 90 minutes and below, preferably after an evening fast while you are sleeping. As your body adapts, you can work up to two or even three hours, but only on low intensity runs when you will be primarily utilizing fat as fuel.

Doing this could create a stimulus that improves your trail running across all distances (especially ultras), and it is unlikely to hurt so long as the runs are not high intensity. Always be sure to stay hydrated—intentional dehydration has not been shown to have positive effects, no matter what your high-school football coach told you.

As you get closer to a race, you can still do fasted runs that are 90 minutes and below, but never use the method for key long runs where speed matters. Perhaps most importantly for recovery, always refuel after your runs regardless of whether you fasted before—personally, I don’t know if I’d be able to get out the door without knowing that donuts waited for me when I get back.

This is interesting! I like the ideal and have run some of my best w/o eating after 8 hours of rest then running. But I have low blood sugar issues, it would be interesting to see how this would affect that as I cannot run a 50K without having to take glucose gels a few times.