283 Miles, Followed By Beer and Nachos for Courtney Dauwalter

Courtney Dauwalter reflects on her first-place U.S. finish at the 2020 Big’s Backyard Ultra. 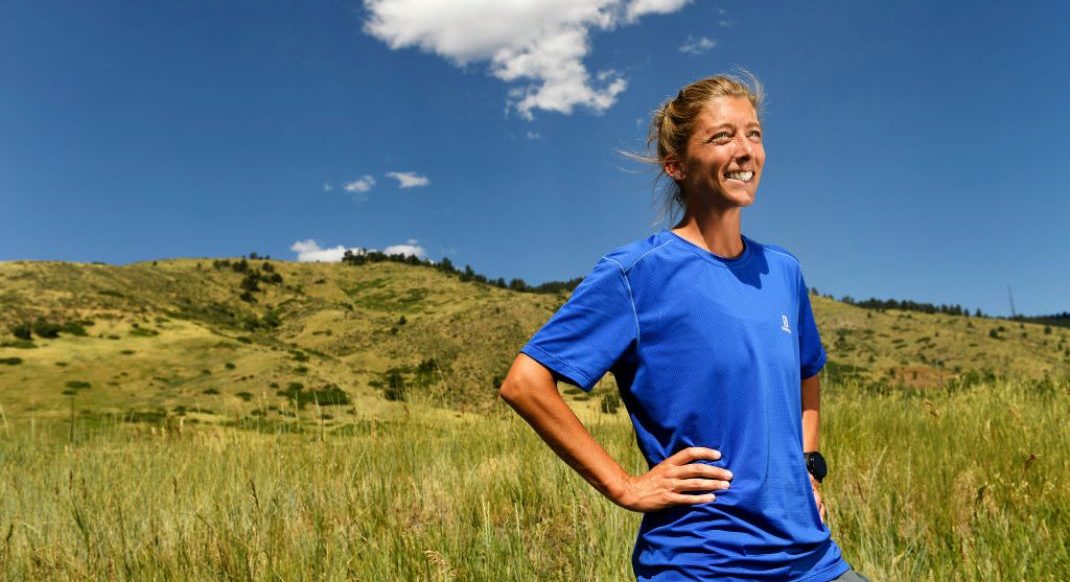 Courtney Dauwalter wonders if she could have gone farther. Yes, after running for three days, accumulating a record-setting 283.33 miles to win the U.S. version of Big’s Backyard Ultra on October 20, she still imagines what she could have done if the circumstances had been different.

“It’s impossible to predict ultras and the swings you can have,” Dauwalter says during a phone interview from her home in Golden, Colorado, three days after finishing the race in Bell Buckle, Tennessee. “But when it did end, I was still feeling great—or as great as expected. I wasn’t necessarily thinking I was going to stop anytime soon, but you also don’t know what’s going to happen. I was still in a good zone.”

According to the rules of the last-person-standing style race, Dauwalter could only continue logging “yards,” or laps of a 4.1667-mile loop, as long as one other person was still competing. They had to complete each loop in 60 minutes or less—preferably less, to fit in a few minutes of sleep, refueling, and gear changes, before taking off on another loop at the top of the next hour. After her 68th lap, Dauwalter was declared the U.S. champion following Harvey Lewis’s retirement from the competition. Just 14 Americans were allowed to line up in Tennessee, due to COVID-19 restrictions, though 300 runners around the world virtually participated in the race—Sabbe Karel of Belgium took the overall win, finishing 312.5 miles in 75 laps.

It’s the second consecutive year that a woman has won on U.S. soil, furthering the theory that the longer the footrace the more even the playing field between men and women. In 2019, Maggie Guterl became the first female ultrarunner to earn the title, logging 250 miles (this year Guterl completed 39 laps for 162.5 miles). Dauwalter, 35, has outright won other ultras, too, including the 2017 Moab 240-mile Endurance Run where she beat the first man by 10 hours.

“I don’t know all the science behind it, but I do know that when I’m racing I try to approach it as just competing against humans,” Dauwalter says. “While a man might have bigger muscle mass or lung capacity than I do, maybe I can hurt more or be more patient or whatever it is on that day. I don’t think of it as a disadvantage being a woman at these races, but more like what I can bring to the race to put me in it.”

The unique format of the backyard race allows Dauwalter to explore her physical and mental capabilities, which also means she doesn’t like to start the race with too much of a strategy. A rigid plan—with the exception of a nutrition that includes Tailwind sports drink, Honey Stingers gels, mashed potatoes, pizza, pierogies, quesadillas, and Stove Top Stuffing—could inadvertently impose boundaries, too.

“All I knew was that I didn’t want to stop by choice. I only wanted to be out of the race if I timed out of a lap, meaning I was physically incapable of continuing at the four-mile-per-hour pace,” Dauwalter says.

The three-day affair had its typical share of highs and lows that all ultra-distance races present. The first day was exciting, with plenty of energy to socialize on the trail with other runners. But as competitors dropped out and the miles wore on, Dauwalter had to rely on internal motivation, often reminding herself to just stay in the moment instead of thinking too far ahead.

“I think some of the lows can be caused by thinking about what mile you’re on and what mileage you’re hoping to go past and how far away that still seems,” she says. “So trying to not get overwhelmed by that was important for me.”

Big’s Backyard Ultra was, if nothing else, a bright spot during a year in which most races were canceled because of the pandemic. Dauwalter took the absence of competition in 2020 to pursue other goals, like a fastest-known-time (FKT) on the 500-mile Colorado Trail. Unfortunately it ended 309 miles in when Dauwalter’s wheezing and coughing became a big concern for her support crew. She ended up in the hospital with acute bronchitis, but left with her spirits intact.

“I’m so thankful for a year like this, where I had the opportunity to try something like the Colorado Trail. That was farther than I’ve ever run,” she says. “Once it became clear that it wasn’t going to be a normal year, I had to not dwell on that fact, but take advantage of what I could do. I could do mountain adventures or fast-packing with friends…I’ve been focusing more on what opportunities were created because of the pandemic rather than mourning the loss of all the cool races I had been planning to do.”

The year has also brought elevated attention to the lack of racial diversity within the sport of ultrarunning in the U.S. The creator of Big’s Backyard Ultra, Gary “Lazarus Lake” Cantrell, recently came under scrutiny after he deleted posts on one of his event’s Facebook groups that he deemed political in nature. A participant, Ben Chan, had posted a photo of himself in a Black Lives Matter singlet and had written about his homophobic and racist experiences while running, which Cantrell had taken down, saying that it wasn’t a “political site.”

While Dauwalter says she doesn’t know all the details of that particular circumstance, she acknowledges that the sport has work to do in being more welcoming to Black, Indigenous, and people of color.

“I know that just making the sport feel like it’s possible for anyone and everyone is what I hope to do, no matter who you are or where you’re from,” she says.

Her results are catching the attention of all kinds of runners, including 2018 Boston Marathon champion, Desiree Linden, who at the time was completing her own challenge, running the same number of miles as the date each day (for example, 26 miles on October 26, and so on).

“Every time I’m going through a tough spot, I think, ‘This is nothing. Courtney Dauwalter just ran for three days,’” Linden said during a phone interview in October. (Dauwalter’s response? “I’m dying a little bit, because I’m such a fangirl [of Linden],” she says, laughing.)

It goes to show that athletes never know who they may be inspiring. Now, however, Dauwalter is setting an example for recovery, taking it seriously and one day at a time.

“I’ve gotten a few nights’ sleep, which has definitely helped reset my system,” she says. “Other than that, yeah, beer and nachos. That’s just my food of choice in general.”

This profile was first published in the Winter 2021 print issue of Women’s Running as part of “Women Who Lead: Power Women of 2021” which celebrates 25 women who are reshaping the running industry for the better. You can see the full list of honorees here.