When It Comes to Anti-Doping, Trail Running Is Still a Wild West

Races have started to take stands against performance-enhancing drugs, but the sport is a long way from serious safeguards 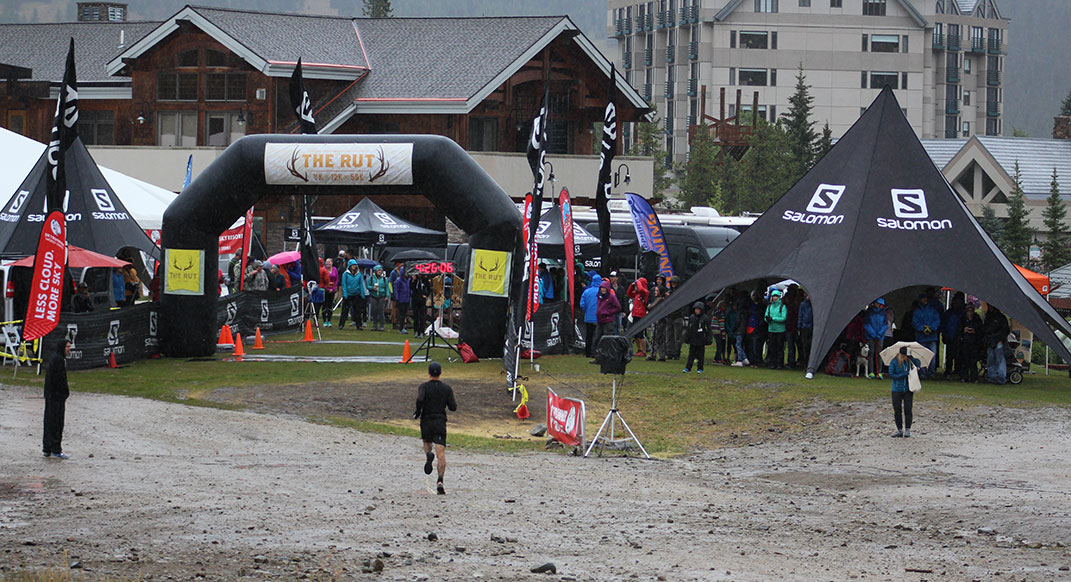 The finish line of The Rut earlier this month. It later surfaced that Greg Vollet, the second-place Rut 50K finisher, had served a three-month ban in 2000 for ingesting prohibited stimulants. Photo by Alex Kurt

That same month, Italian runner Elisa Desco lined up in the elite field at The North Face 50, despite having tested positive for the banned blood-cell-boosting hormone EPO in 2009 and serving a two-year ban from competition that ended in 2012. (Desco has maintained that she never used EPO.)

This summer, it was announced that the 2015 Ultra-Trail du Mont-Blanc fifth-place finisher Gonzalo Calisto had failed a post-competition drug test, also for EPO, and had been disqualified after the fact.

And, this month, after Greg Vollet finished second at the The Rut 50K in Montana, a participant revealed on the race’s Facebook page that Vollet—a former mountain-bike pro—had tested positive for banned stimulants (which he says he took inadvertently) in 2000 and served a three-month ban.

Though use of performance-enhancing drugs (PEDs) is not new to running or endurance sports in general, documented instances of it have been rare in mountain, ultra and trail (MUT) running. But as professionalism and prize money grow, and occasional controversies grab headlines, awareness of the potential for PED use has been creeping into the sport.

The still-small nature of MUT running compared to the road or track, though, means drug testing is unevenly applied, anti-doping policies are inconsistent across the sport and the path forward is murky.

The Case of Calisto

Calisto—an Ecuadorian runner with previous top-20 finishes at UTMB and the competitive Transgrancanaria 125K—first came under suspicion when a blood sample he gave ahead of the May 2015 International Association of Ultrarunners (IAU) World Trail Running Championship in Annecy, France, showed hematological values consistent with PED use, according to a press release from the International Trail Running Association (ITRA), which helped organize the event.

Calisto met with two race doctors and a representative from the agency Athletes for Transparency ahead of the IAU race, and was cleared to run. His blood values, the ITRA press release explains, could feasibly have resulted from his residence in high-altitude Quito, Ecuador.

Doping tests are imperfect, and the proof required for disqualification is a very high bar, due to natural biological variation among athletes and the severe consequences that a false positive can trigger. Because of this uncertainty, Calisto’s values were downgraded from the suspicion-implying “abnormal” to the less significant “atypical.”

Calisto gave a second blood sample on August 27, 2015, ahead of UTMB. His hematological profile again showed abnormalities, but he was again cleared to run, according to ITRA.

Following the race, he was required to submit a urine sample. The ITRA press release says the post-competition test was designed specifically to target Calisto, though third-place finisher David Laney confirmed he and several other top finishers gave samples following competition. Calisto’s test was positive for EPO.

(Calisto could not be reached for comment, and neither ITRA nor UTMB responded to a list of questions sent to both organizations.)

Ten months later, on June 29 of this year, the International Association of Athletics Federations (IAAF), which governs track and field worldwide, published a list of athletes who had been sanctioned for doping. It included Calisto, who had received a two-year ban. This was the first time his test result had been made public.

Like road and track racing, MUT running has national and international governing bodies, and the championships organized by them are subject to doping controls.

The International Association of Ultrarunners and the World Mountain Running Association can and do conduct in-competition testing at championship events.

In addition, each organization compiles a list of athletes every year for out-of-competition testing. That list largely consists of championship winners and podium finishers, according to Nancy Hobbs, a WMRA Council member and the chair of USA Track and Field’s MUT Council.

Greenwood was placed on the World Anti-Doping Agency (WADA) “Whereabouts” register—which keeps track of athletes’ planned locations to facilitate random out-of-competition testing—after winning the World Championship in 2010, and again in 2014. She estimates she remained on the register for 18 months each time.

“Being on the register requires me to provide an accommodation address for every day of the year, along with a one-hour time slot daily where testers can randomly show up,” she says. “So far I have been tested [only] a handful of times each year, but it is a random procedure—they can test as often as they wish and I have no advance notice.”

The number of top U.S. and Canadian trail runners subject to that kind of out-of-competition testing is very small, however.

In theory, athletes competing in any USATF-sanctioned race or championship can also be subjected to drug testing at the competition, but random testing at sanctioned trail events is rare, according to Hobbs. And, unlike in road and track racing, private races like the Western States 100, The North Face 50 and UTMB arguably hold more prestige—and sometimes offer more prize money—than the official international and national championships. As unsanctioned races, these events are not obliged to drug test or enforce bans from governing bodies to which they are not beholden.

Such races can elect to have officials from the U.S. Anti-Doping Agency (USADA) test at their events if they shoulder the costs. But for a trail race, that expense can be prohibitive. Ron Ilgen, the director of the Pikes Peak Marathon and Ascent, the only North American trail race that consistently tests top finishers, estimates the cost as between $600 and $700 per individual per test.

Beginning in 2012, Pikes has tested the top two men and women in each event, plus a third, randomly selected top-10 finisher from each gender in each event. Ilgen says the extra expense has been worth it.

“We want to protect the legitimacy of prize money as well as the records,” he says. “The Ascent and Marathon records are quite iconic, and, if someone does break them, we want to make sure it’s clean.”

Some high-profile MUT races, while not adopting testing, have begun to spell out stances on athletes known to have used PEDs. These policies, when they exist, vary across from race to race—as illustrated by the case of Greg Vollet, the second-place Rut 50K finisher.

In 2000, two separate tests done within about four months showed that Vollet, then competing as a mountain biker, had ingested the banned stimulants nikethamide and ephedrine.

Via email, Vollet—who now works at Salomon managing, among other things, the brand’s team of trail-running athletes—told Trail Runner that he unknowingly ingested the banned substances in supplements he bought over the counter while traveling. He added that the cycling federation accepted his explanation of negligence. (We could not independently confirm these aspects of Vollet’s account.)

Vollet’s story resurfaced when a participant in this year’s The Rut 50K posted on the event’s Facebook page nine days after the race, asking for a clarification of its policy toward runners who have served PED-related bans.

Rut co-director Mike Foote replied, explaining that the race had considered putting its own policy into place this year, but ultimately did not, and therefor deferred to USADA and WADA protocols—meaning athletes who had served their suspensions could compete. He added that the race planned to have a policy drafted in time for next year’s registration in January.

The distinctions between cases like those of Vollet, Desco, Calisto and Armstrong—who is serving a lifetime ban—could become important as The Rut and other races consider new anti-doping policies.

Both TNF 50 and the Western States 100 recently announced clean-sport policies. TNF’s policy bans from its events any athlete currently serving a doping suspension enforced by a national or international anti-doping agency, sports federation or “similar organization.”

It also disqualifies past offenders from receiving prize money or participating in the elite field, though allows them to race as amateurs. This comes on the heels of Desco’s entry last year. Though she did not finish the race, Desco would have been eligible to win prize money had she finished on the podium.

The Western States policy goes further, rendering forever “ineligible for entry” into the race any individual “determined to have violated anti-doping rules or policies” by a national or international anti-doping agency.

In other words, athletes like Vollet and Desco who have previously served bans would be allowed to run TNF 50, but could not win any money or notch a podium finish. They would be barred from Western States for life, assuming that race’s policy stays in place.

Vollet says he now talks openly with the Salomon team about his past, in order to “advise the athletes to be cautious on any product they can buy in a commercial setting.” He hopes trail-race directors consider using case-by-case discretion as they wrestle with policies that could potentially ban athletes from races for life.

“The policy these specific U.S. organizers are following makes a blanket judgment on any athlete who has faced a suspension, which I personally don’t think is correct,” he says. “Every case is different and should be examined independently.”

Other athletes call for tougher punishment. “For a heavy-hitting PED like EPO, I have been advocating for a lifetime ban,” says Sage Canaday, the 2014 TNF 50 winner, who has been vocal on social media about his opposition to PED. “For something more minor, I still think five to 10 years might be appropriate.”

Canaday adds that two-year bans for PED use are essentially slaps on the wrist. “No wonder people are willing to take the risk of getting caught,” he says.

Though cost remains a major barrier, some races and organizations have taken preliminary steps toward improving PED testing in MUT racing.

Through a pilot study called QUARTZ, ITRA monitors blood values—which can detect both health problems and inconsistencies that may indicate doping—of the elite MUT athletes who have volunteered to take part, which include Canaday. (Vollet also says he has been working with QUARTZ to establish doping regulations.) QUARTZ uses a version of the “athlete biological passport,” the idea of looking for suspicious abnormalities that arise in athletes’ blood profiles over time, even if those athletes have timed their doses so as to pass individual drug tests.

One idea is to establish a “pool” of several top-tier races, from which a few will be selected for in-competition testing each year.

Meanwhile, some individual races may take matters into their own hands. The race with the fattest prize purse in U.S. trail racing—the Run Rabbit Run 100, in Steamboat Springs, Colorado—may implement its own testing policy as soon as next year, says race director Fred Abramovitz.

To other races balking at the cost or logistical complications of testing, Ilgen offers a compromise:

“Even just the threat of drug testing can work,” he says. “State that you may be drug tested, that it will be at random. Say, ‘We take this seriously, and if you cheat you could get caught.’” 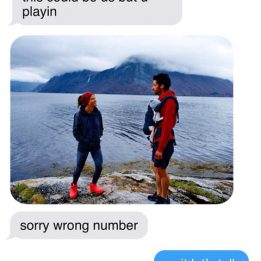 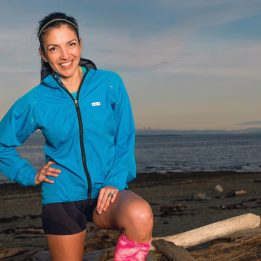 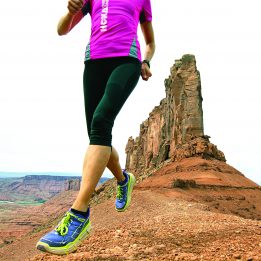