The Lung-Gom-Pa Runners of Old Tibet

Experience the mystery behind an ancient Buddhist practice 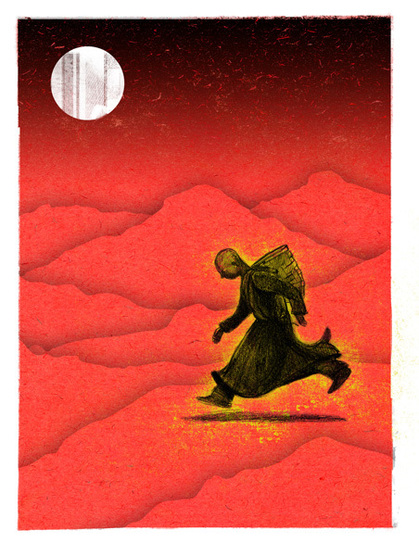 Getting ready for a trail race? Try this for your training:

Such was the training practice of the lung-gom-pa runners of pre-westernized Tibet. According to legend, lung-gom-pa runners could run for 48 hours without rest and cover 200 miles in a single day. To achieve this super-human level of endurance, lung-gom-pa runners underwent intensive spiritual training. Their goal, however, was not to win races, but to pursue spiritual enlightenment, similar to the Marathon Monks of Japan (see Issue 19, March 2003).

Lung (pronounced rlun) signifies air and vital energy, or prana as the yogis would call it. Gom means meditation or focused concentration. A lung-gom-pa, therefore, is someone who has mastered the art of harnessing their spiritual energy through focused meditation and conscious breathing, thus transcending the physical limits of the body.

By the time Westerners trickled into remote Tibet, in the early 20th century, lung-gom-pa training was only conducted in two monasteries: Nyang-to Kyi-phug (near Shigatse) and Samding. Lama Anagarika Govinda, a German-born Buddhist monk, visited the Nyang-to Kyi-phug monastery on his travels through Tibet in 1947. He described the training process of a lung-gom-pa in detail in his memoir The Way of the White Clouds.

Govinda writes that a would-be lung-gom-pa enters the monastery having forsaken all claims to his previous life, including his name. Absolute anonymity is a prerequisite for training. If the initiate is approved, he is sealed inside a simple meditation hermitage for three to nine years. During his time in seclusion, he is allowed no human contact. Food is passed to him through a small opening in the wall. He spends his days meditating, chanting and deep breathing. For physical exercise, he paces his chamber and practices the art of levitating, or “yogic flying” as it is known today. He sits in a cross-legged position, fills his lungs with a deep breath, and then leaps into the air without using his hands. He repeats this exercise over and over again. As time passes, he is able to deeply synthesize his breath and movement.

After the prescribed amount of years has passed, a lung-gom-pa is released from his seclusion. Govinda writes that by this point, the lung-gom-pa “has become so light and subtle … that he can move with the speed of a galloping horse, while hardly touching the ground.” He is now qualified to serve as a “Maheketang.” According to an ancient Tibetan legend, a runner must be sent every year to the far corners of the country to collect spiritual demons that haunt the land. Such a runner is called a Maheketang and is selected from the lung-gom-pa runners at Samding or Nyang-to Kyi-phug monasteries. Every year, the Maheketang sets out in November, crossing the central part of Tibet in six weeks. The Maheketang invites the demons to return with him to the monastery where they are subdued with a religious rite.

Unfortunately, Govinda never saw a lung-gom-pa runner in action. One Westerner, however, did manage to stumble across a working lung-gom-pa while crossing a remote Tibetan plateau in 1924. Alexandra David-Neel, an early 20th-century French explorer, was the first European woman to reach Lhasa, Tibet’s remote and forbidden capital. She was also the first, and perhaps only, Westerner to observe a running lung-gom-pa. David-Neel’s surreal encounter is recounted in her memoir Magic and Mystery in Tibet. It remains one of the few eyewitness descriptions of a lung-gom-pa runner on record.

“I noticed, far away in front of us, a moving black spot which my field-glasses showed to be a man. I felt astonished. Meetings are not frequent in that region [Chang Thang in northern Tibet] … But as I continued to observe him through the glasses, I noticed that the man proceeded at an unusual gait and, especially, with an extraordinary swiftness … The man did not run. He seemed to lift himself from the ground, proceeding by leaps. It looked as if he had been endowed with the elasticity of a ball and rebounded each time his feet touched the ground.”

In 1950, shortly after Govinda’s visit to Tibet, lung-gom-pa training retreated underground when the Chinese invaded and destroyed the majority of Tibetan monasteries. Both Nyang-to Kyi-phug and Samding were victims of the destruction and with them went the concentrated training of lung-gom-pa runners. The training, if still conducted today, takes place largely in secret. Tibetan monks are reluctant to speak about lung-gom-pa with outsiders for fear of detracting from the real goal of the practice: spiritual enlightenment. Notably, Westerners wrote the only accounts of lung-gom-pa training on record. Like so much about Tibet, lung-gom-pa running remains something of an enigma. 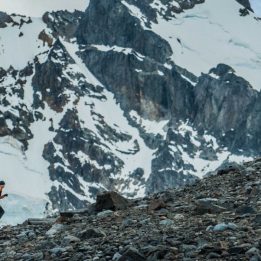 The Injuries You Can’t See: How Dakota Jones Found a Broader Identity 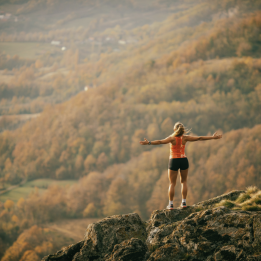 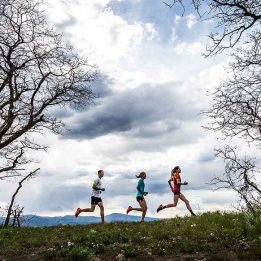