3 Epic Peak Linkups—And What They Say About Trail Running

These peak-to-peak adventures show off the sport’s DIY side. 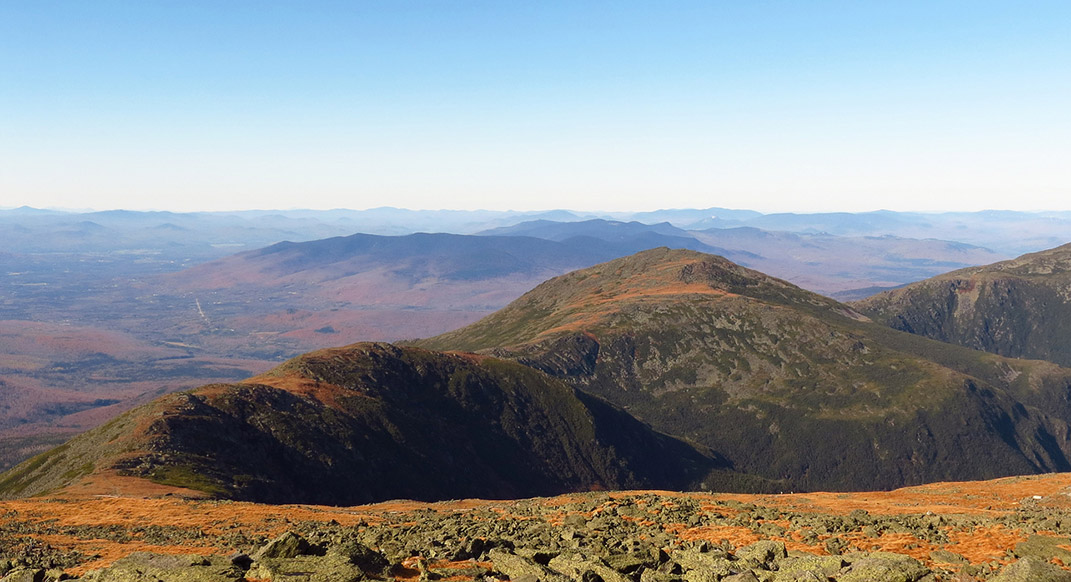 Trail running is a bit of an athletic Rorschach test. Everyone has their own interpretation of the sport.

You can be a short-distance speedster or a 200-mile workhorse. You can specialize in vert or on flats. You can excel on technical terrain or on mellow dirt singletrack. You can do wacky multi-sport things.

You don’t even have to race.

While we rightly celebrate the Kaci Lickteigs and Jim Walmsleys of the world, other athletes make their names setting fastest known times (FKTs) on epic trails—or even creating innovative new routes for others to follow.

To that end, here are three epic peak linkups and why they matter to the sport.

This famous route crosses the Presidential Range—part of New Hampshire’s White Mountains—and its seven summits named for U.S. chief executives. At least 18 miles long, the rugged route has some 8,500 feet of elevation gain—most of it steep and technical.

Its beauty matches its beastliness, with windswept ridgelines and expansive views. Just be prepared for the legendarily inclement weather.

Why you should care: To explore the history of the “Presi” Traverse, and the White Mountains more generally, is to peek into the early chapters of American trekking and trail running. As Robert Moor writes in On Trails, the first European settlers generally “regarded mountains as either a nuisance or a horror.” But by the mid-19th century, some—mostly well-to-do city folks—began to see mountains for their aesthetic and spiritual value.

Mount Washington—at 6,288 feet, the Northeast’s high point and the alleged “Home of the World’s Worst Weather”—was an early hub of mountain tourism. By the time of the Presi Range’s first known traverse, in 1882, a carriage road, a cog railway and various other trails led to the mountain’s summit, which housed two hotels and an observatory, among other structures.

One summer, three-quarters of a century later, a 19-year-old trail worker named Chris Goetze set a flurry of records that stood for several decades and inspired later mountain runners. As Doug Mayer, a New Hampshire local and TR contributing editor has written, “[I]n that one season in the White Mountains two generations ago, he laid down times so aggressive that, to this day, his name is uttered with reverence.”

It’s not certain, but it seems Goetze never put up a time on the Presi Traverse. The first modern FKT—a stout 4:46—supposedly came 10 years later, at the hands of two national-class Nordic skiers who ran it in their off season.

More recently, the FKT has gone back and forth between a trio of the Northeast’s best mountain runners, Ryan Welts, Jan Welford and Ben Nephew. Nephew holds the current record (4:34:36) by a scant 53 seconds. Kristina Folcik has the women’s FKT of 5:32.

Off-trail movement is required. Scree chutes, boggy meadows, bewildering cairn-to-cairn travel in the dark await runners on this trek, which, by custom, carries a 60-hour cutoff.

Why you should care: In the early 1990s, an ultrarunner named Fred Vance reflected on the fact that the mountain races he was running rarely tagged actual summit. So, with his colleague Jim Nolan, he devised a way to link a string of 14ers in western Colorado.

Nolan’s 14, as it came to be called, has since achieved legendary status as one of mountain running’s ultimate tests.

It resisted completion until a full two years after the first attempt, in 1999. In all, fewer than 20 people have finished the route. Even Vance, its pioneer, never made it beyond halfway.

Epitomizing the adventuresome, DIY spirit of mountain running, Nolan’s is an open route, and many sections lack trails, so it falls to each runner to choose the most efficient line. Many athletes, adopting something of a climber’s ethos, view it as a months- or years-long “project” that entails scouting missions and multiple attempts.

While Nolan’s has seen many valiant efforts over the years, 2015 was particularly news making. That August, Anna Frost and Missy Gosney became the route’s first-ever female finishers—and sparked a debate over whether they had in fact finished at all, due to confusion over the true endpoint.

Then, in September, Andrew Hamilton bested the route’s 13-year-old speed record by over an hour, setting the new standard of 53 hours 39 minutes. Most impressive, Hamilton, unlike other finishers, ran it unsupported.

Déjà vu? This route pays homage to Nolan’s 14, applying its summit-to-summit style to the highest peaks of the Sierra Nevada.

Norman’s consists of two clusters of 14ers, separated by a stretch of the high-altitude John Muir Trail. Unlike its quasi-namesake—which demands a willingness to bushwhack but no technical climbing skills—the California version entails low-fifth-class scrambling on jutting granite ridges.

Why you should care: Norman’s 13, to our knowledge, has never been done. It’s the brainchild of Andy Gohlich, an LA-area climber and runner who plans to take it on later this year.

Like Fred Vance, Gohlich saw a logical line in the mountains, and wondered why it wasn’t a thing. California has 15 14ers. One, Mount Shasta, is way up north near Oregon. Another, White Mountain, is off to the east by the Nevada state line.

But the other 13 are all grouped in the Sierra Nevada.

“I was shocked that no one had focused on just the Sierra 14ers,” Gohlich says.

The project, along with three others, recently won a $1,000 grant through a collaboration between Ultimate Direction, La Sportiva and GU. It’s a good thing, too. Gohlich—who is 26, lives in his van and works a few days a week as a photographer’s assistant—says he otherwise might not have been able to afford the requisite gear.

“It’s so bloody obvious and logical, staring us in the face all these years,” says the grant’s creator, Ultimate Direction VP (and fastest known time OG) Buzz Burrell. “This is FKT action at its best—it’s creative, opens more possibilities and establishes meaning.”

Gohlich, who discovered trail running three years ago, calls himself a “solid upper-midpacker.” But by establishing a new line that’s sure to attract future adventurers, he can earn a spot in the annals of the sport.

In other words, to push the boundaries in trail running, you don’t need to contend for a two-hour marathon. You don’t need to be unusually talented, or even particularly fast.

“I hope that by having the vision for this route and sharing it with others,” Gohlich wrote in his application for the grant, “I can somehow give back to the sports that have given me so much, inspiring others to combine climbing and running … and hopefully inspiring someone to come along someday and do it faster as well.”