Does This Buckle Spark Joy?

The life-changing magic of tidying up for trail runners 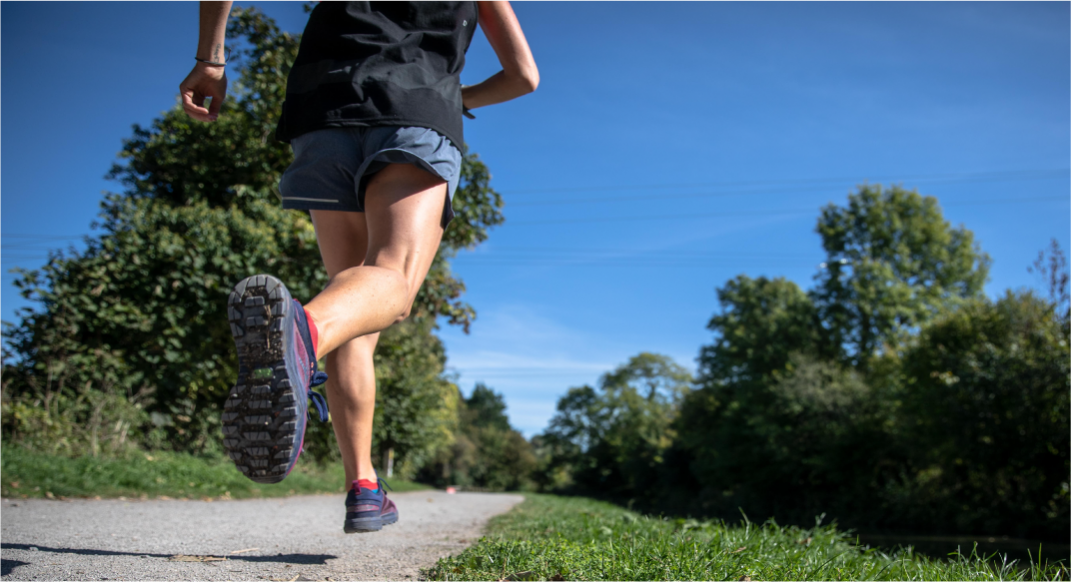 First I shoved a rainbow array of horse-show ribbons from preteen years into a contractor’s bag full of unrecyclable junk. Then I added my boxed wedding dress from 1990 to a pile headed for a thrift store. Good riddance to that scratchy beaded bodice. Harder was turning toward my shelves and puzzling over what to do with dusty running memorabilia.

Needing to empty our house in advance of selling it, I developed a homegrown method for decluttering by keeping or discarding things based on the feelings and thoughts they sparked.

I already had packed a pile of finishers’ medals into a box, thinking I’d like to hang them chronologically on a horizontal rod to create a colorful timeline. But what should I do with the hodgepodge collection of “trophies”? In the trail-running world, podium or age-group awards might come in the form of mugs, plaques, blocks of wood, coasters, cow skulls or tiki goddesses.

I picked up a third-place Sean O’Brien 50K mug that doubled as a pencil jar, observed its interior stained from an exploded pen, and tossed it.

Three empty wine bottles, with labels from the Golden Hills Trail Marathon and Firetrails 50, weren’t so easy to discard. Each said “winner” for age group or overall. The legendary ultrarunning champion Ann Trason had handed them to me, when she directed those races, with congratulatory embraces.

But those wine bottles made me feel—I struggled to put my finger on it—a little sad, or was it discouraged? The uncomfortable feeling returned when I looked at a plaque earned by running 1:38 on a trail half-marathon course, knowing I couldn’t break two hours on it today.

I realized I was tired of looking at awards earned more than a decade ago that made me reflect on how I used to be significantly faster. I put them in the recycling bin and vowed to try to earn fresh new age-group awards.

By contrast, a more traditional trophy—a curved piece of bronze atop a square wooden base—made me smile as I read the engraving, “K42, Villa La Angostura, Premiera 40-49.” I could hear the announcer call my name as I approached the finish chute, “La Americana Sarah Smeeth!”

To Keep or Not to Keep?

It had been like a dream, detouring to that remote corner of Argentina 10 years ago when I caught wind of the trail marathon, but the trophy proved I actually did it. We found cheap lodging at a cottage made of oversized shellacked logs with foot-high garden gnomes peeking around corners. I didn’t know what to expect, just ran the best I could, summiting a peak overlooking a lake in the Andes.

I wrapped that trophy in packing paper and tucked it in a box to keep.

I felt a similar warm glow studying a pair of age-group awards from 2012 and 2014, both earned at a weeklong stage race that roams from northern Arizona to southern Utah. Each trophy is a reddish-blond lump of sandstone from the region, about six inches tall, streaked with minerals and with a naturally formed hole in its center. I carefully packed them to use as bookends in my new office.

Last, I pondered a small collection of buckles from 100-mile ultras, which I treat like special-occasion jewelry. Each took at least 24 hours of perseverance to earn, and I sometimes pick one out to wear on a belt because it makes me feel capable of anything.

Packing away those buckles, I realized that the awards I value most are the ones from events that unfolded more like journeys than contests, demanding grit as much as speed, and they motivate me to take on new trail challenges.

Sarah Lavender Smith hopes to earn a 100-mile buckle in Wyoming this summer, and someday she’d like to win a trophy that doubles as a wind chime.

Without doubt, the buckles are special, especially the ones of sterling composition.