You can find the fun in unexpected races. 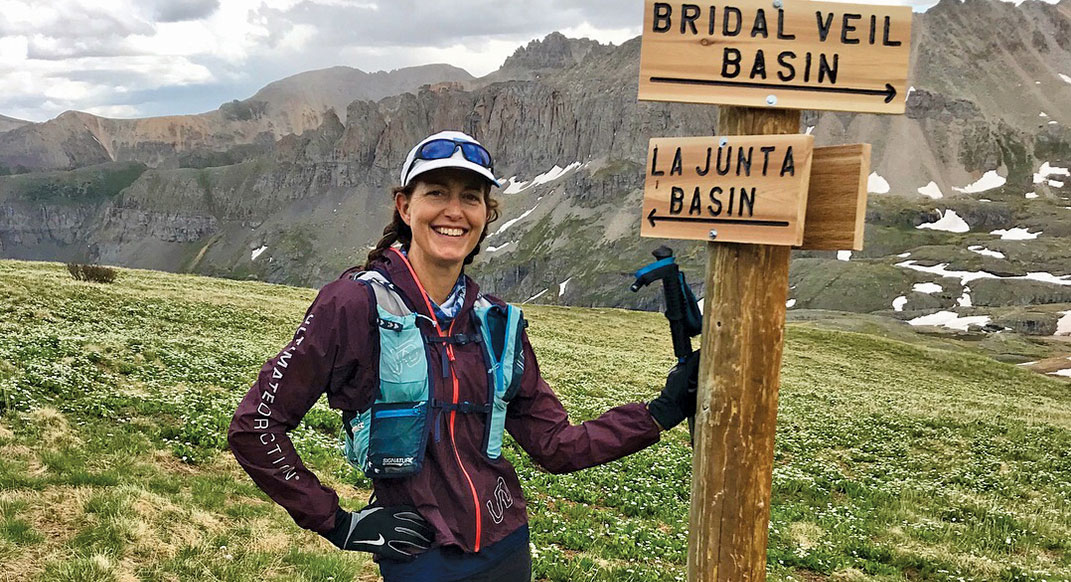 The race director greeted me as I walked up to the two orange cones that marked a starting line in Telluride Town Park. His event would begin in 15 minutes, but only a small number of runners were hanging out. I recognized no one, thank goodness. I didn’t want anyone I know to witness my potential blowup.

Unsure of whether to race, I had come seeking a low-key, no-pressure event.

“It’s the Bridalveil 20,” Erik Dalton replied, mentioning the waterfall that gives the race its name.

Dalton, owner of a local running and mountaineering store, chuckled. “I’m honestly not sure,” he said. “Let me know how your watch measures it.”

I lifted my gaze to the box canyon crowned by 12,500-foot peaks. Pine and aspen covered the base, and tundra and rock sculpted the summits, making the swath of mountains appear bearded and balding.

I had spent the past three months power hiking up, then running across and down, multiple 4,000-foot climbs like this in the thin air of Colorado’s San Juan Mountains. Whether the race was 15 miles or 20, it should feel pleasantly manageable, given my recent training.

I spent so much of the summer preparing for that 100-miler, that ultimate goal. So much self-worth and happiness became unnecessarily tangled in the outcome.

But I wasn’t feeling like myself. The mountain-running confidence developed from more than a decade of summers spent running and hiking here had evaporated a couple of weeks earlier, when at the nearby Ouray 100-mile race, I had failed at mile 66. Physically trashed and mentally foggy, I had succumbed to an unplanned nap on a pile of drop bags at an aid station, then woke up shivering, crying and barely able to move.

I was still grappling to make sense of what had gone wrong. After my meticulous preparation, how could my ankles swell to where I hobbled as if I had stumps for feet? Why did my lungs burn and constrict, making me breathe as if through a straw?

I had heard of this shorter race only two days earlier, when a friend mentioned it, and I signed up impulsively, as a test.

I counted only 17 participants, four of us female. The gathering felt like a group training run more than a race. Suddenly the others took off, bounding like dogs off leash, and I followed.

I didn’t know how fast or slowly to go, or how much to push to keep up with others. A voice like an angel’s popped into my head, saying, Don’t worry about it. Just have fun.

Hiking up a ski slope, then breaking into a run when the trail traversed the mountainside, I felt comfortably cradled by the peaks. I sped up and breathed deeply, no constriction in my chest, no haze in my head.

Ascending an alpine basin, where trees gave way to spongy tundra, I passed two guys who had paused to catch their breath. I played tour guide and mentioned we were following a segment of the famed Hardrock 100 course.

“Wild and tough,” I said, broadcasting the Hardrock motto—a phrase I had repeated like a mantra during my recent 100-mile attempt, until I became so discouraged and weak that I mocked myself by switching it to “mild and fluff.”

I reached the wind-whipped, talus-covered summit and, glancing over my shoulder, spotted a woman with braids like mine passing those guys and closing the gap between us.

“Game on!” I told myself and vowed to run as best I could to the finish, surging on the straights of each switchback.

Hikers coming up the trail called out, “Bad-ass!” and, “First woman!” My smile broadened as I gained momentum.

I spent so much of the summer preparing for that 100-miler, that ultimate goal. So much self-worth and happiness became unnecessarily tangled in the outcome. I never guessed that an off-the-radar, impromptu short trail race like this could deliver so much joy and triumph in one day, softening the blow of that other race.

I reached the end elated and told Dalton that my watch measured 18.25 miles. Five minutes later, the woman behind me finished, and I thanked her for chasing me and my demons.

Sarah Lavender Smith is a contributing editor for Trail Runner. She blogs at TheRunnersTrip.com.