Your most important piece of trail equipment is not your shoes, hydration pack or wrist computer, rather a well-crafted slice of pie. 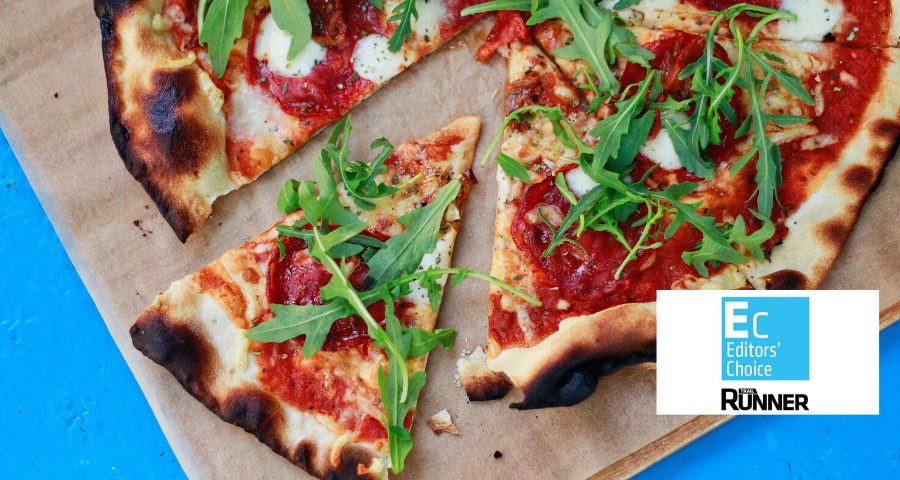 Pizza, or a rounded grain base with saucy topping and vegetable/meat accoutrements (we’re not talking flatbread or focaccia here—and don’t even mention calzones) should be considered the single most essential piece—or should we say, slice—of gear available to trail athletes.

An average (if there is such a thing) slice of pizza is 285 calories, just 15 calories shy of the 300 recommended maximum calories to consume per hour in an endurance event. Coincidence? We think not.  The average slice contains 39 grams of carbohydrates, which makes it perfect endurance fuel. And don’t discount the 18 grams of essential fat it also provides.

Pizza is perfectly nutritionally balanced. Heck, it even looks like a food pyramid. It’s got grains (get out of here with your cauliflower crust), it’s got vegetables (and, in some corners, like Congress, pizza is a vegetable), and it’s got whatever protein Joe Exotic pulls off the Walmart meat truck.

Forget wimpy gels. Prove your intestinal fortitude and strike fear into the hearts of your enemies during your next race by scarfing an entire piece of pizza at the first morning aid station. No one is going to mess with the guy or gal who can house 300 calories of a veggie deluxe and just keep on chugging. Earn your competitors’ gastrointestinal respect.

Pizza is the working man’s food. Popularized in its current form in 18th-century  Naples by laborers known as lazzaroni (like, Lazarus, because of their bedraggled resemblance to the Biblical zombie, and also Barkley Marathons runners) needed food that was cheap, filling and could be easily carried around. And thus, the original endurance fuel was born.

It wasn’t until King Umberto I and Queen Margherita tried pizza on a trip to Naples that the dish managed to transcend its role as proletariat pie and was popularized throughout a newly unified Italy. Pizza is now widely enjoyed by trail royalty today.

Pizza time to recover from the race in my #marcopolo ? pic.twitter.com/0bIk7zjuOi

Join a proud line of runners and workers, the Comrades of the Crust. Use this next-level endurance fuel for your next race or trail adventure. Or, maybe, just lunch.

And have a Happy April Fool’s Day!

Zoë Rom is Assistant Editor at Trail Runner , host of the DNF Podcast and Gear Editor. She enjoys podcasts and pizza.

you’ve convinced me this is the right play.