The Biden Administration’s recent slew of pro-public lands and climate policy has many in the trail community feeling cautiously optimistic. 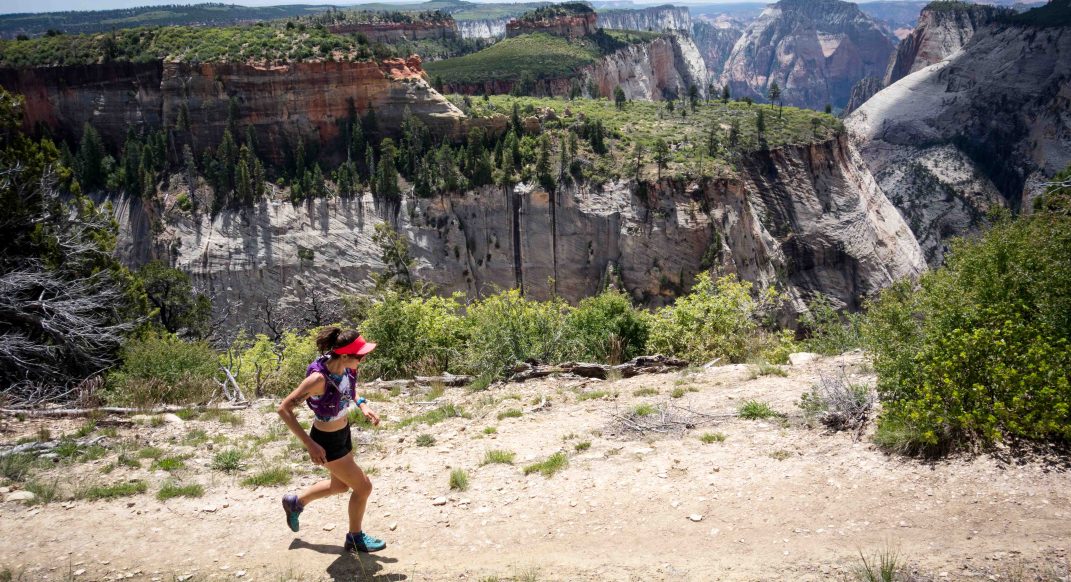 After barely a week in office, President Biden has moved to rejoin the Paris climate accord, halt the controversial Keystone XL pipeline, pass new limits on oil and gas production and mark climate change as a priority in every federal agency. If you’re a fan of clear air, clean water and public lands, it was a pretty good week.

“Tackling climate head-on inherently means addressing environmental injustices, reviving the economy and protecting the places we love to play,” says Abby Levene, a professional trail runner and Protect Our Winters’ (POW) Trail Alliance Captain. “When trail runners, road runners, skiers, cyclists, overlanders come together to say how much these issues matter to us, we can help ensure that future generations can find as much clarity, joy, and connection from sweating on the trails as we do.”

2020 tied with 2016 as the hottest year ever recorded, and scientists say the planet is speeding toward irreversible damage. The U.S. is responsible for the single largest chunk of greenhouse gases that have warmed the planet since the industrial age, and steps need to be taken to reduce its own emissions, starting with protections for public lands.

“We’ve already waited too long to deal with this climate crisis,” Biden said in a speech at the White House on Wednesday afternoon. “We can’t wait any longer. We see it with our own eyes, we feel it. We know it in our bones. And it’s time to act.”

One of the biggest moves from the Biden administration was a halt on all new federal oil leases and requesting a review of all existing leases on federally owned lands and waters. This move may be more symbolically important than functional, as it does little in itself to reduce the nation’s oil and gas production, and won’t affect the number of wells being drilled for years. Oil and gas companies are sitting on a giant cache of undeveloped federal leases: nearly 14 million out of more than 26 million acres leased to oil companies onshore aren’t in use, and nine out of 12 million offshore aren’t in production either, according to the Interior Department.

“This executive order is a sign that we have an administration that has the long view in mind,” says Mike Foote, a professional trail runner and Five Valleys Land Trust (an organization that works to preserve land through conservation easements) board member.  “Divestment in fossil fuels and investment in renewables will inform the health of our economy, the climate and, yes, trail running, in the decades to come. This is a small move in the right direction.”

But, it is a critical step forward in signaling the administration’s approach to reducing carbon emissions and increasing regulations on extractive industries. Biden has set a goal of eliminating pollution from fossil fuel in the power sector by 2035 and from the U.S. economy overall by 2050, speeding what is already a market-driven growth of solar and wind energy and lessening the country’s dependence on oil and gas. And it must be working because the fossil fuel industry is scared.

“This is such an important action for both the outdoor sports community and for our climate,” says Linsday Bourgoine, the VP of Programs and Operations for POW. “Our nation’s public lands are responsible for at least 20 percent of our country’s emissions. In fact, The Wilderness Society’s analysis tells us that if the US’s public lands were a country, it would rank fifth in the world for emissions. We have an incredible opportunity to slash this number, and the Biden Administration is stepping up to evaluate how we can do this effectively and fairly and could go a long way to helping the U.S. contribute to emissions reductions globally.”

Why Does This Matter?

As trail runners, we’re huge fans of anything that sets aside land for recreation rather than extraction. Even if the result isn’t tons of new runnable trail, regulating the amount of oil and gas that we can pull out of the ground is good for everyone.  Fossil fuel production on public lands accounts for nearly a quarter of the U.S.’s carbon emissions, and many advocates say that the executive order is a good first step for toward lowering emissions. The order does not constitute a ban on fracking (which Biden cannot do, unilaterally) and also doesn’t place limits on coal production, which is decreasing anyway as market demand declines.

Biden also signed an executive order to eliminate fossil fuel subsidies, with mixed results. Subsidies aren’t blank checks from the government, and usually take the form of tax breaks, regulatory loopholes or whatever else might give a specific industry a leg up. Only a portion of subsidies are under Biden’s control, as a big portion comes from tax breaks and other financial incentives set and managed by congress, and eliminating those would require actual legislation beyond executive action.

But What About Jobs?!

“Today is climate day in the White House which means today is jobs day at the White House,” Biden said. To combat the frequent conservative critique that climate policies are “job killers,” Biden has placed job creation at the forefront of his climate mission. The executive order released Wednesday mentions the word “jobs” 15 separate times. Biden will revive New Deal era programming as the Civilian Climate Corps, which will employ people to plant trees, protect biodiversity and work in public-lands restoration.

While some Republicans have re-vitalized the ol’ economy vs. environment straw man, the numbers favor conservation. In Trail Runner’s home state Colorado, outdoor recreation (typically dependent on clean water, air and readily accessible public lands) accounted for more than $12.2 billion in economic impact in 2020, or about 3.1 percent of the state’s total economy. Outdoor recreation businesses employed over 149,140 workers in the state. Last year, the Interior Department collected $113.7 million in revenue from oil, gas and coal as well as other natural resources extracted on federals lands. Although Colorado has a relatively high concentration of energy employment, it still only accounts for 91,905 jobs (at last count).

Biden’s plan emphasizes the need for a “just transition” and aims to use those currently employed by extractive industries to be re-trained in projects like cleaning up environmental messes such as abandoned coal mines and oil and gas wells. Biden’s cancellation of the Keystone XL pipeline is a major blow to fossil-fuel infrastructure, as the pipe would carry 830,000 barrels of oil per day to refineries. Opponents of this move cited job losses, but jobs tend to dissipate shortly after construction, which leads to a boom-and-bust cycle that is tough on rural economies.

But What About Justice?!

The other side of a “just transition” is a focus on environmental justice and addressing the disproportionate health and economic burdens Black, brown and Native American communities suffer from living near polluting infrastructures like oil and gas pipelines, mining operations, power plants, landfills and animal feedlots. Respiratory and heart diseases caused or exacerbated by pollution in these communities have been linked to higher death rates from COVID-19. Biden’s executive order puts environmental justice at the top of every federal agency’s agenda, including the Department of Justice. The “Justice40” initiative requires 40 percent of the benefits of climate-related federal spending to serve disadvantaged communities. What spending, and which communities these benefits would go to have yet to be determined, and is sure to be an area of interest for activists and watchdogs.

Will Any Of This Work?

Executive orders are famously fraught and vulnerable to legal challenges and could be overturned by future administrations. But, the notable changes made this week are that billions of dollars out of agency budgets have been specifically allocated to combat climate change and bolster federal resources in both science and environmental justice.

“While a lot has changed in the last couple of weeks, the actions we need to take to protect the places we love have not changed. As runners, we know what it means to get up and do the work day after day, regardless of the weather, circumstances, et cetera,” says Foote. “The process that works best, regardless of the political winds, is to stay informed and make your voice heard whenever and however you can.”

I would also like to see removal of subsidies for animal agriculture and a focus on reducing meat consumption… animal agriculture is a huge contributor to climate change, deforestation, loss of top soil, dead zones in the ocean, destruction of natural grasslands, water pollution and so on and so on… unfortunately this is seldom mentioned in discussion on environmental protection.

I am sure that John Carrie flying around in a private jet in the name of climate change will be a big boost to the climate change agenda. It’s always good to send money to Brussels so that they can tell us what to do. I think if you look honestly at the results of the Trump administration’s environmental agenda we did pretty good these last four years.

Since when does a Running Magazine get involved in politics? I didn’t buy a magazine to listen to your political views, if that’s the case , just send my money back and cancel my subscription .

You environ-whackos never cease to amaze me. You think you can control Mother Earth with the stroke of Xiden’s pen. It’s delusional at best and dire consequences at worst if you are the one who just lost your job. It’s sickening what amerika is becoming.

Thank you so much for this article! I find it difficult to be informed about climate policy. The context provided for each of the points here are very valuable.

Awesome article, thank you for providing some overview rooted in facts! I particularly like the jobs section. God forbid we take care of our planet, health AND create more jobs.