The stimulus bill infuses public-land agencies with much needed cash. 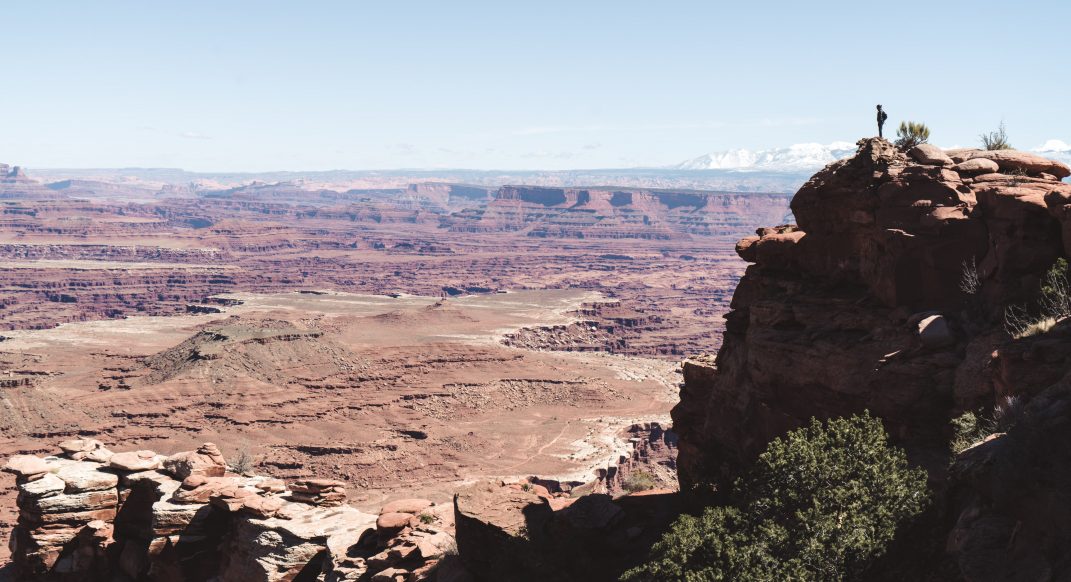 This March, Colorado Senator Cory Gardner shared a picture of land acquisition at the Black Canyon of the Gunnison National Park in his home state with President Donald Trump. The picturesque land had been added to the park with funds from the Land and Water Conservation Fund (LWCF), and thoroughly impressed the president, according to the New York Times—so much so that a new bill to fund that agency will soon land on the president’s desk.

Last week, the Great American Outdoors Act was passed in a bipartisan agreement with a 73-25 margin. The bill infuses the nearly 60-year-old LWCF with $900 million and will partially fund a $20-billion backlog of Interior Department maintenance projects with $9.5 billion. The result is sweeping legislation that will enable the expansion and maintenance of public lands and facilities for trail runners.

“Trail runners, like all trail users, stand to benefit immensely from the Great American Outdoors Act’s investment,” says Amy Lindholm, the LWCF Coalition Manager. “It means new entry points, feeder trails, parking lots and trailheads; connecting trails that are now incomplete where users must run on unsafe roads; and preventing trails from being blocked or discontinued if public rights-of-way are lost where they cross private land.”

Almost 900 environmental groups have endorsed the bill, and many have advocated for the full funding of the LWCF for years.

The Republican Senator Garnder championed the rare, bipartisan agreement, along with co-sponsors Steve Daines (R-MT), Mitch McConnell (R-KY) and Bernie Sanders (D-VT). Both Daines and Gardner are facing tough reelections in their home states, both of whose economies depend on income from outdoor recreation. Outdoor recreation accounts for $778 billion in consumer spending and supports over five million jobs. In a statement issued after the bill’s passage, Gardner called it “a lifeline to mountains towns and recreation communities hit hard by the COVID-19 pandemic.”

The bill is funded by oil-and-gas development. When companies explore, develop and extract oil and gas offshore in federal waters, such as the Gulf of Mexico where it is currently allowed, they pay royalties to the federal government. Since that money belongs to the American people, part of the profits are set aside as a conservation offset for the LWCF to protect land, water and recreation infrastructure. Some of the bill’s detractors have argued that more funds should be allocated to states along the Gulf to help curb coastal erosion, rather than funding already popular public lands destinations.

Since its inception in 1965, the LWCF hasn’t been fully funded to its annual $900-million allotment—until now. The LWCF expands national parks, builds bike paths, singletrack, boat ramps, restrooms, roads and almost any facility present on public lands. Every single county in the U.S. has had at least one project helped by the LWCF.

The $20 million dedicated to the Interior Department will be split between the National Park Service, U.S. Fish and Wildlife Service, Bureau of Land Management, Bureau of Indian Education and the U.S. Forest Service. The lion’s share would be allocated to the Park Service to start work on a $12-million maintenance backlog, with the remaining funds being split among the other agencies.

Last year, President Trump put forward a budget proposal that would have reduced LWCF funding down from $150 million down to less than $8 million. The passage of this bill marks a profound reversal for public-land expansion and maintenance.

“Full and permanent funding for LWCF is a huge step forward in providing the resources needed to create outdoor experiences in places they are needed most,” says Diane Regas, the President and CEO of The Trust for Public Land. “During this pandemic, we have seen that access to nature is more important than ever. But not everyone has a safe and quality place to get outside during this time. The COVID-19 pandemic has made it clear that in far too many communities, parks and accessible natural areas are a privilege, when they should be a right.”

“The health benefits that parks, trails and public lands provide will be essential to our recovery from this crisis, and the long-term sustainability of our communities,” says Regas.

That’s something everyone, and every trail runner can get behind.

Zoë Rom is Assistant Editor at Trail Runner and produces its DNF podcast. She enjoys long runs in the mountains and making pizza at altitude.