Tim Tollefson shares how he defines success and how he's moving on after UTMB. 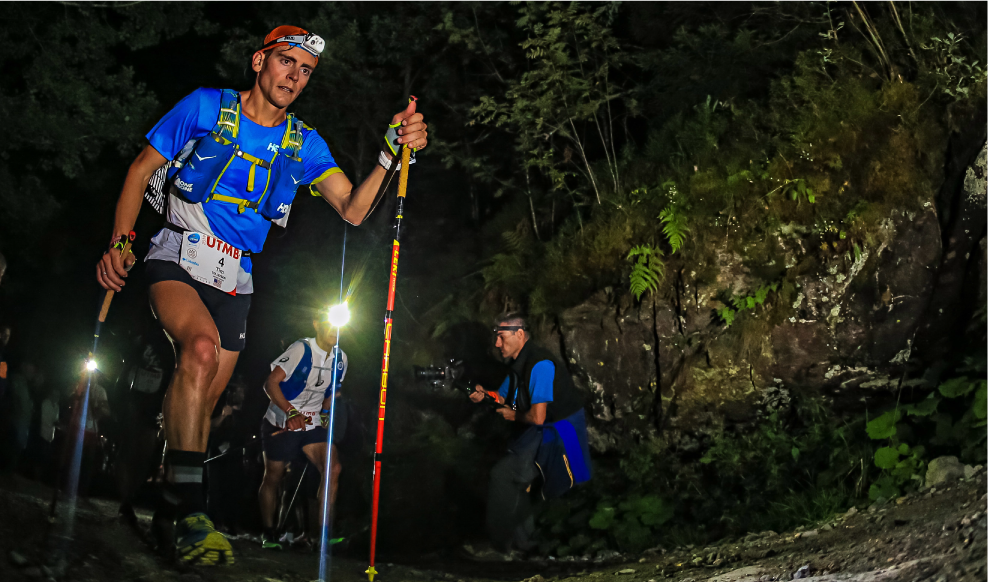 Each year, competitors in the Ultra-Trail de Mont-Blanc are given color-coded bracelets to indicate which event they’re running. Red indicates the runner will circumnavigate the entirety of the Mont-Blanc massif—passersby on the street acknowledge competitors’ bangles with a respectful head nod.

There are two red cloth bracelets on Tim Tollefson’s wrist. One is slightly faded and frayed, from last year. One is bright and new, a fresh reminder of another attempt at the world’s most competitive race.

After two third-place finishes, in 2016 and 2017, a fall that resulted in a muscle-deep cut on Tollefson’s leg ended his 2018 UTMB prematurely. In 2019, he found himself at Mont Blanc’s base yet again, hoping to revenge a less-than-ideal race.

Things started to unravel the moment Tollefson arrived in Chamonix. A nagging earache surfaced as he rushed from one promotional event to another. Many were predicting Tollefson would be the first American male to win UTMB, and that pressure began to weigh on him.

“For the first time, the excitement and pressures and expectations of me in the lead up to UTMB drained me,” says Tollefson. “I wasn’t able to relax and just get excited. It felt like a work trip.”

Tollefson got to the start nonetheless. An hour into the most highly anticipated race of his season, his earache blossomed into a full-blown headache. Two hours in, he developed a fever and began to sweat and shiver uncontrollably.

“I kept thinking, maybe this will turn around,” says Tollefson, “but it didn’t”.

His headache intensified, and he hadn’t been able to keep food down for three hours when he called it quits. In his last hour on the course, he estimates that almost 90 people passed him.

“You try to plan for everything. You visualize things going wrong, and what you’ll do to fix them. This was something I just couldn’t fix.”

For the second year in a row, Tollefson DNF’d the UTMB. But, he still views his performance as a success.

“Any time you show up, give your best and walk away healthy and with good relationships, that’s a win,” says Tollefson.

It’s those unexpected twists and turns during long mountain ultras that keep Tollefson coming back. Whether it’s a side stitch or needing actual stitches, the certainty that there will be rough days gives Tollefson a keener appreciation for the good ones.

Tollefson doesn’t know when he’ll be back to collect his next red bracelet.

“When I return, it’ll be for all the right reasons. Not to achieve the first American male victory,” says Tollefson. “If that’s the motivation, it makes failure more likely.”

How to Deal with a DNF

Here’s how Tollefson turns a tough race into a learning experience.

Tying your self-worth to a race outcome is a dangerous game. Establish your own definition of success, and stick to it.  “My best races don’t always end on a podium,” says Tollefson.

Allow yourself time to celebrate or grieve. “That may be days or weeks, but try to process what happened,” says Tollefson. “Reach out and thank everyone who was a part of your race effort.”

Stay off Ultrasignup.  Says Tollefson, “If you jump right into the next race, you’ll compromise your recovery both mentally and physically.”

Get excited for non-race goals in the future. Maybe it’s a big mountain-mission or just a big pizza, but find stoke in the future. “I can’t wait to get home to the Sierra,” says Tollefson. ”I have some adventures planned with just me, some snacks and a water filter. It’ll be good for me, for my heart.”

This is some great perspective from Tim, and a lesson we can all learn from. The longer the ultramarathon and the more challenging the conditions, the more chances there are for things to go wrong and opportunities to learn. The key is that we learn from them.

Hope to toe the UTMB 2020 starting line together!

Really needed to read this after my first 100-miler last weekend! Thank you for sharing your thoughts!