How To Talk About Climate Change

Here is how trail runners can have more productive and compassionate conversations about the issues. 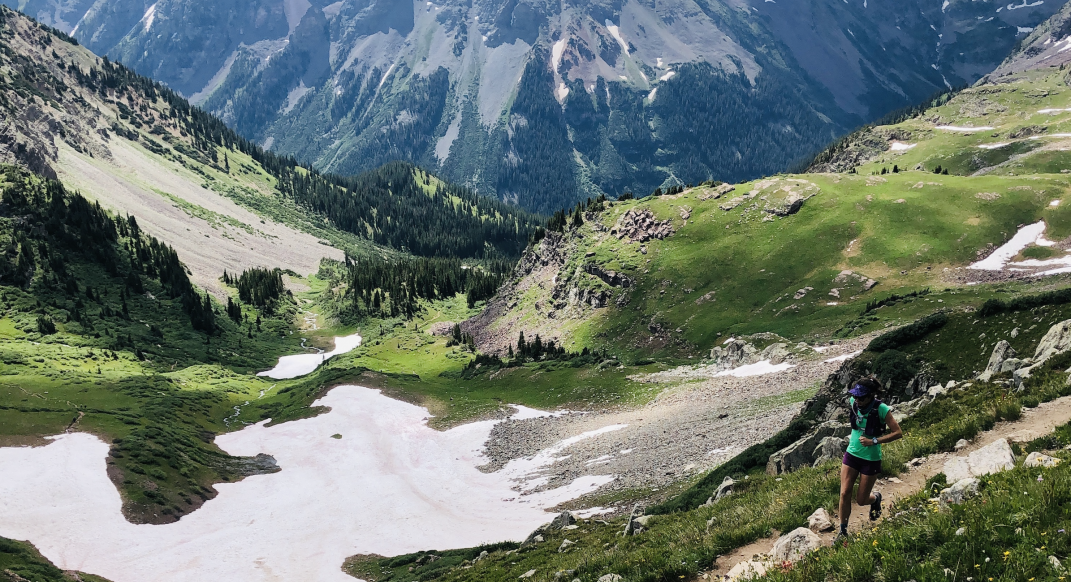 The earth is getting warmer. Right now. The global average temperature is about 1˚ C (1.9˚F) hotter than pre-industrial levels according to the Global Temperature Index, established by NASA. According to the 2018 IPCC Report, scientists confirmed that at the current rate of warming, the world could become 1.5˚C warmer as soon as 2030. That’s well within the lifespan of most people reading this article. While that might not sound like a big increase in temperature, it’s the difference between life and death for thousands of people.

Human beings are causing this global temperature increase, largely by burning fossil fuels. Rising temperatures correlate almost exactly with the release of greenhouse gases. We’re now well over 415 parts per million of CO2 in the atmosphere.

There’s no real scientific debate around these findings. An overwhelming 97 percent of scientists agree that climate change is caused by human greenhouse gas emissions. The oil company Exxon knew about climate change’s impact on earth as early as the 1970s, and led an industry-wide attack on the truth, funding a false debate that prevented public action and falsely framed this as a “debate”.

It’s important to listen to scientific consensus, as well as indigenous traditional and local knowledge. Around the world, community leaders are sharing their observations of how ecosystems are changing. Synthesizing the collective knowledge of frontline communities and scientists tells us one thing: climate change is real, and it is impacting our world.

Many trail runners are environmentally conscious, have an understanding of climate change and believe that it is detrimental to our planet and population. However, not everyone is informed about the issues, and some folks even doubt that climate change is occurring or that it is a bad thing. This article is written from the former standpoint and offers ways to discuss the issue with confused, skeptical and curious people.

People are more likely to listen to a message when it comes from someone they trust or admire. The good news is, for many people, that’s you. Trail runners are ideal climate communicators not just because of their experience, but because of their social leverage and interest in protecting the environment, and people.

Climate change is tied to increased pollution, biodiversity loss, habitat fragmentation and species extinction. While its toll on the physical world will be acutely felt, even more important is the effect it will have on this planet’s people. It will amplify hunger and poverty, increase resource scarcity that could exacerbate political instability and even hasten refugee crises. Since 2008, an average of 24 million people have been displaced by catastrophic weather disasters each year, many linked to climate change.

Your connection to this issue matters, and it’s likely that there’s someone out there that only you can get to. Whether it’s through direct conversation or through social media, you’ll be able to tailor a message in a way that feels authentic to you and your story.

According to the Yale Center for Climate Change Communication, 54 percent of Americans think global warming is happening, but only a third of people say they talk with friends and family about it. This leads to what the YPCCC calls the “Spiral of Silence,” where people concerned about the climate avoid voicing their worry because they don’t hear others doing the same, which perpetuates the cycle.

In a fantastic Ted Talk, the atmospheric scientist and professor Katherine Hayoe says that the best thing we can do to disrupt the confusing rhetoric surrounding climate-change discussions is to do the “exact thing we’re not doing: talk about it.” The more people learn and hear about it, the more socially acceptable and validated those conversations become.

According to the YPCCC, common reasons people cite for not starting conversations are being worried they don’t know enough, not wanting to cause an argument or not thinking that they can make a difference.

Fortunately, you don’t need to memorize climate models or have a firm grasp on the finer points of the albedo effect (the ratio of solar radiation reflected by a surface relative to incoming solar radiation, basically, how much light ice reflects) to be an effective climate-change communicator. What matters is that you have an understanding that there’s a scientific consensus that human-caused climate change is real, and it’s serious.

“You do not have to be a professional athlete or an expert to care or speak up about climate change. You just need to care,” says Mario Molina, Executive Director of Protect Our Winters (POW). Here’s how to get started.

Meet people where they are. This is a conversation, not a conquest. People don’t like being told they’re wrong or forced into a corner where they cling even more tightly to their beliefs. The goal is to establish a connection, not conversational domination. Conversations about climate change are sometimes misrepresented as being politically charged and divisive, which doesn’t have to be the case.

Find out what they’re interested in, and what they care about.

“Start your conversations with some common ground,” says Molina. “That can be a literal place or a sport you both enjoy.”

Humans are predisposed to avoid negative emotions, and denial or inaction can be a physiological buffer against existential threat. Instead of focusing on doom and gloom, keep the message positive and focus on the benefits of taking action. Both hope and worry can produce constructive engagement, but staying positive is more important in the context of a productive conversation.

“Avoid crisis language,” says Thasiah. “It does not put people in an emotional state conducive to discussing the kind of thoughtful, long-term political work climate issues call for.”

In a 2015 study in the journal Nature, 6,000 people surveyed across 24 countries found that emphasizing the shared benefits of climate action was the most effective way of motivating others to action. People were more likely to engage in climate action when they believed it would produce social, economic and scientific benefits.

Delineating the myriad potential harms of unmitigated climate change is probably not a good strategy. Stick to illustrating the potential benefits of addressing the issue. Emphasize that small actions like reducing fossil-fuel use, meat consumption and food waste can result in meaningful impacts, and help make steps toward near-universally popular goals like job creation and health and safety.

Share what small steps you’re taking, for example, altering your own driving or dietary habits to enact positive change. Emphasize the importance of action, no matter how small.

Use Emotion And Connection Over Facts

Research shows that engaging on an emotional level and being vulnerable about personal hopes, fears and experiences leads to more productive and less divisive conversations. When we’re presented with facts that contradict our strongly held beliefs, we turn away from logical reasoning towards what we already believe to be true. While someone may try to dispute facts, they’ll have a much harder time discounting your lived experience.

“Athletes see the impacts of climate change first-hand,” says Molina. “By speaking up and sharing these stories, they can help translate the scientific facts into something tangible. Science has overwhelming evidence of these changes, but presenting evidence alone hasn’t solved the problem.”

The best way to neutralize partisanship is not to appeal to science, but to emphasize shared values and experiences. Common values might be sustainable economic development, national security, clean air, affordable energy, keeping corporations from dictating government policy or being good stewards of earth’s natural resources. Working from a common goal or shared value helps you tailor your message in a way that will appeal to the person you’re speaking to. Whether it’s a more equitable economy or a more stable ski season, use that point of connection as a starting point.

Use the things that make you uniquely you, like your connection to the environment through trail running, and use it to build bridges through conversation.

Says Thasiah, “As an Asian-American trail runner, I like Confucius’ advice.  He said, ‘Congenial, good-natured, reverent, frugal, and deferential.’ We should always honor people.”

Zoë Rom is Associate Editor at Trail Runner, and has a master’s degree in Environmental Journalism from the University of Colorado Boulder, and is very excited to exercise her own advice at Thanksgiving dinner.