Women winning overall isn't necessarily anything new, but could it be on the rise? 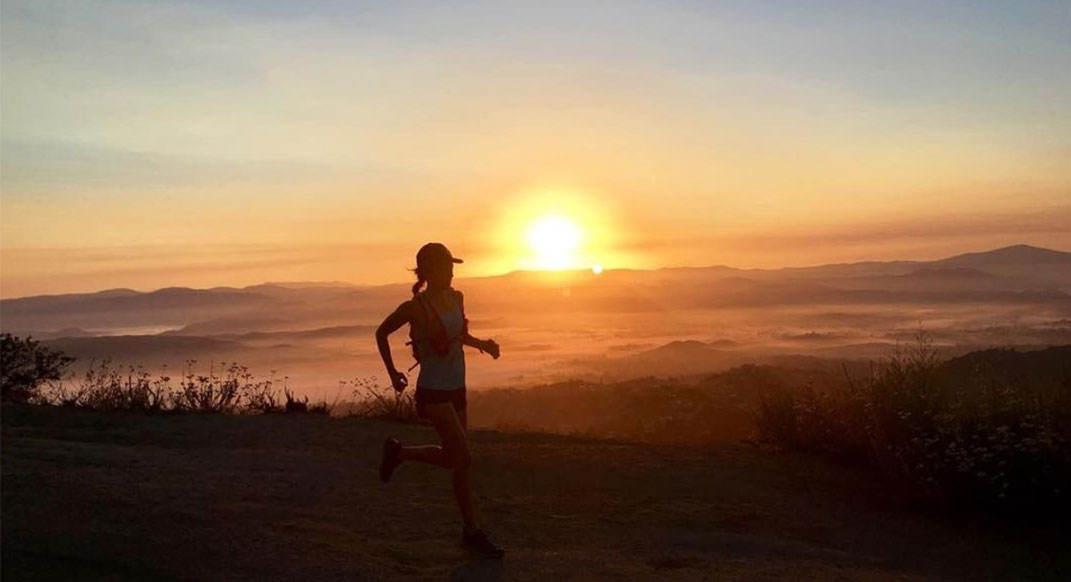 The author on one of her favorite trails. She won Squak Mountain 50K outright this past April

In the fall of 2017, two ultrarunners accomplished two incredible feats. In October, a world record was broken as one runner finished 100 miles in 12 hours, 49 minutes, 39 seconds—averaging 7:38 minutes per mile—at the Tunnel Hill 100 in Vienna, Illinois. A month later, a second runner won the 240-mile Moab 200 Endurance Run, besting second place by more than 10 hours.

Both runners were women.

The first runner, Camille Herron, 36, of Oklahoma City, Oklahoma, is the 2017 female Ultrarunner of the Year, and has since placed first at Bandera 100K in Bandera, Texas and Jed Smith 50K in Sacramento, California. The second runner, Courtney Dewaulter, 33, of Golden, Colorado, has placed first at three of the races she’s run (including first overall again at the Coldwater Rumble 52-mile in Goodyear, Arizona) since her race in November.

Women taking first overall isn’t new. In 2002, Pam Reed, of Jackson, Wyoming, now 57, won Badwater, the grueling 135-mile race across Death Valley, California. Ann Trason, of Auburn, California, also 57, has been winning races since the 1980s and has overall wins at several 50 milers and has placed second or first overall at highly competitive races like Leadville 100, Western States 100 Endurance Run, and the Way Too Cool 50K. In 2011, Jennifer Pharr Davis, 34, of Asheville, North Carolina, a hiker and National Geographic Adventurer of the Year, completed the 2,185-mile Appalachian Trail in the fastest known time—male or female—of forty-six days, eleven hours, and twenty minutes (that time has since been bested by Joe “Stringbean” McConaughy who now holds the overall FKT).

However, many of these wins are exceptions. Men and women are judged separately in races as small as your backyard 50K to Western States 100, and for good reason. “Look at the top 10 for the 2017 Western States,” says Sarah Lavender-Smith, 49, of Piedmont, California, running coach, ultrarunner and author of The Trail Runner’s Companion. “All male. The first female was 15th overall. A separate gender division that creates and celebrates a women’s race, rather than only having overall rankings, promotes more women in the sport and more sponsorship of female athletes.” Dividing participation allows for men and women to both be recognized, but it wouldn’t be crazy to say that women will continue to stand on the podium beside—and above—men.

However, Jason Koop, Director of Coaching at Carmichael Training Systems, believes that seeing women at the top of the podium overall isn’t a precursor to women dominating the sport over men. “Women winning ultramarathons outright is a nothing new; it’s a combination of an outstanding female performance and the men’s field not being very good (with all due respect to those men), and will continue to happen,” he says.

A recent study from the University of British Columbia suggests otherwise, however. Both men and women were asked to engage their plantar flexors, a group of nine muscles that control the extension of the ankle, by flexing their foot against a sensor as fast as they could. While men were faster and stronger at the task, they tired quickly; women, on the other hand, maintained a similar speed and power throughout the session, ultimately fatiguing less overall.

While the study examined a very specific group of muscles, researchers hypothesize that similar results can be expected for other muscles used for running. Shawn Bearden, who holds a PhD in Exercise Physiology and hosts the popular Science of Ultra podcast, agrees. “Science tells us that women are more fatigue resistant in lower-intensity activity,” he says. While ultramarathons are by no means an easy activity, they’re typically run at or below our aerobic threshold. “It’s particularly in this zone,” Bearden explains, “that women tend to outperform men.”

At the recent Ultra Race of Champions 100K in Skylark Virginia, Amanda Basham, 28, of Logan Utah, finished third overall. Jeff Colt, 27, of Carbondale, Colorado, finished second place and knew she was giving him a run for his money. After the race, he said, “If the race had been longer, she would have won outright.”

Additionally, women may be better able to pace themselves, which makes a big difference in longer races. A 2016 study found that most men overestimated their marathon finishing times and slowed down towards the end of the race. Most women, meanwhile, were more likely to predict accurate finishing times and pace themselves evenly throughout the race.

Lastly, women utilize calories differently, deriving more of their needed energy during a lower-intensity activity from fat than carbohydrates, as demonstrated in this 2006 study. Over the course of an ultra, that’s far fewer calories that need to be consumed in fear of the dreaded bonk.

While these advantages are more likely to play out in longer races, science doesn’t yet support women winning events overall as a rule. Nor does observational evidence.

“Though Courtney [Dewaulter] and Camille [Herron] are making huge advancements for the sport, I think the barrier is still one of physiology. I don’t see women competing against men in the future on a large scale,” says Eric Schranz, host of Ultrarunner podcast and the ultrarunning news site by the same name. “However, if we’re talking ‘breaking barriers’ in the metaphorical sense, then yes, what they’re doing is showing that women can perform at a much higher level than what we’d already considered amazing.”

Bearden is more optimistic and thinks the number of women beating men in ultramarathons hinges upon a societal shift. “It’s not only an individual barrier, but a general community-wide mentality that separates men and women. The more discussions we have, the more we’ll start accepting that women can win overall.”

I think its a shame that we continue to go down this road to compare genders. It is what it is regarding physical abilities, both women and men in the sport of trail running and ultras have the ability to beat the odds and set new records, regardless of gender. The ultra community, I find, is a peaceful co-gender respectful community and it’s these types of articles that start to create a rift. I’m disappointed in this article.

Her name is Dauwalter 🙂

I love this article and think that this is an important discussion that will be had time and time again as cis females begin breaking into more overall performances. To say that this is due to subpar male fields sounds like archaic reasoning to me, but I do think (as both a woman and physiologist) that the division of gender rankings is still important so that both genders are recognized equally, and as far as I know, backed by science to date. As more women break into the field, I’m sure more studies will follow to see if gender rankings… Read more »

msinformation. every record in ultramarathons are held by men. you fail to mention the record broken you talk about was a female record. The actual overall world record is almost an hour quicker…by a man.

Records for UK based ultramarathons: Ramsay Round , double Bob Graham round and Spine Race (Pennine Way) all belong to women now: Jasmin Paris and Nicky Spinks.