Missy Gosney: Made for the Mountains

Gosney, 48, finishes the notorious Nolan’s 14 only five years after her first trail race 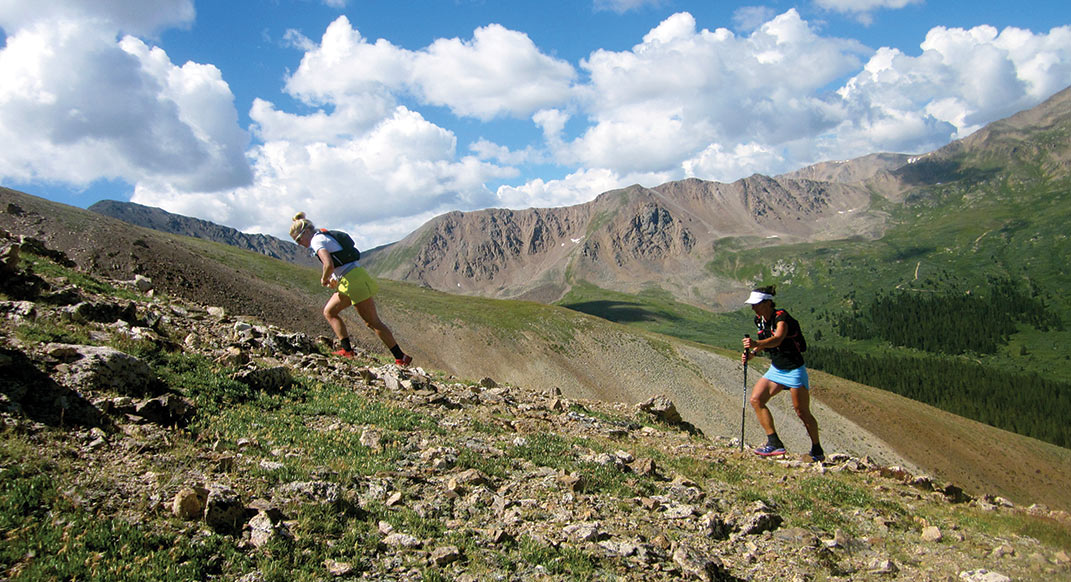 Anna Frost and Missy Gosney (also below) during their Nolan’s 14 adventure in Colorado’s Sawatch Range. Photo by Brandon Stapanowich

On August 15, Missy Gosney, of Durango, Colorado, and New Zealand runner Anna Frost became the first women to finish Nolan’s 14. Nolan’s, a roughly 100-mile adventure run over 14 14,000-foot peaks in Colorado, has around 44,000 feet of climbing and a 60-hour cutoff.

Although Frost, 33, has become a big name in trail running, Gosney, 48, is still a relative unknown. In 1987, as a young student at an Outward Bound program in Colorado, Gosney developed a love for the outdoors. Two years later, she returned to the Colorado mountains to work as a mountaineering instructor and program leader for Outward Bound in Durango.

Gosney sometimes went on short runs to blow off steam, but it wasn’t until 2009, when she met her future husband, ultrarunner Brett Gosney, that her running picked up. After a few “running dates” together, Missy too became hooked.

In 2010, Gosney entered her first trail race—the Desert Rats 25-miler in Fruita, Colorado, and went on to run a handful of 50Ks and 50-milers. The next year, she completed her first 100K.

In 2013, Missy set her sights on Nolan’s as a way to raise money to help girls attend Outward Bound courses. She spent a year scouting, then made her first attempt in 2014, ending on the 12th summit. That winter, Gosney and Frost ran into each other and decided to take on Nolan’s together.

Though relatively new to ultrarunning, Gosney draws on a deep reserve of wilderness experience. “I have never met anyone more knowledgeable and more prepared mentally and physically for being in the mountains,” says Hannah Green, a fellow ultrarunner and friend who crewed both of Gosney’s Nolan’s attempts. “Bear Grylls is great and all, but Missy Gosney—she’s on a whole other level.”

This year, a month after placing fourth in the Hardrock 100, Gosney reached Mount Shavano, the final Nolan’s summit, with Frost in 57:55. 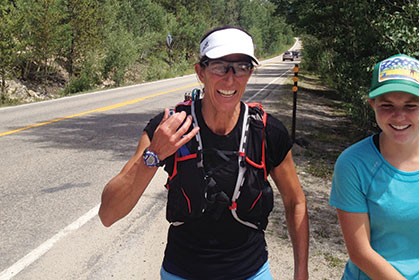 Here’s what Gosney had to say about the adventure:

When I started working for Outward Bound, I was based in Leadville, right next to where we started Nolan’s, and I took kids and staff through those mountains for years. Those mountains have a pretty old place in my heart.

Ultras tend to be self-consuming, so I really wanted to do Nolan’s to provide opportunities for girls to attend Outward Bound, rather than just for myself.

We had a pretty mixed bag of weather—thunder, lightning and howling rainstorms. A few times we were full-on sprinting, trying to bag peaks before lightning hit us.

Anna had the honor of hallucinations that I didn’t. She kept going, “Oh, look at the elephant!”

The minute we left Antero—the third-to-last summit—I felt super emotional. I got that far last year and part of me couldn’t believe I was doing it all over again. I’m 48 years old, I have other things going on, and I had already given three years of my life to this. I was ready to move on.

On the last peak, I looked down and saw all our crew and friends coming up the trail with bottles of champagne. We had this great celebration, because it wasn’t just Anna and I that got us through Nolan’s. When you do a big trip like this, you need to remember why we do this. It’s the place and it’s the people you’re doing it with.

The Nolan’s Project: The Inside Story of Nolan’s 14