The Protecting America’s Wilderness and Public Lands Act is great for trail runners. 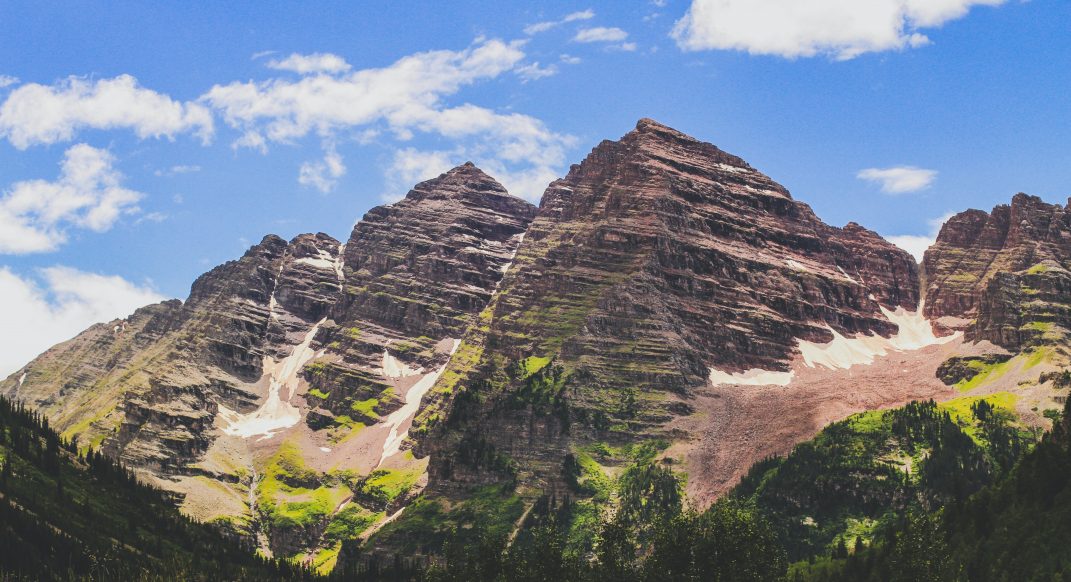 At the end of last month, the House of Representatives passed a sweeping public lands package that, if signed into law, would add protections to almost three-million acres. The Protecting America’s Wilderness and Public Lands Act (PAW+) includes eight public-lands bills that would protect areas across the West and set aside funds for public infrastructure. The bill passed along party lines in the House, 227-200. If it passes the Senate (a significant “if”), it would be a major step toward the Biden Administration’s 30X30 goal, to preserve 30 percent of America’s land by 2030.

The sprawling package contains eight distinct bills, each with its own specific goals but all share some common themes (see details about the component legislation below). The bill would protect 2.7-million acres of public land and 1,000 miles of Wild and Scenic Rivers. It would also designate Camp Hale, near Leadville, Colorado, the nation’s first Historical Landscape. Perhaps most exciting for trail runners, the package sets aside funds to build recreational trails for “non-motorized transportation.”

There are also special allowances for iconic races like Colorado’s Hardrock 100 and California’s Angeles Crest 100 which would go through new, proposed wilderness areas. The text authorizes “competitive running events currently permitted in the Redcloud Peak Wilderness Area and Handies Peak Wilderness Area in a manner compatible with the preservation of such areas as wilderness.” This allowance is due to grassroots efforts in the running community to make sure protections for races are codified in the legislation.

“This bill also illuminates how the trails on which we love to travel directly connect to climate change,” says Levene. “By preserving large swaths of connected wilderness, protecting rivers and incorporating fire-resiliency management, PAW+ takes an important step toward combatting climate change while simultaneously expanding and protecting trail access.”

This bill would represent huge additions to the National Wilderness Preservation System, designating over 660,000 acres as new wilderness.

“There is no greater way to value a landscape than to protect it,” says Dakota Jones, a POW athlete and engineering student based in Colorado’s San Juan Mountains. “It’s because of the objective, scientific, demonstrable economic and social needs for wild places to exist in as close as possible to their natural states.”

Wilderness areas prohibit logging, mining and motorized vehicles, though there are provisions to grandfather-in historical extraction and livestock grazing. To qualify, land must be at least 5,000 acres, without roads and appear natural without noticeable human presence and provide space for recreational activities. These areas are particularly good for making sure wildlife habitat goes un-fragmented and protecting clean air and water. Existing Wilderness, like Colorado’s Maroon Bells (in Trail Runner’s backyard!), would be expanded. Scientists have found that mountain ecosystems, like the Maroon Bells, could serve as vital climate refugia for species affected by development and climate change that alters delicate ecosystems.

“When we don’t protect landscapes and they become developed, that upsets the soil, which is one of the largest carbon reservoirs on the planet. Development also generally results in deforestation, which removes another carbon sink from the landscape,” says Jones.  “Plus, since a lot of development on public lands is done for the sake of extracting fossil fuels, all these negative effects are compounded by the fact that all these newly unearthed fossil fuels will then be burned.”

“By protecting these landscapes, the House is taking bold action that will contribute to the health of our planet and our communities,” said Lydia Weiss, director of government relations for The Wilderness Society, in a statement. “Protecting these lands will help us tackle the climate crisis, create recreation jobs that power the economy, provide chances for more people to get outdoors and begin to reverse the rapid loss of nature that continues to put us all at risk.”

Now that these bills have passed the House floor, they’ll next to go through the Senate, where anti-public-lands Senators could create roadblocks. With Senate confirmations still unfinished, this legislation may not be a priority. A similar package of lands-and-water-conservation legislation, with a nearly identical title, died in the Senate last year.  But, there is reason to believe that this time could be different. With a more public-lands-friendly majority leader and Democrats in control of the chamber, the odds could tilt in the bill’s favor.

The Biden Administration has voiced its support for PAW+, saying it “puts in place protections for some of our nation’s most iconic natural and cultural resources and safeguards recreational opportunities for the benefit of current and future generations while creating jobs and investing in the recreation economy,” according to an Office of Management and Budget statement released last week.

“Calling your representatives is one of the best tools we have to protect the places we play and to encourage government action on climate change. Leave short messages saying why climate action and this specific legislation on PAW+ should be a major priority,” says Jones. “Your representatives want to get reelected and they will listen to their constituents who are loud enough.”

Senator Michael Bennet, from Colorado, and Kyrsten Sinema, a key Democratic moderate from Arizona, have already introduced companion bills. PAW+ could get passed a few different ways. It could go through the normal floor procedure which requires 60 votes, or it could get attached to a larger piece of legislation that’s more likely to pass, like an infrastructure bill.

You can use this form letter to send to your representative to voice support.

This bill makes permanent a 20-year mineral withdrawal, which prohibits new mining claims on approximately one-million acres of public lands around Grand Canyon National Park and was enacted by the Department of the Interior in 2012. A huge boon to both local economies that depend on the canyon and trail runners alike, this bill would permanently protect an iconic American landscape.

This act would protect 260,000 acres of Wilderness and almost 400 miles of Wild and Scenic Rivers. It would also create a 730,000-acre restoration area to protect and restore forests, including ancient redwood forests, and improve water quality while reducing fire risks. It also helps boost outdoor-recreation economies by providing new opportunities for hiking, biking, camping and trail running.

This act designates 245,000 acres of wilderness and adds 160 miles of creeks and rivers to the National and Scenic Rivers System. It would also establish the Condor National Recreation Trail, a 400-mile thru trail that connects the northern and southern parts of the Los Padres National Forest. More trail!

This bill would expand protections for Los Angeles National Forest, which accounts 70 percent of Los Angeles County’s open space. It would add outdoor-recreation access for underserved communities in L.A., and add trails to a well-used system.

This act would expand the Santa Monica Mountains National Recreation Area by 191,000 acres. This would preserve critical wildlife corridors and would enhance trail opportunities for over 17-million people living in the communities of the greater Los Angeles area.

The CORE Act protects critical recreational areas and viewsheds in the high Rockies of Colorado, which are seeing increased strain due to population growth and demand for outdoor recreation opportunities. The bill safeguards important zones in the San Juan Mountains in southwestern Colorado, with state landmarks, iconic 14ers, and trail-running destinations like Mount Sneffels. It also includes protection for the Thompson Divide (a stone’s throw from the TR office!) from resource extraction.

This act would permanently protect more than 600,000 acres of public lands as wilderness. Notable landmarks include Handies and Redcloud peaks, which boast spectacular alpine trails for running and hiking.

This would protect 126,556 acres of the Olympic National Forest as wilderness and add almost 500 miles to the National Wild and Scenic Rivers System. This would safeguard clean drinking water, ancient forests and undisturbed rivers. It would also expand world-class hiking and trail-running opportunities that are a boon to Washington’s outdoor recreation economy.

Zoë Rom is Associate Editor at Trail Runner magazine and host of the DNF podcast.

Are the funds for “non-motorized transportation” limited to the eight specific areas coverd by the bill, or can they be made available for other trail projects?

Hey Mike! That’s a great question – they are specific to these areas! But you can always let your reps know that you’d like more money to be set aside for trail development and maintenance!

This is so exciting! Calling my reps right away to encourage them to vote for this.

More money we don’t have and an overreach of the federal gov’t once again.