UPDATE: John Kelly Finishes Barkley Marathons, and a Near Miss for Gary Robbins

John Kelly finished the race in 59:30, while Gary Robbins took a wrong turn in the final miles of the race. 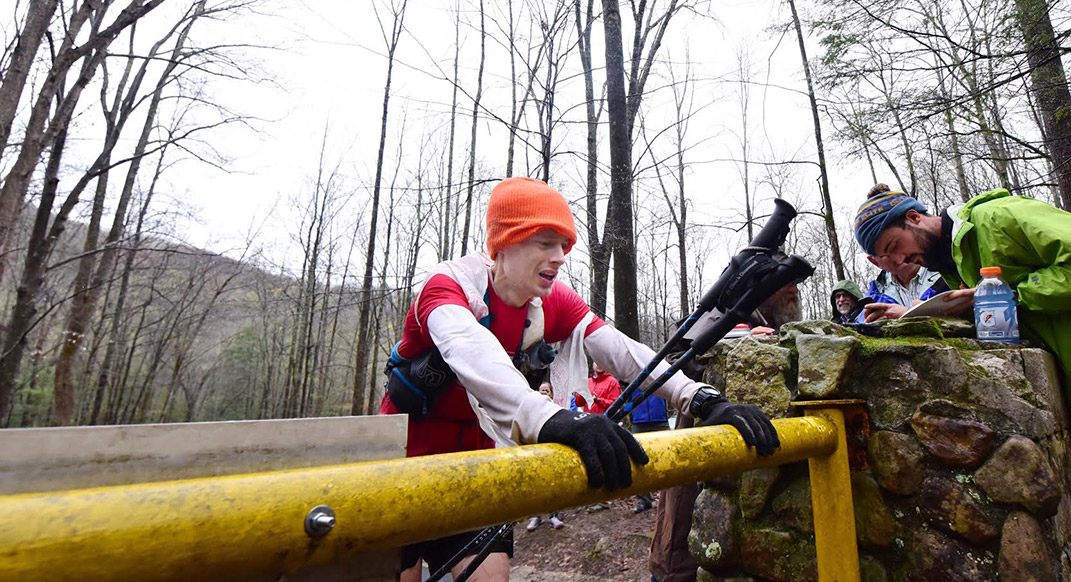 Trail Runner will be updating this story as details emerge.

Just before 1 p.m., April 3rd, 2017, John Kelly, 32, of Washington, D.C., became the 15th finisher of the infamous Barkley Marathons in Tennessee. Gary Robbins, 38, of North Vancouver, British Columbia, who was also vying for a coveted finish, missed the cutoff by a devastating six seconds, after getting lost in the fog and getting turned around. His run was not counted as a finish.

Widely known as one of the hardest—if not the hardest—100-miler in the country, Barkley routinely shuts down even the best runners. Since its inception in 1986, more than 1,000 people have attempted the race, but the finishing rate is less than one percent.

The race, which was created by Gary Cantrell (aka Lazarus Lake), 62, of Bell Buckle, Tennessee, involves five loops through the dense forest of Frozen Head State Park. Using a map provided to them the day before the race, participants must locate a series of books hidden through the forest and tear out the pages corresponding to their bib number. Runners must complete each loop via a designated route, within the designated time, and present Laz with the correct number of book pages, in order to start the next lap.

Both Kelly and Robbins had participated in the 2016 race, completing four laps before getting lost and missing the cutoff in the fifth and final lap. The two ran together for most of the 2017 race, arriving at the campground between laps, within minutes of one another.

Per tradition, the two were sent out in opposite directions for the final loop. According to first-hand reports, Kelly finished in 59 hours 30 minutes wearing a plastic shopping bag and orange knit hat, which he found buried in bramble on one of the course’s steeper climbs and put on to ward against the frigid temperatures.

Meanwhile, Robbins got disoriented in the early morning fog and arrived at the park’s yellow gate six seconds after cut off and having taken the wrong trail down in the final miles. Despite the fact that he had collected all the requisite book pages, his run was deemed a DNF.

In a message on Facebook, Laz adds some thoughts on the race:

“[…] gary had just come in after having run off course
and missing the last 2 miles of the barkley.
that is, of course, not a finish. […]

i never expected the story to somehow become that he had missed the time limit by 6 seconds.
he failed to complete the course by 2 miles.
the time, in that situation, is meaningless. […]

now, the class with which gary handled this terrible disappoinment
at the end of a truly magnificent performance…
that was exceptional,
and is, in and of itself, a remarkable achievement.

but he did not miss the time limit by 6 seconds.
he failed to complete the barkley by 2 miles.”

Robbins took to his blog to offer a reflection on the race. “John Kelly deserves more congrats and recognition than I do right now. Please take a second to properly congratulate him on his phenomenal accomplishment.”

Of his finishing time, he continues, “The Barkley Marathons is not an orienteering style race. You do not get to select the route that best favors you between books. You need to navigate between books, off trail, but in a very specific direction of travel. My finish, even if it were 6 seconds faster would not have counted. I put Laz and the race in a precarious situation and in hindsight I’m glad I was six seconds over so that we didn’t have to discuss the validity of my finish.”

Experienced ultrarunner Jamil Coury, 32, of Phoenix, Arizona, finished two loops, before getting lost midway though loop three and walking into camp past cutoff. Barkley-first-timer Mike Wardian, 42, of Washington, D.C., who recently set a record at the World Marathon Challenge, timed out after taking 15 hours on the first loop.

“It was my first time chasing a cutoff,” says Wardian. “It was stressful and awesome at the same time. I can see why [Barkley] is so difficult. It manages to make you run to your absolute limit and be careful of your physical and mental state. You can’t lapse at all, or you’re done, which is exactly what happened to me.”

According to reports, Colorado Springs-native Brandon Stapanowich, 32, who last year set a self-supported FKT on the Colorado Trail, finished the first loop, and then cut his second loop short when a bout of tendinitis prevented him from even walking downhill. 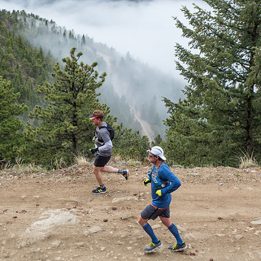 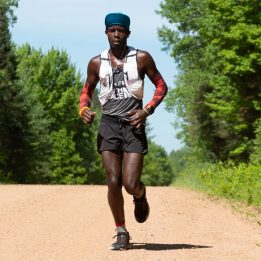 Laz said Robbins was 6 seconds after cutoff, not six minutes

That’s ridiculous. There is a difference between making things as hard as possible and being a jerk and not counting a 60 hour effort as a finish. The only thing Laz can do in 60 hours is smoke a carton of cigarettes. What a loser.

He also went off course and came in from the wrong direction on the final lap so even if he had finished under the cutoff it would still have been a DNF.

Damn you are ignorant, do some homework before typing something so stupid