Karl Meltzer Runs Over the Hill and Straight to the Podium, Again 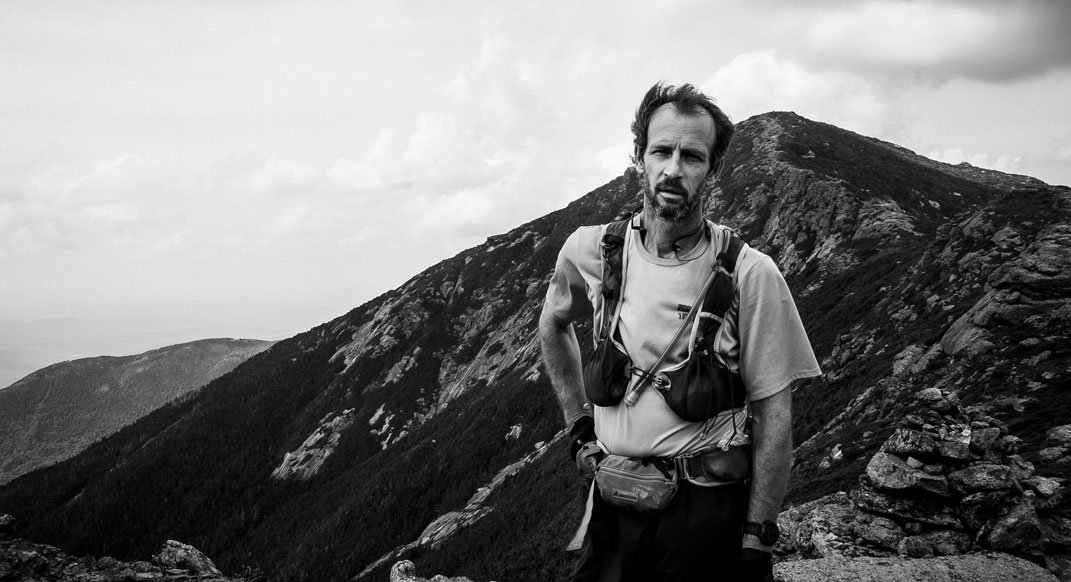 On Saturday, February 10th, in the Franklin Mountains outside of El Paso, Texas, not only did Meltzer win the Lone Star 100 Mile, he set the new course record at 23:38:18. Not to mention that it was his 40th 100-mile-race victory.

After 18 consecutive years of winning ultramarathons, Meltzer, now 50 , holds the world record for most 100-mile wins in a calendar year (six in 2006) and for number of overall 100-mile wins. He also has the honor of the most wins at Colorado’s notoriously rugged Hardrock 100 (five), followed by Kilian Jornet (four).

Meltzer specializes in the 100-mile distance, but his successes cover a broader spectrum. In 2010, he became the first person to run the Red Bull Human Express: the full 2,064 miles of the original Pony Express Trail, from Sacramento, California, to St. Joseph, Missouri. It took him 40 days.

However, 40 days of running wasn’t quite enough for the Speedgoat, so in September of 2016 he set out to break the speed record for the 2,190-mile Appalachian Trail. He set a new record of 45 days 22 hours 38 minutes—until Joe McConaughy set the new record in September 2017.

The Lone Star 100 course consists of a 33.7-mile loop, over technical and rocky terrain, repeated three times. “It’s not California singletrack,” says Meltzer, laughing. “You have to expect to kick rocks and stumble and crash. I crashed really hard in this race, and it wasn’t pretty.”

He attributes the win to his mental strength and strategy. “I broke (the course) down into three pieces,” he explains. “First loop is a warm-up, second loop you just get through it and third loop you try to survive the run.”

During the “just-get-through-it” lap, Meltzer’s stride became noticeably slower. “No shit,” he says, laughing. “I’m 56 miles into this thing! That’s part of it.”

Meltzer’s sense of humor is one that stuck with 2014 Western States champion and 2017 Bandera 100K winner Stephanie Howe Violett, 34, of Bend, Oregon.

“I’ve done so many 100-milers, almost 80 now,” says Meltzer. “It’s hard, but it doesn’t intimidate me. I slept perfectly fine the night before.”

Meltzer did not just survive the race—he crushed it. “How much can I slow down in one year?” He asks. Not very much, apparently. “I’ve been telling myself that for 15 years. I’m only one year older,” he says. “What the hell.”

Trail Runner caught up with Meltzer during his recovery to glean some wisdom and lessons from the master runner.

Has turning 50 inspired you to set any new goals?

My goal this year is to run the fastest time for someone over 50 at Western States. That record has been hanging for 29 years. I thought the Appalachian Trail record would cap my career, but that’s been broken now, so I guess it’s not the cap. I gotta do something else.

You have been winning 100-mile races for 18 years straight. How have you been able to stay in the top ranks for so many years?

I enjoy doing it; that’s why I do it. It’s not just because I want to win. I like being out there. I like the struggles, and that’s why I’m still doing well. I know I’m 50 years old, and the guys I’m competing with now are 25. I could be their father, which is scary to think about. But it’s a matter of being mentally in the game.

What key advice do you have to offer younger runners?

You don’t have to run really fast to be a good hundred “mile-ist.” You have to be a good strategist, you have to know what you’re doing, you have to listen to your body and keep yourself in check. You can look at all these gadgets and numbers, but I’m more of a feel guy.

Respect the distance. A hundred miles is not that far. I’ve always said that. But I never said it was easy. Everybody can do it; it’s just a matter of how badly you want it.

What is your insight on the process of aging as a runner?

I never overdo my mileage. I only do between 55 and 65 miles per week. People ask me, “How can you run 100-milers with so few miles per week?” Well, that’s longevity for you.

When you are older, you can’t recover as fast. Just like respecting the distance, I have to respect that I’m 50 and can’t do six 100-milers like I used to do, at even 40. I am picking my races a little more selectively right now. I space them out so that I can recover. I really make sure I have time to taper.

Pushing at age 50 is doable. I’m just trying to push boundaries and prove that it can be done. I hope it inspires people to not give up. You only live once, so it seems pretty stupid to just sit on the couch.

I just try to eat reasonably well, listen to my body and respect the fact that I’m going to get slower. But that doesn’t mean that I can’t have fun.