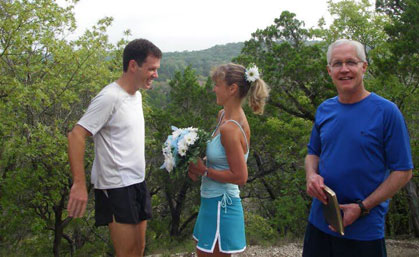 Olga and Larry King: a love story on the trails. Photo courtesy of Olga King

The June 2013 Trail Runner Blog Symposium topic of discussion was: Write about someone awesome you’ve met through trail running.

Heart-warming tales poured in, ranging from Olga King’s story of meeting her now-husband Larry at the Zane Grey 50, to Sarah Lavender Smith’s chronicle of the mentorship she’s received from ultrarunning legend Ann Trason, to Martin Criminale’s essay on finding connection to his mother, a mountain climber who passed away in 1988, through trail running.

Choosing an Editor’s Choice this month was no easy feat. However, we found ourselves especially charmed by Kali Kirkendall’s tale of moving to small-town Montana, making a new friend and being reminded of how to play—not to train, but to simply play.

Next month’s topic is: What constitutes an “unfair advantage” in a trail race, and what—if anything—should be done to even the playing field? See here for directions on how to participate.

*Editor’s Choice
It was at a time when I needed to relearn how to play. Truly play. Not train. Not struggle or even try. Just to think of the best way to let all the other bullshit fall away. So we did. The hour-long after-work runs turned into three-hour outings. Our weekdays were spent figuring out what awe-inspiring loop we would get into on the weekends.
—Kali Kirkendall, Camp Fancy Free 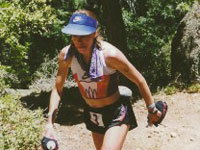 Like a cloud lifting, I realized I should follow Ann’s example: I should run it to enjoy everything about the experience, to do my best on this given day and to stop measuring myself against the past. And in that instant, I gained a deeper appreciation for Ann’s courage to come back to running when she carries the burden of her reputation as a champion and other people’s expectations.
—Sarah Lavender Smith, TheRunnersTrip.com

Somewhere at mile 30 I come up on, yes, Larry! He is having struggles with his energy and with his hip, and I smile, and all I can say is: “You better hang on to my skirt, don’t let me drop you again!” And so we go, together, and in a matter of minutes, we talk just about everything in life. Our running, training, trails. Our families, former spouses, kids. How it all affected us—and how we have no clue what to do next.

Her name is Sharlene Wills, a 5’1″ dynamo in her mid-50s from Southern California who has tackled 40-plus marathons and ultras, and who happens to be blind. Yup, she’s a trail runner who can’t see anything.
—Scott Dunlap, A Trail Runner’s Blog 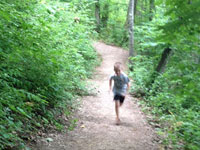 When [my son and I] hit the trail and run together, I am able to push away all the rest of the worldly garbage and worries and focus wholly on my kiddo. I can give him the uncomplicated time of just rolling with it—stop-go, fast-go, slow-dodge the pedestrian, holler a quick “excuse us!” over my shoulder—and just keep going.
—Christy Bohon, Tractors and Hippies

My mother was a trail blazer. After moving to America with my father and getting fed up with the stay-at-home-mom lifestyle and weight gain it can sometimes accompany, she started to run. She had no real athletic background. At first it was just jogging around the neighborhood but not knowing there were socially accepted limits for moms in their 40s. Soon she was going longer.
—Martin Criminale

As the weeks wore on, it became harder to ignore her presence. It seemed as though with every step on the trails, her vigor flourished and her spirit rose, until race after race, we began to cheer each other up the climbs, draft down the slides, and cross the finish line together, jubilant in our company.
—Kendra Nordgren, Comprising Kendra 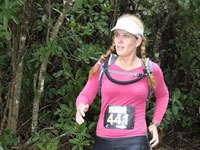 Virginia found her purpose for running after reading the book Running Hot, written by Ultrarunner Lisa Tamati. Inspired by Lisa’s amazing return to running after a crippling back injury, Virginia wanted to break free of what she claims had become a satisfactory, but routine life.
—Jannine Myers, Go the Extra Mile with WOOT

It was no surprise to me when I started getting lapped by the fastest runners before I was even halfway through my one and only loop but it was a pleasant surprise to be recognized by Matt and Julie when they lapped me! To be called by name suddenly made something that seemed like a big mistake into something more fun!
—Maurica Toon

I have viewed running as something selfish—a time that I take for myself to breathe, think, pray and run out frustrations. Jane has turned it into something beautiful and selfless that is used to make a difference in the lives of others, to share her love of running and to inspire change in education for girls.
—Jessica Kuepfer, Laces and Lattes 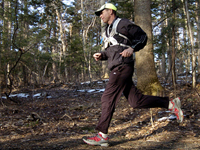 I learned that Tom was an ultrarunner and figured that ultrarunners never spoke to newbies. (I was wrong on that fact.) The next year, I read about the Oil Creek 100 trail runs and e-mailed Tom to ask several newbie questions, such as: “Are there really bears out there?” Tom humored me and patiently answered all my questions. I started training for my first marathon.
—Christine Vassen, Guest Post on Go Erie Blogs

The last time I ran with Rob was over Hope Pass at the Leadville 100 last year. I still relive that night, the jokes we told each other, the stories we chatted about and mostly how he made me feel like I was pretty darn good, despite the fact that most of the way down I had my hands on my knees, head between my legs and was worrying about drowning in the river we still had to cross.
—Siobhan Pritchard, Co-Running

The most important lesson I learned from Gordon, though, was that just because you hit retirement age doesn’t mean you can’t still get out on the trails and have an awesome time. Here he was, at age 65, still rockin’ the trail and having a blast.
—Sarah Young MacDonald, Running the Passage 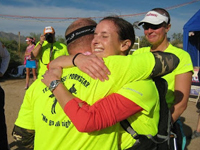 When Eric signed on to run the Javelina Jundred in 2010, I was first in line to be crew chief.  I wanted to be drill sergeant and crack the whip when need be.  Turns out, I was the one to be schooled.
—Runner Chick

Running along the spinning earth requires balance. On the trail, he felt it beneath his feet. Funny how nature has a way to teach you how to run … your life. It’s the great equalizer. It makes everyone awesome.
—Stephane Rodriguez

TrailsRoc was born on an idea and a dream. With that idea—and with that dream—and with none of us actually ever having met before other than through twitter we started #TrailsRoc over wings and beer at a local Red Robin late at night.
—Eric Eagan, Trails 2 Brews 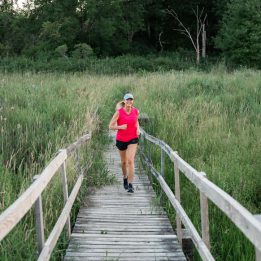 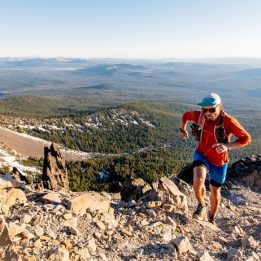 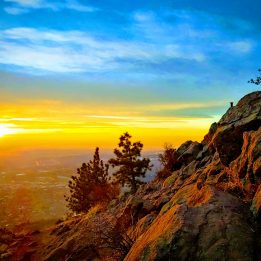 TRAIL STOKE: The Subtle Joy Of Getting Your Butt Kicked On A Morning Run

Celebrating Yourself Just The Way You Are