Catching Up With Jared Campbell, Only 3-Time Barkley Finisher

Campbell, who has also finished Nolan's 14 and placed first at Hardrock, is always looking for new challenges 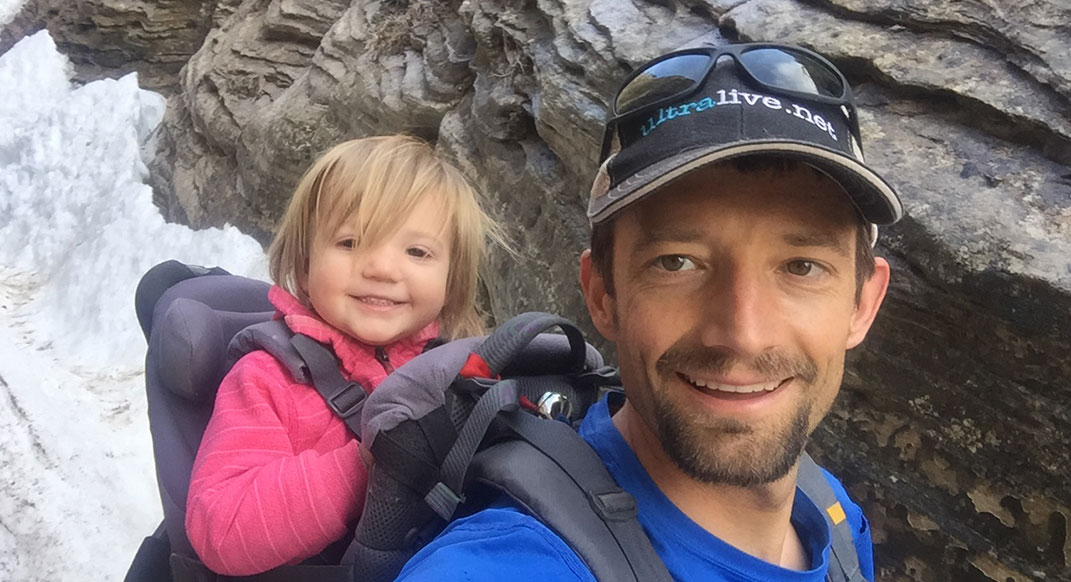 This April, Jared Campbell was the only finisher at the 2016 Barkley Marathons. Barkley, a 100-mile race in Frozen Head State Park, Tennessee, gains more than 60,000 feet (this year was close to 67,000) over five loops on an unmarked course. Only 14 people have completed it since it began in 1986, and Campbell is the race’s only three-time finisher.

It’s fitting that Campbell would be the first to accomplish that feat, as he’s known for completing some of the country’s toughest mountain-running challenges. He is a 10-time finisher (and one-time winner) of the Hardrock 100, a Colorado race with around 34,000 feet of gain and an average elevation above 11,000 feet. He is also one of under 15 people to have ever finished Nolan’s 14, a sub-60-hour linkup of 14 14,000-foot peaks in Colorado’s Sawatch Range that involves a good deal of off-trail running and navigation.

“I have never been a road runner and didn’t compete in college or high school,” he says. “I’ve always felt that my body is not built for flat, fast running, and I get injured when I try to focus on it.”

Campbell, 36, lives in the Salt Lake City area, where he is a mechanical engineer, husband and father. He recently took some time to talk about the races he’s done, his training and upcoming goals, and whether Barkley ever gets easier.

The appeal of trying an extreme challenge like Barkley makes sense, and so does going back if you don’t finish at first. But you finished the challenge in 2012, and then came back twice more. Why?

I’ve actually thought about that a lot lately. For anybody’s first time out there, there’s a very pre-defined experience. You’re almost at the mercy of having to follow someone. That was the experience I had in 2012. So I went back in 2014 and wanted to prove to myself I could do it on my own, including all of the navigation. That was a very different experience.

It seemed like a worthy objective to be the first person to do it three times. But what I learned this year was that I hadn’t yet played the role of the guide—the veteran who’s helping someone out. Pretty early on in the first loop, there was a group of four to five with me that were all new, and it hit me that this is what I want more than a third finish—to be able to give back. So I think it spans three really different experiences. That’s why I’ve been drawn to go back.

How do you train for Barkley?

Lots of ups and downs. A lot of repetitive stuff, multiple laps on peaks, like Grandeur Peak and Mount Olympus [two peaks in Utah’s Wasatch Range with elevations above 8,000 and 9,000 feet, respectively]. In March I participate in an endurance fundraiser that consists of 24 hours of ups and downs on Grandeur Peak, which equals about 40,000 feet in a day and is great training.

I always recommend doing 20,000 to 50,000 feet of gain a week if you can, but most importantly—because it can easily become monotonous just slogging up and down hills—try putting in a couple of really fun adventures that are a long time on the feet and not super fast.

About three weekends before Barkley, I ran from Badwater Basin to Telescope Peak and back, in Death Valley National Park, with weight on the back. Having fun is every bit as important as logging miles.

Does Barkley get easier every time you finish it?

No, quite the opposite. Easier in some regards, in that I know the course. But every year someone finishes, the race director, Gary Cantrell, changes about 10 percent of the course. I wasn’t there last year, so I didn’t see the changes he did for 2015 or the changes he made from 2015 to 2016. So it’s a fair bit harder.

Cantrell does that, adding another wacky twist in an effort to throw in some more adversity.

You’re one of the few people who’s done Hardrock, Nolan’s and Barkley. How do they compare?

I love all three of those races for different reasons. While Hardrock is fantastic and beautiful and has been a big part of my life, Nolan’s and Barkley are in a different league than Hardrock in terms of difficulty and effort.

Nolan’s and Barkley are more about self-sufficiency and planning things out. But they’re widely different in terms of why they’re difficult—Barkley has a lower elevation, but a lot more gain and steeper hills than Hardrock or Nolan’s. And while Barkley has gotten harder over the years, Hardrock’s and Nolan’s objective has remained simple and the same, which is part of the reason why they’re so cool.

What do you think about when running so many miles?

Extensive time to think is a big part of why I love to run long distances. I find myself coming up with my most creative solutions to problems when I run. It could be a new design at work, a solution to a family issue, sorting improved relationship dynamics and so on.  Also, the trails I like to run on are typically interesting enough that I don’t think I’ve ever been bored.

Do you have a mantra or something that gives you strength during the tough parts of races?

My wife, Mindy, has all the ingredients for running long and challenging races.  She is tough as nails, can swallow pain with remarkable grace and always has a smile on her face. She ran the Bear 100 in 2014, just nine months after giving birth to our daughter, pumping and breast feeding along the way.

Whenever I am feeling weak or sorry for myself in a race, I think about Mindy and how tough she is. It truly keeps me going.

What other outdoor activities do you do for training (or just for fun)?

I’d describe myself as a recreational skier. Mostly backcountry, and a little at the resorts. I haven’t jumped into the ski-mo scene as many have, which seems to result in me getting a lot of heckling from friends.

I rock climb in the winter to mix things up a bit, and my adventures routinely include canyoneering, kayaking, packrafting and biking. Some might call this cross training, but really I’m just doing what I love.

What’s next on your running agenda? Is there a fourth Barkley in the cards?

If there is, it’ll be years in the future. I’m super eager to go back, but not as a participant. I want to get the camp experience at Barkley, which I haven’t really had.

I’m actually going to do the Nolan’s 14 run again sometime this summer. I went north to south before and I had a great experience, but I want to go back and run it the opposite way.

I’ll also probably run my eighth Wasatch 100 again in September, since it’s right in my backyard.

Any other adventures in the near future?

I hope to be able to fit the Utah 13ers challenge into my summer schedule. I’ve never done it before and am embarrassed by how few of the total 21 Utah 13ers I have summited, given that I live in the state [Ed.’s note: Depending on how you measure prominence, there are either 17 or 21 peaks above 13,000 feet—Campbell plans to do 21].

I did the Idaho 12ers in 2014 and had a blast. Last year, two Salt Lake City locals strung together the fastest known time over the Utah 13ers (just over 36 hours) and I’d be thrilled to do it in a similar time. Objectives like this are so much fun, despite the fact that they’re fairly arbitrary.

What advice would you give to someone wanting to run Barkley, or any 100-miler?

Study it, learn about it and make sure you really want it. Talk to people and get to know someone personally who has been there before. After you figure out how to apply and get in, train like mad, but make sure you have fun doing it. At the start line, relax and enjoy what is sure to be a wild ride. 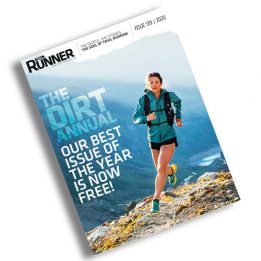