Born and Bred in the Briars 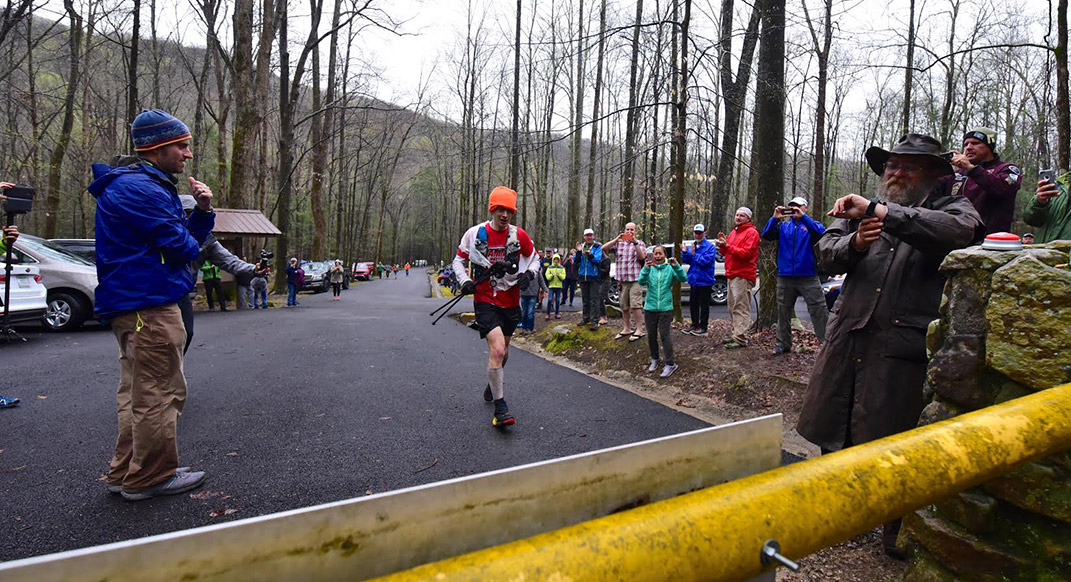 Practically overnight, John Kelly became a household name in trail running. Over the weekend, he battled his way to a finish at the Barkley Marathons, becoming the 15th finisher at what is arguably the hardest 100-miler in the country, if not the world.

But before Monday, most trail runners had never heard of him.

That’s because he’s only been running since 2013. His Barkley journey, however, began long before that.

The 32-year-old data scientist lives in D.C., but grew up across the highway from Frozen Head State Park, in Joyner, Tennessee, where the Barkley takes place. Days as a child spent “crawling through briar patches” in the woods surrounding Frozen Head fueled an early love for the woods—the denser and more technical, the better.

Kelly ran track and cross country in high school, but then gave up running for a decade. He picked it back up again four years ago, at the age of 28, out of a desire to see what his body was capable of before it was too late.

He ran a few marathons, and then started going on long, multi-day trail runs. “I just gradually started pushing things further and further,” he says. Barkley was the ultimate test.

“[Barkley is] its own unique beast,” he says. “It was the natural endpoint for me in trying to find my limits.”

He first attempted the race in 2015, making it through the third loop before tapping out when stomach issues got in the way. Last year he started the fifth loop, only to fall asleep 100 feet up the trail and bail out after locating the first book.

This year the local community poured out to support him as he ran his way to a coveted finish – a first for many locals, who had previously held little interest in the strange gathering of runners that happened every year in the park.

He refined his training, running the bulk of his weekly mileage to and from work in urban D.C. “It doesn’t have the elevation gain, but it does have the distance and the high intensity,” he says. “I argue that [speed] is actually just as valuable as climbing strength, for Barkley.”

On weekends, he ran 10 repeats on a short hill near his house—.05 miles and 95 feet of gain per rep.

“I can do that early in the morning, before my kids [three-year-old son and five-month-old twins] wake up,” he says. Other days, he simply resigned himself to running on an inclined treadmill.

“I was really impressed with [John’s] work ethic and dedication to the craft of running, but also his commitment to his young family,” says prolific ultra racer and fellow Barkley competitor Mike Wardian. “He was super committed and dedicated to Barkley and did everything to put himself in the best possible position to finish.”

Indeed, by the time race day rolled around, Kelly didn’t feel any of the nervousness he had experienced in previous years.

“I was just excited to go out and enjoy the woods.”

On racing as a local
Its funny, people look at the dense thickets and briars as one of Barkley’s signature challenges, but as a kid I used to crawl through those briars trying to flush grouse out.

On finishing
Whenever I imagined finishing Barkley, I envisioned being on top of Chimney Peak, ripping out that last book page and enjoying the view with my childhood house and farm down below. In reality, the mountain was fogged up, there was no view and I was wet, cold and miserable.

On sleep deprivation and close calls
At the last book, on the last loop, I basically blacked out for 12 minutes. After getting my page, I looked at my watch, and saw I had 1 hour 47 minutes left. Then, the next thing I knew, there was 1 hour 20 minutes left. I still have no idea what happened in those 12 minutes. I had to go back and find the book again, to make sure I was still on the same mountaintop.

On Gary Robbins
I really thought he was going to make it. When we passed each other at about the midway point, I was confident that he would be fine.

When he came in [from the wrong direction], it was just shock and heartbreak.

At the same time Barkley is about finding your limits, and what you’re capable of. Everyone is doing Barkley for internal reasons. What’s official doesn’t really matter. Five loops … 60 hours … it’s arbitrary. I know what Gary accomplished. We all know. It’s a couple of miles. The difference between a full five loops and a full five loops minus a few miles … it’s not night and day.

For more on the 2017 Barkley, read our news coverage.

I read all about his childhood, but I’m still looking for the part when he was “bred” in the briars?
That there’s good writin.