Front of the Pack

Nick Clark races to the top of U.S. ultrarunning 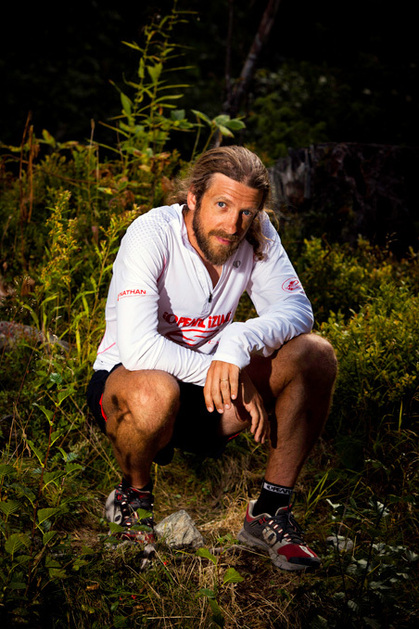 Whether it is a 100-mile trail race or the local Vertical Beer Mile (where Clark currently holds the course record) in his hometown of Fort Collins, Colorado, 37-year-old Nick Clark will not only run it, but will likely finish in the front of the pack. And if it’s an ultra, that usually means the podium.

A former rugby player and Canterbury, England, native, Clark moved to the U.S. with his wife, Dana, in 2001. They settled in Fort Collins in 2006 and Clark, a web editor who works from home, hit the trails and quickly began accumulating a slew of impressive trail running performances.

According to fellow Fort Collins Trail Runners Club member, Catherine Speights, “Nick is an elite runner without an elite attitude. He is an inspiration to us all,” she says.

In 2009, Clark was second at Wyoming’s Bighorn 100. A string of course records kicked off 2010, including New Mexico’s Ghost Town 38.5-Miler, Texas’ Bandera 100K and Utah’s Antelope Island 50K. He posted the third-fasted time ever at Utah’s Speedgoat 50K before topping off his breakout year with first-place at Utah’s Wasatch 100.

Scott Jaime, Clark’s friend and teammate, says, “Nick’s impressive streak does not surprise me because he has a strong work ethic, eagerness to compete and high pain tolerance.”

And this year, it appeared, at least for a while, that Clark was invincible.

In June, at California’s most competitive Western States 100 to date — when a record 14 runners finished in under 17 hours — Clark was third in 15:50. Less than a month later, he was third at Colorado’s Hardrock 100, a remote race in the San Juan Mountains with nearly 34,000 feet of elevation gain.

Hardly two weeks passed before he took first at Speedgoat and in late August, he hopped over the pond and ran Sierre-Zenal, known as “The Race of Five 4000-Meter Peaks” in Switzerland, a week before running The North Face Ultra Trail du Mont Blanc (UTMB), a grueling 166-kilometer race that circumnavigates the iconic Mont Blanc in Chamonix, France.

Just when it seemed that Clark really might be super-human, he DNFed at mile 90 of UTMB.

A couple of days after he returned from France, we caught up with Clark:

What happened at UTMB?

I was surprised by a six-kilometer detour and 4000 feet of climbing near the end of the race. I started hiking and second-guessing myself. I hadn’t been eating well and my legs were killing me. I sat down at the top of the climb for five minutes, and when I got up, I couldn’t walk. That was it, I pulled the plug. It was disappointing but I’m over it.

Why did you put together such a challenging race schedule this season?

[Laughs.] Since I finished fourth at the 2010 Western States, I received an automatic entry and wanted to return and get on the podium. At the same time, I’d dropped my name into the Hardrock lottery with full intentions of not accepting. But I got in and decided it would be cool. Speedgoat offers a prize purse, so I thought, “Maybe we can pay the mortgage next month if I run well.” Looking back, I shouldn’t have done that many races.

Before Western States, I had a three-month training block of 100 to 135 mountain miles per week. I did mile repeats at 5K pace and incorporated tempos because there would be times in Western States that I would need to run comfortably at just over a six-minute pace.

I rode my fitness and recovered for Hardrock, but when I tried to get back into the high-mileage groove after Hardrock I couldn’t. I was beat up and sluggish going into UTMB.

What is your pre-race routine?

I like to wake up at least two hours before a race, eat a couple of glazed donuts and drink a couple of cups of coffee. I did that before my first marathon and it stuck.

How did you become a runner?

In my mid-20s I was getting out of shape and running became a way to lose weight. I had always wanted to run a marathon and so I did. Many more road races followed. When Dana and I had our first child, we moved to Colorado, I got on the trails, started running ultras and never looked back.

What is so captivating about ultras?

They are addictive. You go through so many highs and lows. I also come from a road background where I was not very fast. Running ultras and being able to finish in the front is seductive. But, it’s mainly the supportive, friendly and down-to-earth community that attracts me. 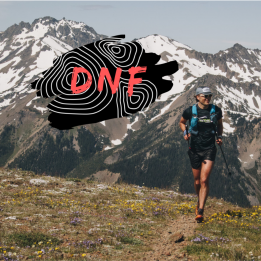 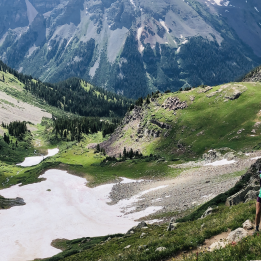 How To Talk About Climate Change