It's tough to be a beginner. Trust us, it gets better. 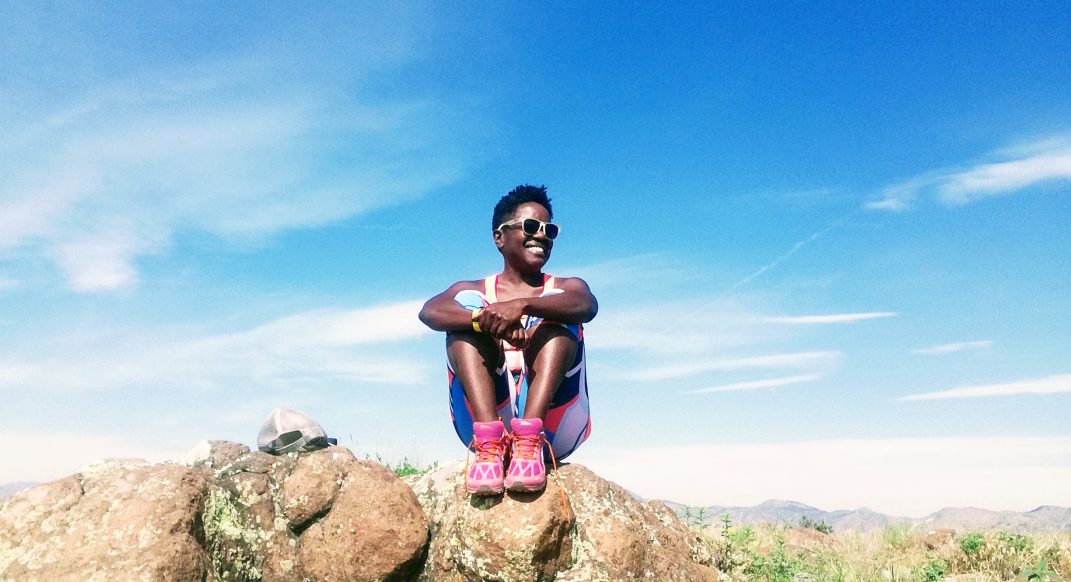 This is the first installment in our Running Starts column, a series focused on tips, techniques and discussions for runners getting started on the trails.  Do you have a question about getting started trail running? Whether it’s about safety, navigation, strength or just building confidence, email  Kriste at kristepeoples@gmail.com.

I’ve always been quite taken with nature. It’s the one place I can go that feels neutral. Nature doesn’t judge me, or anyone, good, bad, or otherwise. When I’m hoofing up mountains into thin air, there’s never any doubt about who’s going to win: Nature will always have the upper hand. When I’m on trails, I’m humbled, awed and invigorated at the same time.

I grew up running—on track teams and in run clubs on the East coast. As a kid in Virginia, I lived at sea level, near beaches, where dunes were the closest I got to anything resembling elevation. Later, living in Brooklyn meant navigating concrete parks and bridges, still running over and around big bodies of water. Even during a stint in Chicago, I ran on flat expanses, also by the water. Through it all, I considered myself ‘active,’ because I was. I’d run a handful of full- and half-marathons and signed on to a few multi-day team relays in the Pacific Northwest and California. But, once I moved to Colorado, that’s when I learned ‘active’ was just a word.

For the first six months, it seemed I couldn’t make it up the stairs without collapsing on my couch and fearing the worst. I’d heard about the effects of altitude on the body, but surely it didn’t feel this bad, I thought. But it did. Add to that, the anguish of seeing so many elite athletes zipping along on roads and trails, it mystified me. How were they able to leap and bound when all I could do at the time was shuffle and wheeze? I gave myself a few more wound-licking weeks and eventually found a coach to help me re-learn how to run. At the time, she never called what we did ‘trail running’ even though that’s exactly what it was. We became friends over the two years we worked together, and I believe it’s what set me on the path to where I am today.

I’m not here because I’m an elite athlete or a professional runner. I’m not a celebrated pro or gear junkie either. I’m not especially competitive or overly obsessed with shaving my time or weight. Why I am here, however, is because I love to help runners expand their idea of adventure, ability, and I daresay, fun.

Another thing you should know: for as much as I love trail running, I was just as intimidated when I started. Thanks to some people who helped me learn to love running trails, I now know now it didn’t have to be such an overwhelming experience when I started. I remember the nervousness at those early trail clinics where I felt too intimidated to ask questions that seemingly everyone else had the answers to. It always turned out fine, but when I think of all the literal and figurative hills I’ve climbed just to feel a sense of welcome, like I belong in the space, well.

I’m here to share my stories from the trail, as well as training tips and resources. If you’re brand new to trail running, or you’re elite, well-seasoned, and simply interested in joining me on my journey, then welcome. My goal is to help demystify the process of trail running, to expand the narrative of adventure and visibility, to extol the joys of it, and to be real about its challenges. I’ll be offering up my thoughts every other week, and I’m excited about that. Because we’ve got a lot of good miles ahead of us together. In the meantime, I invite you to set foot – safely and socially-distanced – on a new trail soon.

Kriste Peoples is a self-described outdoorist,  sunshine enthusiast and a Denver-based women’s trail running coach with Lifes 2 Short Fitness.  More than just running, she uses activity to connect with her community and her environment while inspiring more women to take up space and run.

Looking forward to more of these! Have my first ultra in October on the trails!

Thanks, Alex, and congratulations to you! An ultra is no small feat; you’re in for a great adventure!

I am not brand-new to trail running, but I might as well be. As much as I prefer trails to asphalt, I consistently run slow times (3-4 minutes slower per mile than road times with similar elevation profiles). I am hoping that future articles will answer the question of why the heck this is so hard for me!

Even with similar elevation profiles, trail running makes different demands on the body, mind, and muscle groups than road running does, which can account for some of the challenge. Also, depending on the technical nature of the trail — rocks and roots, twists and turns versus flat pavement — mile for mile, it’s likely you’re exerting more energy than you otherwise might on the road. Depending on how you view it, running trails at a slower pace than road isn’t necessarily a bad thing, but it’s definitely different. And, hopefully, enjoyable!

I’m still pretty new and just trying to figure out how to pace myself (sprinting up hills and blowing up is often hard to resist for me), and the sore ankles/calf tightness. It’s been a lot of fun so far, but know I could use some help, and I don’t necessarily know what for in every case. Definitely looking forward to more, Kriste!

It can be lots of fun to sprint uphill, running with abandon, and leaving nothing in the tank at the top, but it’s not a strategy we want to employ every time. 🙂 Keep tuning in, Rick; I’ll definitely be sharing tips on this. The first one being: practice listening to your body … and responding to the feedback it gives you.

And thanks for the read!

This is awesome! Its awesome to have someone share tips techniques etc. just for the love of trails! Thank you!

Sometimes it’s easy to overlook the joy of being in nature — on the trails, engrossed in the beauty and fun of it — all while running, and let’s face it, power hiking. I’m excited to share tips to help do it safely. Thanks for the read, Laura!