That Could Have Been Me: An Open Letter to Teammates From an Asian American Runner

Jinghuan Liu Tervalon, a dedicated runner from the Los Angeles area, wrote about her experiences as an Asian American in the United States at a time when hate crimes are at an alarming increase across the country. Plus what you can do to support the AAPI (Asian American Pacific Islander) community at this time. 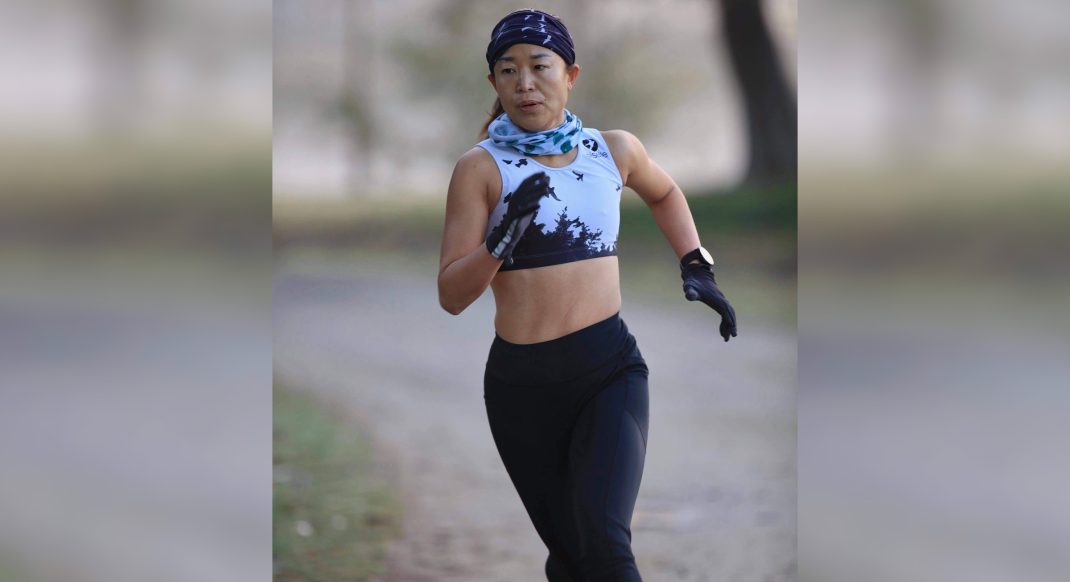 On Tuesday in Atlanta a white man killed eight people at three spas in the most recent attack against the Asian American community, which has been increasingly targeted since the outbreak of the coronavirus.

Robert Aaron Long, 21, was charged on Wednesday. Long told authorities that had a “sex addiction,” and that he was lashing out at his “sources of temptation,” police said. Six of the victims were of Asian descent and seven were women.

In the aftermath, Jinghuan Liu Tervalon, a dedicated runner from the Los Angeles area who is a member of the Oiselle Volée team, wrote about her experiences as an Asian American in the United States at a time when hate crimes are increasing at an alarming rate across the country. Here she shares her perspective, as well as advice on how to support the AAPI (Asian American Pacific Islander) community at this time.

An Open Letter to Teammates

The killing of six Asian Americans and two others outside of Atlanta last night shook me to my core. My first reaction was: this could’ve been me. Had I not come to this country with a degree, I could’ve been one of these women working at the massage parlors, or painting your nails, or serving you food at a Chinese restaurant.

Or I could’ve been one of the customers getting a massage while the shooting happened. A shooting could’ve happened to me when I’m out running, walking the dog, buying groceries. After witnessing so many seniors being pushed and shoved off the sidewalk in San Francisco, a man’s face being slashed on the subway in New York City, I’m again overwhelmed by the sheer vitriol against people who look like me, this time in Georgia.

Anti-Asian hate crime in 16 of America’s largest cities increased 149 percent in 2020 according to an analysis of official preliminary police data by the Center for the Study of Hate & Extremism at California State University, San Bernardino, with the first spike occurring in March and April amidst a rise in COVID-19 cases and negative stereotyping of Asians relating to the pandemic. This happened in a time when there has been a 7 percent decrease in hate crime nation-wide.

Many of you know that I am a runner. I have endured two incidents of blatant verbal assaults during my usual morning runs in the past 12 months. Now I’m worried about my physical safety. What if I don’t make it home after my run? What would happen to my children if I were brutalized during a run? Should I stop running? Why should fear of racism hold me back from doing the things that bring me joy?

RELATED: It’s Time to Actually Do Something About Harassment While Running

Part of this issue is due to the invisibility of the Asian American community. For too long, we have to prove that racism affects us. For too long, we are too afraid to speak up, too careful to separate our professional craft from our personal lives, and too fearful of losing our image of achievement and excellence along the way.

Yet staying silent is no longer an option. When our seniors need chaperoning just to go about their days, when Asian American women suffer the highest unemployment rate and nobody seems to be reporting this issue, when people like me—with a good job, a good title, car, house—can’t even feel safe in her own neighborhood, it’s time to bring changes. For decades, we have been told, “you guys don’t have it as bad,” I say enough is enough. We can no longer ignore the suffering and pain of the AAPI community.

If your heart is broken like mine and wonder how you can help, here is how: