The First Woman to Run Boston Trained on the Trails

Bobbi Gibb sneaked into the Boston Marathon in 1966 cementing her place in history as the first woman to run the iconic race. 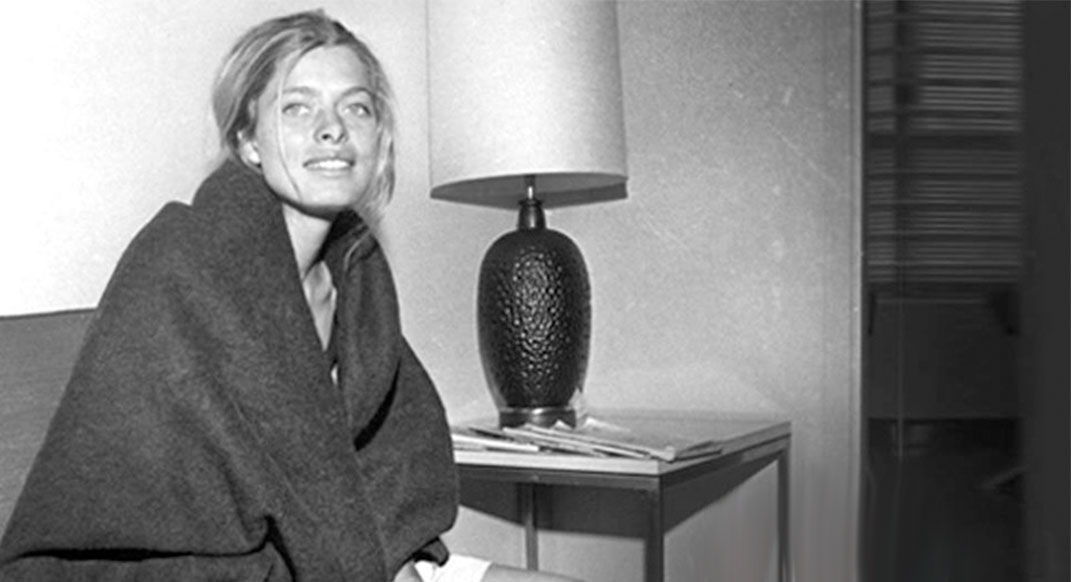 Running in the woods behind her parents house as a child, Bobbi Gibb felt free—like Athena or Aphrodite. She ran on equestrian trails, climbed rocks and trees. She experienced the miraculousness of nature and felt a sense of empowerment as she ran. The world whirled by.

“I discovered that I felt wonderful when I ran and after I ran,” Gibb, now 75, says. “So I would run in the woods, just exploring, and I’d walk, and then I’d flop down on pine needles and look up through the trees.”

It was the early 1950s and her family lived in Winchester, Massachusetts near the Middlesex Fells Reservation just outside of Boston. She spent most of her time outdoors in nature, but it was improper for women or girls to run in public, so she ran with the neighborhood dogs among the trees. She was nine years old.

She did not know at the time that she would eventually go on to change running and what it meant to be a woman forever.

“I couldn’t fit in to what a woman was supposed to be,” Gibb remembers, “And I was finding something in the woods that was much deeper.”

Women did not have careers in medicine, or law or the military. Women were teachers, or nurses or secretaries. They were expected to get married, and be wives and take care of the children.

Women did not run unless it was a sanctioned women’s sporting event and even then the longest distance for women in the Olympics was 800 meters. Women, most definitely, did not run for fun in public.

“I couldn’t live in that reality,” Gibb says. “I was looking for a way to change it, but how does one person change something that is so imbedded in the law, in economics, in the social conciseness?”

Is In the Race

Years later, in 1964, when Gibb saw the Boston Marathon for the first time she fell in love. It was, in her eyes, less a race of athleticism and more of a celebration of humanity, of life. She did not notice that there were no women in the race. She simply saw people running together, being kind to one another, and she knew that she wanted to be a part of it.

In 1965, Gibb’s then boyfriend, William Bingay, proposed and Gibb moved to Southern California to be with him. She had experience running but Bingay, training with the Navy, could “run five miles. I couldn’t believe someone could run five miles without stopping,” she says. Soon, she was training beside him.

When Gibb wrote to the Boston Athletic Association for an official race entry for the 1966 Marathon she was told that women were not physiologically able. It was a man’s race; women were not allowed.

She knew from her years of running in the woods and recent training with Bingay that she was capable. She decided she would run on the road alongside the men.

“Training for the marathon gave me confidence, self-discipline,” Gibb said. “If you do something every day and practice a little bit at a time—you can accomplish amazing things.”

She realized that by finishing the Boston Marathon and running well that she could make a statement for women so she took the bus from California to Boston. Her parents thought she was delusional, that she thought she would be the first woman to run the Boston Marathon. She remembers being starving after that bus ride, having only a bag of apples and some bus-station chili. She ate everything she could get her hands on, not thinking about how it might sit the next day.

The morning of the race she ate cheese, thinking she needed protein. “I didn’t know anything about carb loading,” she says now. She donned a blue hooded sweatshirt, her brother’s shorts and some new trainers she had recently purchased.

Her parents dropped her off and she ran up and down the blocks of Hopkinton for 40 minutes, warming up. When it came time for the race to start, she hid in the bushes as close to the starting line as possible. When nearly half the pack had gone through, she slipped in and joined the men. “The first part of the race was fun. The last several miles were hard because I didn’t realize I needed to break in my new shoes and I got blisters. They were bleeding, wearing through to my bone. It was awful.”

Despite the pain, she became the first woman to run the Boston Marathon. From that day forward, women could be a part of something larger than ever before. They could be runners, they could be something undefined by gender.

“For a lot of women, running is the first step in reclaiming their own sense of autonomy,” Gibb says. “Running was a way of being free. You have this wonderful sense of self-reliance. You can get anywhere on your own feet. You can do anything.”

Gibb was 23 when she first ran the Boston Marathon. Her accomplishment made the newspaper headlines. The following day a photographer who visited her parent’s house asked her to put on a dress and bake a cake for the photo. She didn’t know how so she made fudge instead.

Soon after, women wrote to her to say how proud of themselves they were for running around the block. Once, then twice.

“Sometimes I wonder if I’ll run it again,” she thinks out loud. “But training for a marathon takes so much time away from other things.” Gibb is an artist and author and recently has gotten more politically active. Yet at 75, she still runs an hour or two on the trails everyday. Her favorite trail is along an old overgrown wagon-road that connects to the beach near her home. If Gibb can’t get outside due to weather, she runs in place on a mini trampoline in her house. “It’s easier on your legs with regard to impact,” she says, “but harder because you have to lift them higher. It’s like running through deep snow.”

Her advice for women runners? “Start slowly and listen to your body. Don’t be afraid of pushing into the unknown but do it carefully. You don’t have to run a marathon. You can just run for fun. The main thing is to not injure yourself so you can be running when you’re 80 and 90 years old.”

The Unexpected Prejudice of the Trail-Running Community

Getting Tropical: Catching Up with Ultra Icon John Medinger

Thanks for good article.