This virtual loop race had everything: physical endurance, mental toughness and toilet paper as a grand prize. 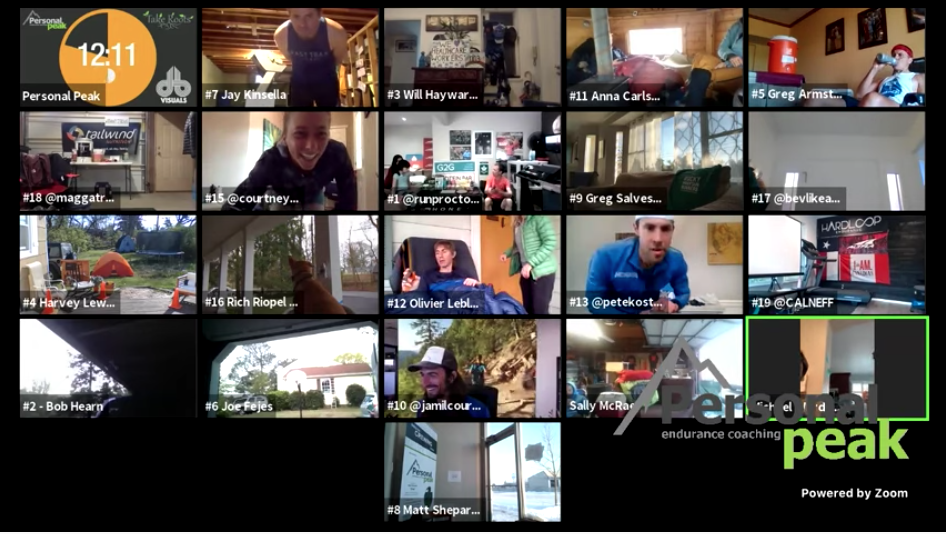 Ultrarunning is not typically a great spectator sport. But, that was then, and this is now. With the coronavirus pandemic, most organized sports have been banned, and many of us are reaching far into the depths of Netflix queues. But in The Aftertimes, watching runners live-stream themselves on treadmills and running around their neighborhoods is exactly the soothing balm that many of us needed.

The Quarantine Backyard Ultra, which combines all the thrills of a running race with the emotional, audio-video rollercoaster that is a Zoom meeting, was created by the Canadian ultrarunner Dave Proctor and the coaching service Peak Performance. After coronavirus forced Procter to bag a proposed Trans-Canadian FKT attempt, Proctor, like many runners, wanted to channel his hard-earned fitness into something.

To Proctor’s surprise, over 2,400 runners from 56 countries registered for the virtual race. Competitors must run 4.11116 miles every hour to stay in the “race,” either (safely) outside or on a treadmill. The format is based on Big’s Backyard Ultra, the brainchild of famed Barkeley Marathons RD Lazarus Lake.  Simply, the last runner standing wins. Runners were responsible for submitting their own race data on an honors system, and you can see results from the race here. Peak Performance emphasized that this race was for fun, and that people should respect local guidelines and their own ability levels to avoid straining the healthcare system wherever they are. Notable elite entries included the 2019 UTMB champ Courtney Dauwalter, ultrarunner Sally McRae, Guinness world-record holder for the fastest marathon and half-marathon pushing a stroller Callum Neff, ultra-personality and race director Jamil Coury, the mega-prolific road and trail phenom Mike Wardian and Big’s Backyard winner Maggie Guterl.

After 63 laps and 262.52 miles, Wardian bested relatively unknown Czech athlete Radek Brunner who was competing on a treadmill in his living room, after 63 hours of competition. Wardian had been running laps around his neighborhood in Arlington, Virginia.

In the words of SNL character Stefon, this race has everything. Dauwalter concluded each lap by reading a joke from 500 Hilarious Jokes for Kids. A 13-year-old in Virginia ran his first-ever 100-miler when he finished his 24th loop in a day.

Coury switched to a treadmill on lap nine and ran at a 40 percent incline in the basement of his Arizona home (it was too hot to safely run outdoors) and intermittently switched his video background to be pictures of toilet paper and Tiger King star Joe Exotic. To stave off boredom, he answered questions from curious live-streamers on air. At one point, Laz and his wife Sandra tuned into the race, forgot their mic was on, and began doing their taxes live on air.

Neff added in a disco ball and lights to a couple of laps. The Swedish ultrarunner Anna Carlsson plowed a route through several feet of snow for her loops. Vol 500K Champion Greg Armstrong euthanized a goat after one lap (he lives on a farm).

The event was streamed on the now-ubiquitous Zoom video platform that allows viewers to see directly into the homes of elite and everyday runners alike. Personal Peak had an elite stream, and two mass streams to start before whittling it down to a single stream as runners dropped out.

It was an intimate viewing experience, different from any other sporting event. Elites and recreational runners set up makeshift aid stations in their living rooms and garages. While we intuitively know that Courtney Dauwalter likely lives in a normal house with a normal mudroom with normal, kind of boring artwork on the walls, it was strangely reassuring to see it.

Kids and pets made special guest appearances throughout the race. Lap Two featured a cameo from Harvey Lewis’s dog, who jumped out of a window to try to accompany his human on neighborhood loops.

#Livingroomguy aka Rinat Mustafin became an overnight ultra sensation after running loops around the sofa in his livingroom for a truly mind-numbing 20 hours. Viewers on the livestream voted him up to be included on the elite field after 14 hours of livingroom loops. #Livingroomguy, we at Trail Runner salute you, and are dying to see your Strava.

There is perhaps no event better suited for these times than Backyard Quarantine Ultra. People all over the world, united only by running and shaky internet connections, joined together to celebrate the triumph of human persistence in the face of adversity. Much like the global pandemic, there is no defined finish line, no set time for this event. It ends when it has naturally run its course.

You can find adventure in your backyard, or even your living room for that matter, or, adventure is something you create when isolation causes you to take everything to its furthest possible conclusion.  It’s a celebration of community, and the sheer, stupid amount of persistence we humans possess. Watching The Backyard Quarantine Ultra instilled a new level of faith in the triumph of the human spirit. It was wacky and fun and mind-numbing in equal measure (a nearly perfect metaphor for the Coronaverse), and a perfect reminder that we’re going to make it through.

Zoë Rom is Assistant Editor at Trail Runner , host of the DNF Podcast and a trail running coach. She enjoys podcasts and pizza. 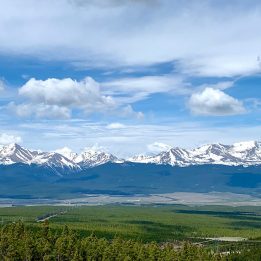 How about the ending though? Gotta write something up about that.

I would like to express how stupid it is for TR to host such event by endorsing extremely strenuous activity. This does nothing but placing typical runners at extreme low immunity and susceptible not just to coronavirus, but any pathogens coming in the way! TR is responsible for anyone’s new case of confirmed COVID-19 case, and to those “tough” and yet dumb enough to narcissistically displaying themselves on public media. The display of rather unthoughtful community of runners are detrimental to the time when people ought to practice necessary defense to self and others. Additionally, the topic of Colorado Trail… Read more »

Randomjoe runners are people. There are stupid people. However approached in the right way and with the same precautions that we take every day this has been a great experience. I ran 29 hours and i have lowered my immunity defences, which is actually something that the organizers had alerted participants about, yet I’m guaranteeing and have done more strictly so this week. I’m now 110%. What you are completely missing is that strength comes from many sources, that hope and perseverance is what allows us as a society to survive in these times, and that the tens of thousands… Read more »