We need to shift the conversation away from public lands access, and toward climate action and justice. 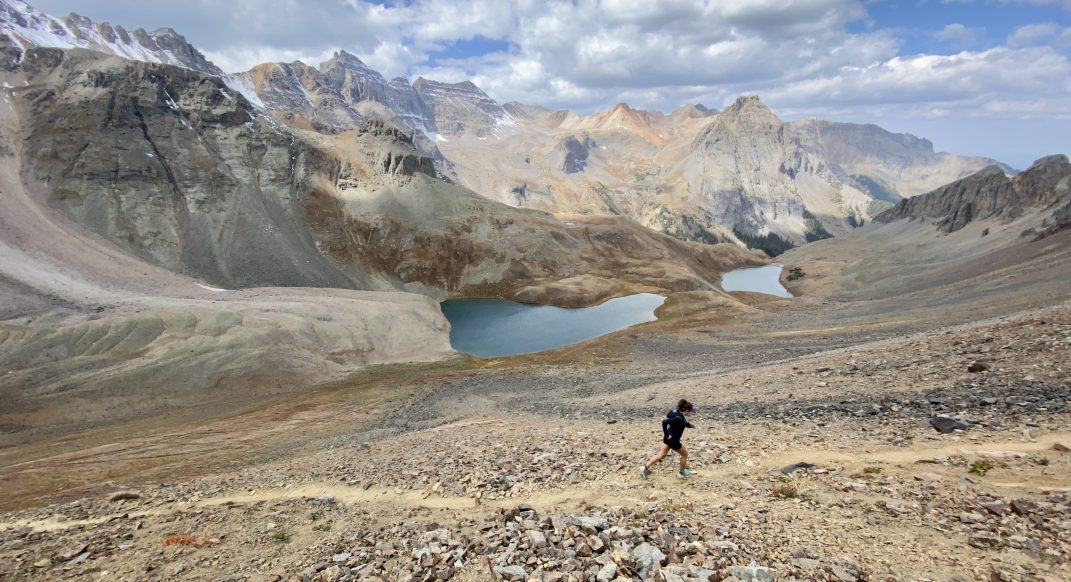 The author running in an area near Ridgeway, CO that would receive increased protections under the CORE Act.

This year, Trail Runner’s backyard is on the ballot. The Colorado Outdoor Recreation & Economy (CORE) Act offers various protections for over 400,000 acres of public land in Colorado. The act contains the Thompson Divide Withdrawal and Protections Act, which would withdraw 200,000 acres from future oil and gas development while preserving existing private property rights for leaseholders and landowners. The bill also creates a program to lease excess methane from nearby coal mines, which could help boost the local economy while combating climate change.

Though there are trails that I run in the area, that’s not the primary reason I’m passionate about the CORE Act. While trail access is important, my primary motivator is cleaner air and water and climate protection for all.

To understand why, here are some climate science basics. (Thank you to Prof. Kimberley Nicholas for this exquisitely foot-noted protest poster).

When scientists protest, their picket signs have footnotes #standupforscience pic.twitter.com/MmDIw0JzAn

But we can fix it.

The good news is, we know exactly what we have to do—keep fossil fuels in the ground and quickly transition to renewable energy. The science says it’s still possible to stay under what scientists consider is a critical 1.5˚C average global temperature increase—but we’ll need to halve emissions by 2030, and increase the share of solar, wind and hydro energy dramatically in that time.

For us to stay below 1.5˚C of warming, we need to stop extracting fossil fuels, like, yesterday. Even if we do keep most fossil fuels in the ground, an Earth that’s 1.5˚C warmer is going to be a significantly different place. We’re already seeing an increase in extreme storms, flooding, heatwaves, drought and fires that scientists attribute to climate change, and aren’t conducive to life on earth, much less trail running.

We need to limit carbon emissions, and leaving fossil fuels in the ground is the best way of doing that.  Protections for public lands, like the CORE act, do just that.

The U.S. Geological Survey reported in 2018 that one-quarter of all U.S. carbon emissions come from fossil fuels extracted from public lands.  From 2005 to 2014, an average of almost 24 percent of American carbon-dioxide emissions came from energy produced on public lands. That includes the emissions generated by drilling, mining, transporting and refining fuel before it’s burned.

The U.S. Geological Survey reported in 2018 that one-quarter of all U.S. carbon emissions come from fossil fuels extracted from public lands.

Though companies are supposed to pay a 12.5-percent royalty on all extraction on public lands managed by the Department of the Interior, the government has been granting frequent requests to reduce royalties recently. Letting private companies engage in environmentally detrimental drilling at a lower cost means that taxpayers will foot the bill for the climatological impacts.

Adopting an anti-resource extraction rather than pro-access mindset benefits everyone, whether or not they ever set foot on a trail. Take for example, the San Juan Mountains Wilderness Act (part of the CORE Act), which would serve the dual purpose of preserving popular outdoor recreation destinations like the Lizard Head and Mt. Sneffels Wilderness areas, as well as withdrawing the lesser-known Naturita Canyon from future mineral development.

When it comes to public-lands protections, trail-runner action can both help preserve public lands for recreation (yay), but, more importantly, promote cleaner water and water for air for all while limiting carbon emissions (even bigger yay).

The burden of air pollution is not evenly shared. People of color and lower-income populations disproportionately face higher exposure to airborne pollutants as a result of resource extraction. Breathing polluted or smoky air causes or exacerbates a wide range of health problems, including some cancers, diabetes and respiratory illnesses such as asthma. Many of those conditions make it more likely that a person infected with the coronavirus will suffer from severe COVID-19, or die of the disease.

While my heart hurts every day when I check the AQI to see if it’s too smoky to run, it hurts, even more, to consider the people who’ve been doing that every day, for years, just to walk their kids to school.

In my own writing, I’ve used trail access as a Trojan horse to get trail runners to act on climate. And while it’s OK to be motivated by access issues (girls gotta run!), my desire for trail access does not supersede all humans’ rights to clear air, water and a livable climate. The conversation around trail access tends to take up more oxygen than the importance of fighting resource extraction.

For those that would tell me to “stay in my lane” and “stick to trail running,” my lane is this planet (home to the best trail running in the galaxy, probably) and everyone that lives and runs on it. While I’m all for preserving public lands access and trails, I’m even more passionate about moving toward cleaner air, water and a better climate for all. Come for the planet, stay for the people.

How cool that protecting public lands does both?

Zoë Rom is Associate Editor at  Trail Runner, and host of the DNF Podcast.

Zoe, a timely feature from you after your eloquent shares at the US Trail Running Conference. I agree with you, it is so important that we also include the people that play in public lands as part of the vision that needs protecting. I love the concept of the best trail running in the galaxy, now that’s what I call a big picture view!
I look forward to more features that remind us all how important this planet is to us, and what steps we can take to help reverse the damage we have been causing.

Thank you for using your voice to advocate for our environment!

Zoe, I agree with you completely. I also want clean air and water and environmental sustainability. Not just for running, but for living. Not just for me, but for everyone. Thank you for writing about it in this way.

Great read! Reminds me of a project a runner in my community is currently working on – his name is Jared White and he is developing an app to allocate more money towards conservation efforts in areas that runners use! You can see what he’s doing at his Instagram @rununpaved.