The most important takeaways from Pam Reed's decades of running. 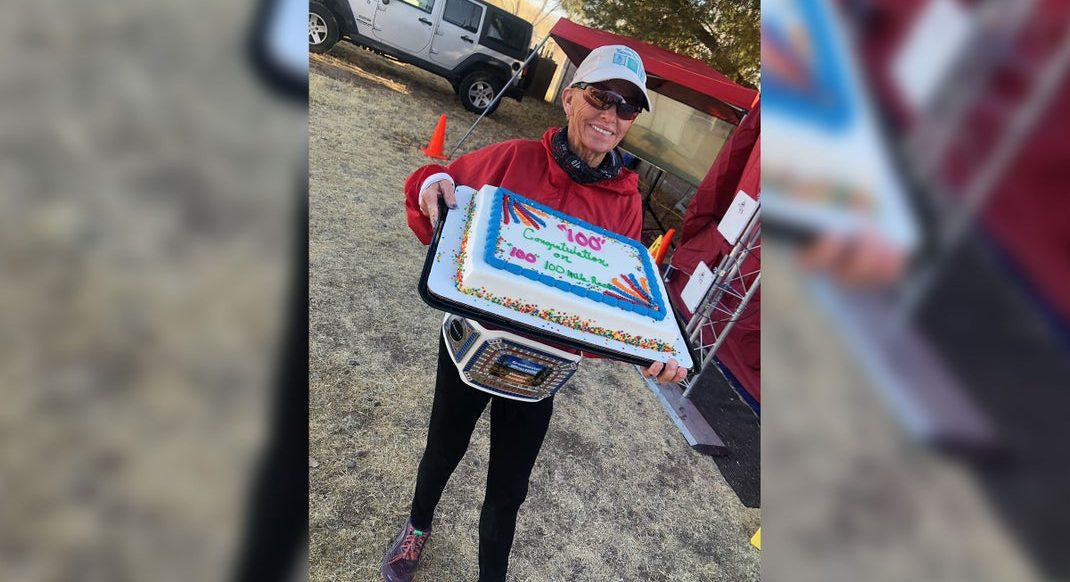 Keeping up with Pam Reed’s list of ultrarunning accomplishments is its own endurance event. The legendary ultrarunner first gained international fame in 2002, when she finished first in the Badwater 135, a scorching 135-mile trek in July, through Death Valley, California, becoming the first woman to win the race outright. The next year, she did it again.

In the past three decades, Reed has run 300 miles without sleep, covered 491 miles over six days, and completed dozens of Ironman-distance triathlons.

With all that success, is Reed ready to retire? No way.

At 60, she remains as invigorated as ever to run more miles and chase new records. To mark her 60th birthday in February, she notched her 100th 100-mile race at the Grandmasters Ultra in Littlefield, Arizona, becoming just one of 17 ultrarunners to achieve that feat. (Many of Reed’s races have been more than 100 miles, by the way.)

Just weeks later, Reed made it 101 when she finished The Drift, a 101-mile race near Pinedale, Wyoming, in cold conditions. Women’s Running recently talked with Reed by phone as she gets ready for her busy spring race schedule, which includes the Zion 100 on April 10, in Utah.

Reed, who directs the Tucson Marathon and splits her time between Tucson and Jackson, Wyoming, shared her wisdom on how to stick with running throughout life and what she has learned about mental health from her own struggles.

Accept that Slowing Down is OK

After breaking several bones in falls in recent years, Reed has learned that sometimes she needs to take it easy during a race and watch her footing. Holding back is hard for someone as competitive as Reed, but protecting her body is more important than ever as she ages.

“What I’ve realized you can still do these events and if you go a little slower, it’s not as hard on you and you can recover faster,” she says.

RELATED: Why Running Slow Is Good For You

Inevitably, runners suffer from injuries that force them to take time off. Instead of feeling discouraged, embrace other kinds of activity, Reed says. She’s a fan of yoga.

Even someone as focused and driven as Reed hits tough mental patches on a run. During those difficult moments, have a mantra to repeat to yourself. Reed’s has to do with gratitude.

When Reed struggles in a race, she reminds herself to appreciate the ability to run and move her body. “There are so many people that can’t do this,” she says. “It can be taken away in a second. Be grateful.”

As a trailblazer for women in ultrarunning, Reed says women especially have to contend with naysayers. Leading up to the Badwater 135, “My friends said, ‘You are going to die. Promise me if you feel awful that you are going to quit,’” Reed recalls.

Women also face societal pressure to push ambitious goals—or running itself—aside when they become mothers. “For me, the second I had a child, I had guilt,” says Reed, the mother of three adult sons, two stepsons, and grandmother of three.

Sometimes she’d wake up at 4 a.m. to run before her family was awake, but she also found ways to include her sons in her running. When her youngest two were babies, she pushed them in a double stroller and ran. As they got older, they rode their bicycles alongside her.

RELATED: 10 Ways to Have a Better Stroller Run

She encourages mothers to keep running a priority in their lives. “Do not give that up,” she says. “You need the physical activity, and the kids get to see you as a role model.”

“I’ve had the lowest of lows and highest of highs,” she says.

She encourages women who are struggling mentally to reach out. “Talk to someone you really trust,” she says. “Sometimes it just helps to say things out loud than keeping them in.”

Pam is the original #beastmode

As an older man, I find it very encouraging to see people running and staying active. keep moving and stay alive. In combat you die if you stay in one place and do nothing. Same in life. Move. Do something.

What an inspiring person! I think I got motivated even better now. Sometimes I think I am too old to start a pro trail running carrier (I am 35), but now I have no doubt. This will give me a serious boost for the future! Thank you and happy birthday Pam!