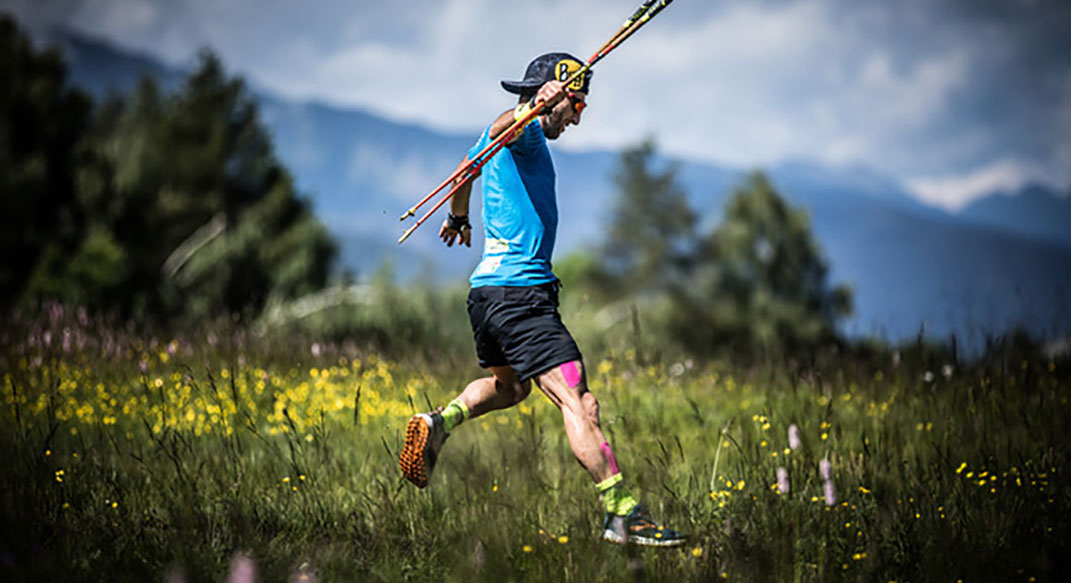 Like many of us, Luca Manfredi Negri did whatever he could during the COVID-19 lockdown to avoid going stir crazy.

The 35-year-old elite Italian trail runner, who lives in Oliveto Lario near Lake Como in the Lombardia region, couldn’t run outside so he trained indoors—relentlessly. Amid the bad news and the reality that many people were dying, Manfredi Negri did his best to stay fit at home by riding on a bike trainer, doing CrossFit workouts and putting himself through regular strength circuits.

During the two-month lockdown, he knew most of the 2020 races he had hoped to run would be canceled, so he needed to come up with something novel to stay motivated. That’s when he decided to go after Ugo Ferrari’s 2019 vertical-gain running world record during a 24-hour period of 15,467 meters (or 50,744 feet).

“In my region of Lombardy, the situation in March was absolutely tragic. A lot of people are still struggling with it,” says Manfredi Negri, who works as a personal trainer, running coach and event organizer. “It was really hard to remain at home without working and with all the bad news from the newspapers and Internet.”

At the beginning of May, he was finally able to start training outdoors, both on his bike and running in the mountains. He initially set June 6 as the date he would go after the record on the slopes of Aprica ski resort on a course between 1,200 meters above sea level (3,937 feet) and 1,700 meters (5,577 feet), but he eventually had to postpone it until June 13 because of rainy weather.

By early June, Manfredi Negri was exceptionally fit, but then the week before he was able to go after the record, another athlete, Finland’s Juha Jumisko, broke Ferrari’s mark on June 5 by logging 16,054 meters (or 52,670 feet) during a 24-hour period. That made Manfredi Negri’s task even greater, meaning he’d have to cover 32 laps on a 4.4K course with 500 vertical meters (1,640 feet) per lap. 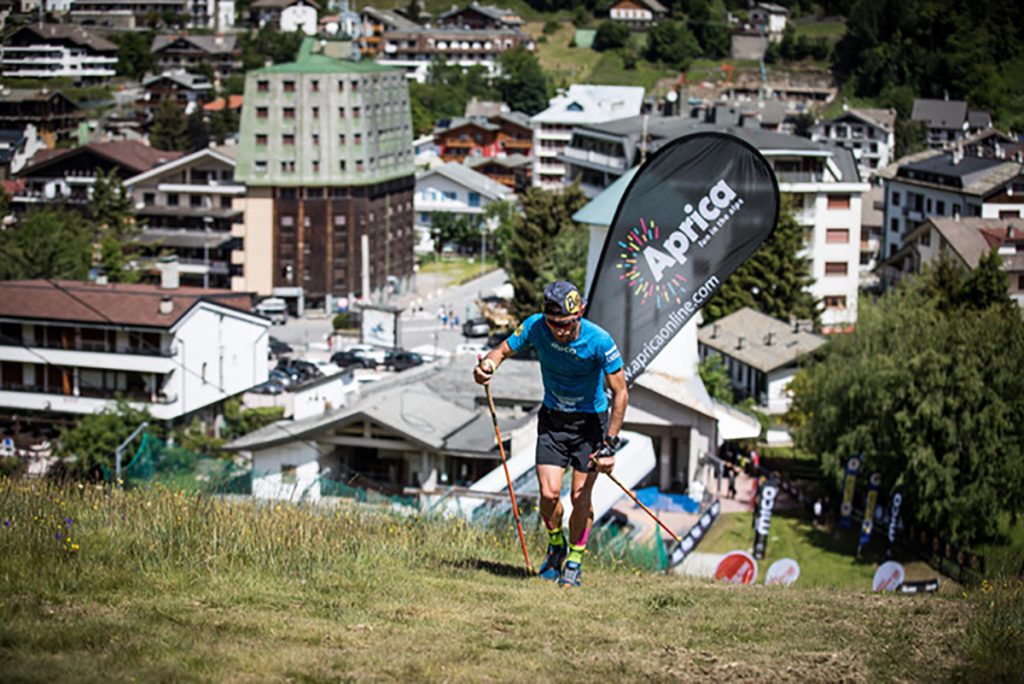 He knew he’d have to average about 45 minutes per lap, so he started at a more vigorous pace of about 40 minutes per lap at the start to give himself some wiggle room to accommodate for fatigue and any unforeseen challenges that might occur.

Along the way, he also recorded one of the best times in the world (11 hours 10 minutes) for Everesting—logging 8,848 meters (or 29,028 feet) to match the height of Mt. Everest in the shortest time possible.

He started off strong, completing 9,500 meters (31,168 feet) in altitude during the first 12 hours. Along the way, he also recorded one of the best times in the world (11 hours 10 minutes) for Everesting—logging 8,848 meters (or 29,028 feet) to match the height of Mt. Everest in the shortest time possible.

“During the first 12 hours, I have to say that I did very well,” he says. “At that point, fortunately, my advantage over Juha Jumisko’s record was widely manageable.” 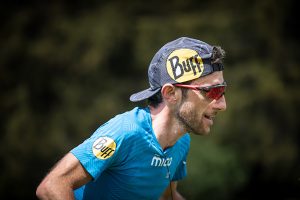 He had two aid stations set up to rehydrate and refuel throughout his endeavor, one at the bottom with water, salts and coffee and another at top of the course with solid food, such as sandwiches with ham and cheese, energy bars, dried fruit, parmesan and soup broth. But he says the support he received from local citizens and other runners who came out to cheer him on, run alongside him and encourage him—all while respecting social-distancing practices, of course—was crucial to his success.

Manfredi Negri says running through the night and during the first signs of dawn were the most difficult part of his record attempt. He was pretty confident he could set a new record, but he also had a long way to go. He had to endure four laps without any pacers and found himself sleepy and sluggish.

(Check out Manfredi Negri’s Strava results for the vertical record.) 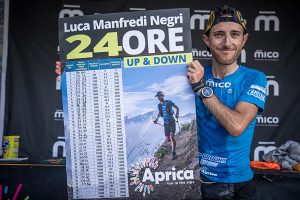 “The last few laps felt like a celebration,” Manfredi Negri says. “I experienced a few moments of crisis during the night, but overcame it thanks to all the friends who were there to cheer for hours and hours. There were tourists, locals from Aprica and friends who rejoiced with me and experienced the moment of me setting a world record.

For them, I saw their excitement in discovering and witnessing something new like trail running. These spectators were able to see every part of the ultra trail endurance racing world, which is difficult to really experience during a normal ultra trail race.

“For them, I saw their excitement in discovering and witnessing something new like trail running. These spectators were able to see every part of the ultra trail endurance racing world, which is difficult to really experience during a normal ultra trail race.” 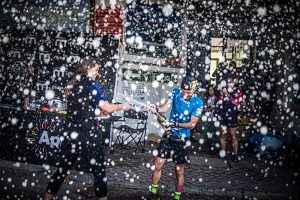 The most amazing part of Manfredi Negri’s feat? He wore one pair of Brooks Cascadia 14 trail running shoes for the entire 24-hour period.

“I didn’t feel the necessity to change them,” he says. “My feet were perfect at the very end.”

He also used Leki Micro Pro Trail poles, wore a Camelbak Ultra Belt and wore a Buff to cover this face when others were nearby.

For now, Manfredi Negri hopes the world can start to get back to some sense of normalcy in a safe manner. He had his sights set on running 100 miles of Istria in Croatia, the Lavaredo Ultra Trail in Italy and the Ultra Trail du Mont Blanc in France. But for now, his focus is on the SwissAlpine Marathon on July 25 in Davos, Switzerland.

“After 10 days I can tell you I feel good,” he adds. “I finished my challenge without big problems or particular inflammations. I’ve already started training with the road bike and I’m coming back to normal. I think I will start running in a couple of days.”

HE used to be a cyclist until they found him positive to illegal drugs. Now he run…as Italian I’m not proud of this athlete.