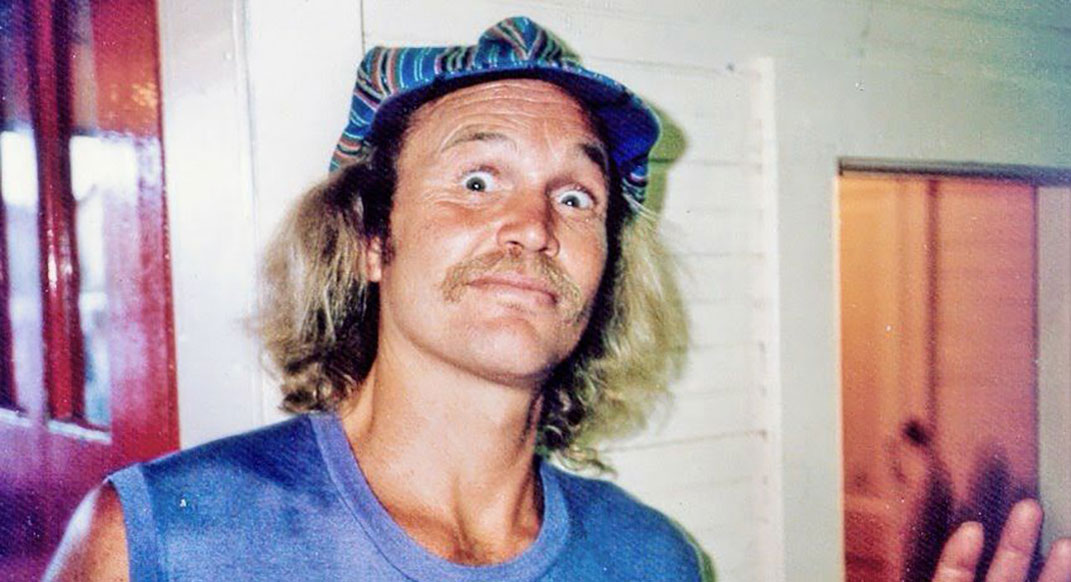 (Excerpted from Kicksology: The Hype, Science, Culture & Cool of Running Shoes, by Brian Metzler, with permission of VeloPress.)

“Hi, I’m the mover your landlord hired to help one of your neighbors,” said a tall man with long, scraggly blond hair when I opened my apartment door. “Do you know which apartment I’m working on?”

Life sometimes works in peculiar ways. People appear in our lives unexpectedly and without explanation or context, and while those meetings may seem to be random or insignificant at the time, often they are anything but.

Such was the case when Michael Randall Hickman knocked on my door in the summer of 1995. I spotted a small, beat-up pickup truck through the window of my apartment and opened the door to a tall, robust hippie on my doorstep. He appeared to be a throwback to the 1970s, complete with mangy hair, frayed blue jeans, a threadbare T-shirt and a pair of funky-looking sandals.

At the time, I was wearing torn jeans and a worn-out T-shirt myself. Working out of my apartment as a freelance writer, I was busy pitching my first articles about running to Runner’s World, Running Times and a variety of other magazines and newspapers. It was a lean living, and to make ends meet, I had taken a gig as an on-site apartment manager of a 16-unit complex about a mile from Chautauqua Park at the foot of Boulder’s iconic Flatirons.

“Looks like you do some running,” the mover said, glancing at a neatly organized row of running shoes just inside my door.

I nodded. “I run almost every day, a lot on trails lately. Do you run?” I asked, making polite small talk, but was pretty sure there was no way that this guy, as gangly and unkempt as he looked, was a runner.

“Yeah, I’ve been running trails around here for a while,” he said. “If you ever want to go on a long trail run, let me know. I usually go out for three to four hours a couple of times a week.”

Three or four hours? I was dumbfounded. Who was this guy?

I have a theory that to breathe is to live—and the more you breathe, like on a long mountain run, the more you live. That sounds cosmic, but it’s really a simple statement: when you run up in beautiful country, breathing all that clean air, there’s no better way to live.

I’d soon learn quite a lot about this guy, including that he went by another name—Micah True—and that he was a vagabond citizen of the modern West. He had taken to trail running in his late 20s after moving to Boulder. Trail running barely existed as an organized sport in the early 1980s, but that made it a good match for the countercultural True. It also made True a distinctive figure as a trail runner in the early days, especially because his appearance and running preferences offered such a stark contrast to the elite marathoners who had been training in Boulder for years.

A few weeks later, he showed up at my apartment early on a Saturday morning—shirtless and wearing a ragged pair of navy-blue nylon running shorts, a red bandanna around his forehead and a pair of funky-looking, huarache-style sandals that appeared to be made from old tires.

“What are you wearing on your feet?” I asked skeptically, wondering what I had gotten myself into with this character.

“Best trail running shoes I’ve ever had,” he replied. “I bought these in the Copper Canyon of Mexico for about two bucks. But I’ve learned how to make them myself. Everybody wears them down there.”

I was wearing a pair of brand-new Adidas Trail Response shoes. Although trail running had been a niche activity in the United States for years—it dates back to the 1970s in a few sparse pockets—trail-running footwear didn’t exist until the late 1980s, when a few brands began making what were essentially road shoes with more traction-oriented outsoles. The latest edition of the Adidas I had on had been touted by Runner’s World as one of the best trail-running shoes ever made. I liked the traction they offered and the cushioning and protection that kept rocks, roots and pebbles from becoming annoying protuberances into the bottom of my foot. Clearly, True’s sandals offered none of that. I shrugged and kept my comments to myself.

The forecast was for hot weather, so I had filled a mountain-biking hydration pack with water. Noticing that True had nothing, I offered to get him a plastic bottle from my recycling bin to carry water. He declined. “I’ll just drink from streams when I get thirsty,” he said.

We started jogging at a meandering pace through the alley behind the apartment complex, but we didn’t take my usual route along the sidewalks adjacent to the road. Instead, we headed up to my familiar (and relatively flat) Mesa Trail for a short stretch, only to then veer up a steep route through Bear Canyon and head up the even steeper trails toward the 8,459-foot summit of Bear Peak, a mountain I had hiked up only once and never considered running.

Although I was gassed going up the trail, True seemed to be barely breathing as he told me about all the races he had run—and won—around Colorado, the places he had lived and his recent winter trips to Guatemala and Mexico. He was a strong, robust athlete, yet clearly also very agile. It made perfect sense when he told me he had been a semi-pro boxer in the 1980s before he discovered trail running. He also told me about his experience running alongside the Tarahumara Indian runners, who he informed me were known among themselves as the Rarámuri—which meant “running people”—because of their long heritage of long-distance running. They had subsisted by running great distances for centuries, he said, as we ran along the rugged trail. We were a little more than 90 minutes into the run and my legs were trashed, and yet I was becoming more and more energized and intrigued by my running partner.

From his weathered looks, I figured True to be in his mid-40s, but I couldn’t really tell given how fit and strong he was. What was clear, though, was that living simply and minimally amid the complexities of the modern world came easy for him. Although it didn’t become his calling card until years later, “Run Free” was clearly his mantra for life.

I asked him to tell me more about his unusual footwear, and he said he’d begun running in huarache-style sandals made from pieces of old tires and leather straps because that was what the Rarámuri ran in. He said the primitive sandals allowed him to run more nimbly and feel a greater connection to the earth and the trail. Besides, he added, they didn’t cost much, certainly not $100 like most running shoes.

Years later, I found an old article from the Rocky Mountain News about True that quoted him as saying, “I have a theory that to breathe is to live—and the more you breathe, like on a long mountain run, the more you live. That sounds cosmic, but it’s really a simple statement: when you run up in beautiful country, breathing all that clean air, there’s no better way to live.”

Although I might not have entirely understood True’s free-spirited ways at the time, I was intrigued by his passionate immersion in trail running at the most primal level and, of course, his mystifying choice of running shoes. At the time, however, I didn’t recognize that True was a visionary, running long distances in minimally constructed footwear.

That summer, True opened my eyes to what trail running was all about and could be, an inspiring catalyst that eventually led me to start running up and down Colorado’s 14,000-foot peaks, entering ultra-distance races and running across the Grand Canyon and back. I was all in, and in December of 1999 helped launch Trail Runner magazine, beginning in earnest my total immersion in the burgeoning sport, the trail-racing scene, and a brand-new facet of the booming running shoe business.

True died with his minimalist running shoes on at age 58, doing what he loved to do most. He traveled light and moved freely through life, as he did on the trails, but his simple and sometimes primal messages made lasting impressions and connected people.

Minimalism didn’t go extinct, but the category shrank back to a tiny segment of the running market as runners and shoe manufacturers reverted to cushioned shoes. Still, the legacy of Born to Run, Micah True and the minimalist revolution lives on in the many changes in running shoes and the innovative ideas that continue to spring up today.

I am blown away with your great fortune to have met and shared running time with Micah True. Thank you for reminding the world and especially those of us in the running community that still mourn his passing. Please, when the time is right for you, share more about your time with this special and influential human.

When you run on the earth and with the earth, you can run forever.

I’ve always felt the minimalist movement was/is less about footwear and more about mindset. Thanks for conveying that!

Brian – you were truly fortunate to have run with Caballo Blanco – http://dougandrhonda.blogspot.com/2013/02/born-to-run-caballo-blanco-tarahumara.html

I was dumb and tried those minimalist shoes and ended up with years of pain from plantar fasciitis.