TRAIL STOKE: Why SKTs — Slowest Known Times — Are Good For The Soul

Not all trail running has to be fast, furious and uncomfortably hard. 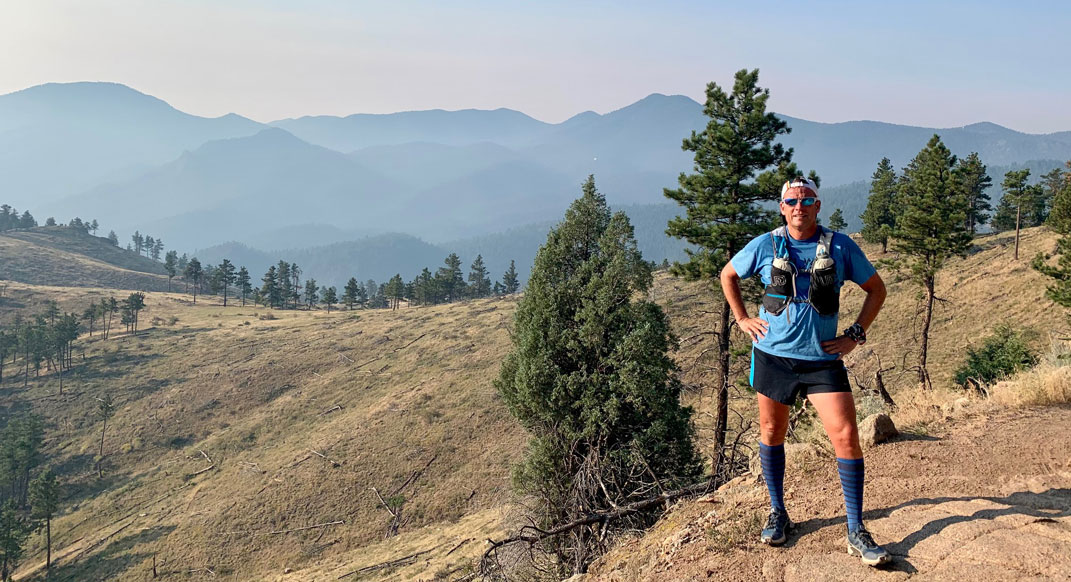 I woke up one day last week feeling well-rested and a bit foot loose and fancy free.

I was eager to meet up with a morning trail running group that typically starts off slow but almost winds up revving up and then splintering as a handful of runners get after it off the front. They were running a 4.5-mile loop I’ve run dozens of times and often pretty quickly.

That was an exciting thought on this morning, because I was ready and eager to run fast.

Or so I thought.

Sometimes you feel good and feel like you have a spring in your step. And sometimes you actually do, with the ability to float and bound over the trails with ease, flying up the climbs, bounding down the descents, and not only for the early miles but deep into a run, too.

Those kinds of days make for amazing runs, because you don’t need to think or stress about anything, you just need to go with the flow. You feel like you can run forever, and even when you’re out of breath or start to fatigue, you can lean into that seemingly limitless energy even when you start to get tired.

When those days match up to your goals and expectations — on race day, when you’re targeting a Fastest Known Time (FKT) or, perhaps more applicable, when you’re shooting for a personal FKT or just interested in running fast — it is pure trail running bliss. Those are the moments we remember, what fuels our passion and what inspires us to keep doing it.

But, let’s be honest, we don’t feel that amazing every single day. At least I don’t. And probably  not even on most days, although it also has a lot to do with my relative state of fitness and recent sleep patterns. Most days seem like it takes some effort to run that way, but that, of course, makes those other days all the more magical.

Sometimes your legs are decidedly not springy, even when you thought or hoped they would be. Instead they sometimes feel like they’re filled with sawdust or sand.

I’m not at all trying promote a soft approach to training or running easy all the time, but just offering a reminder that certainly feels good to run easy sometimes and, yes, that it probably allows us to run faster when we really need to or want to. In both cases — running hard or easy — you can certainly lose yourself in the process and have a great experience.

That was me on this particular day. So when the pace of the group picked up, I let them go and immediately found myself running alone, watching them speed out of sight. And I was OK with that. In fact, I was more than OK.

I backed off the pace and just went with the flow, which isn’t something I regularly do when running with this group. Usually, I try to hang with the speedsters and, in rare moments, try to go off the front. But this time I didn’t try to force myself into another gear that just wasn’t there on that day. And I actually relished in the simple act of running and being.

And you know what? I had an amazing run. I watched the sun rise, felt my legs and feet engage with the steepness of the terrain, smelled the scent of the pine trees, listen to my breath, thought about my upcoming work day in a stress-free way and when it got really steep, I even walked a bit. I was eventually caught by two other runners who had fallen off the back early on — one I knew, one I had never met before — and we finished the loop at a stress-free, conversational pace, talking about life, politics, food and the coming winter.

There’s a natural instinct to want to run fast on the trails, if only for the simple reason that it’s a movement that’s meant to be faster than hiking. And that’s what gets all of the attention (and vanity), especially on social media — how fast we ran, how epic our adventures were, how much we smashed ourselves out on the trails.

I’m not at all trying promote a soft approach to training or running easy all the time, but just offering a reminder that certainly feels good to run easy sometimes and, yes, that it probably allows us to run faster when we really need to or want to. In both cases — running hard or easy — you can certainly lose yourself in the process and have a great experience.

But for me, at least, it’s easy to lose sight of the simple concept that the joy of running is all about just about putting one foot in front of the other at an easy to moderate pace, following the trail where it goes and immersing in the existential joy of moving yourself through the wild.

When we met up with the rest of the group back at the trailhead about 10 minutes after they finished the loop, there were signs that they had run hard. That was inspiring, and in that moment, I was motivated to come back and run with them again. But for that particular run, I was perfectly content with my Slowest Known Time.

Yes, yes, yes, quality of life decisions are key and no judgement along the way, both of self and others. Thank you ‘Trail Runner’ for this article.

I am 90% zone 2 when I am running. Most times, it would be considered pretty slow. I don’t think I am setting any SKTs but slow nonetheless. But, in full disclosure, I run daily and some of it is to keep injury away from me.

Yes and how about BAKTs, Below Average Known Times?! Or coupling FKT’s with a10 bird minimum sighting requirement, and dutifully logged. Like golf, they could be disqualified for missing inadequately logging the bird.
I’m dubbing it FKTs&Bs. You’re welcome.

I love that idea. I’ve been thinking to combine trail running with Tenkara fly fishing (collapsible rods) in a winter biathlon sort of way. Time reduction for fish caught. Move on after say 45 minutes or 3 fish.

My only goal for any run is to run happy. Sometimes I’m happy running fast and pushing myself to my limit (and beyond) and feel amazing the entire time. However, way more often, running slower is more comfortable and enjoyable to me. I’d rather feel good running slow than try to force myself to push harder, feel miserable, and ultimately let down because the forced runs are never as fast as the amount of effort I feel I’ve put into them. Over time, everything works out, consistency makes the fast days faster and perhaps a little less rare and consistency is much easier when it’s not about the work, but only about the happiness. That said, this approach will probably never help me win a race, but yeah, I’m alright with that. I’ll shuffle along, and patiently and happily await my next fast day.

And this is why I’ve moved away from roads to trails.  There is a lot less pressure on pace and performance. I’m learning to ignore my watch, slow down and just be present. Trails are so much more about the journey (with the exception of an occasional throw down 😉 ) . Good one, Brian.

At 70 I don’t get any more PRs; I’m happy to get them when it’s the best time of the year on that trail or segment. It’s hard to watch the performance diminish. That’s why this article is perfect for me. It’s okay to go easy. It’s something about acceptance. We do what we can and that has to be enough, and should be about the joy of the day’s effort. I’m hoping to learn to be grateful to see myself on the bottom of the achievement’s board with the slowest know time. Getting old is not for sissies.