A trail runner reflects on the first snow of the season. 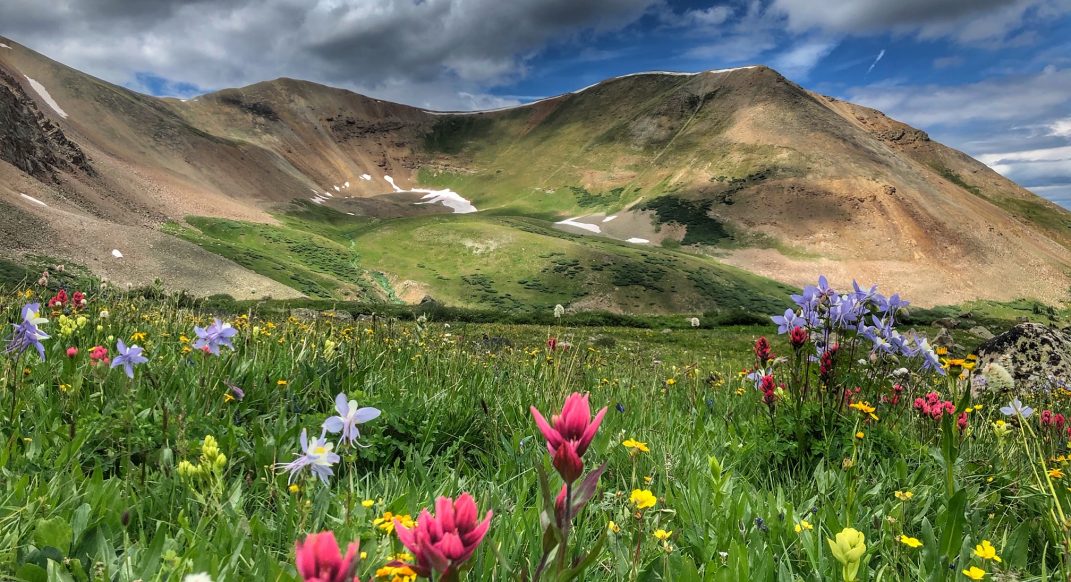 It’s that time of the year in the mountains. And if you’re out in the mountains this week or next, depending on where you are, you’ll probably be able to feel it and smell it in the air. I love that smell, but I know what it means.

Summer is waning. Winter is coming.

As I write this we’re just hours into September, but I’m also looking at newly fallen snow on Colorado’s two highest peaks.

“It will be gone quickly,” my buddy Andrew Letherby says, almost in a forced optimism knowing that holding off the change in seasons, even if it seems early, is a futile fight. He’s right, of course, but so am I.

Although there California’s Sierra Nevada are still steeped in temperatures in the mid-80s and most of the Appalachians in New England haven’t dipped below 50 degrees at night, the first flurries of the season have already fallen in the high country of Colorado, Wyoming, Idaho and Montana.

Summer is waning. Winter is coming.

And as I write that, I feel both great joy and a tinge of sadness. Great joy because I love the winter, perhaps even more than summer. I love cold, snowy conditions. I love trail running, skiing and exploring in the mountains in the winter. But sadness, too, because, let’s face it, summer is never long enough. #NeverEnough

Even with nary a trail running race on my schedule for the first time this century, I thoroughly enjoyed the summer. Despite (or maybe because of) the limitations of COVID-19, I ran countless miles in Colorado, ambled my way up several of the state’s 14ers (and more importantly this summer, I also ran trails up several 13ers). I ran many new trails (for example, up and down 13,961-foot Mt. Ouray in south-central Colorado) and several old favorites (the Pawnee-Buchanan loop near Boulder), too. Most importantly, it’s how I shared those moments with others.

I watched the sun rise dozens of times while running and also witnessed several of the most glorious sunsets of my life out on the trails. I ran with new friends and old. I explored old mining ruins, was amazed by wildflowers and stunned by the scenery. I saw countless deer, fox, snakes, elk, marmots, picas, bald eagles and mountain goats, and I joyfully chased a butterfly on many occasions. I completed a 100K vertical challenge. And, also near and dear to me, I helped raise money for three friends in need by way of my own trail running.

And no, it wasn’t without challenges. I have to admit, I took a few wrong turns on trails, put myself in a few dangerous situations and also had to skip runs because of work, injuries and a variety of other issues.

I wasn’t the only one who relished on the trails this summer. There have been thousands of new Fastest Known Time (FKT) marks set this summer, and, at least according to my Instagram feed, numerous peaks bagged, amazing coastline trails that have been run and even a few race finishes. Perhaps more than ever, we’ve been out and about on the trails, running to our heart’s content as a way to escape, relax, rejuvenate and refocus in order to keep fighting the good fight known as life.

Summer is waning but I still don’t want it to end. There are always more trails I want to run, more mountains I want to summit, more moments I want to experience. While I realize there is plenty of summer and fall running to be had over the next few weeks, the colder temperatures of the transitional autumn season tends to bring an icy sheen up high, making it more difficult and sometimes dangerous for dawn patrol runs to craggy scrambling routes.

I love trail running in the winter, inhaling the cold, seeing my breath and feeling the distinctive crunch under my feet. When it’s snowy and cold, trails are less crowded and every run (including those on roads) can feel like an adventurous trail run. So I can’t get too upset that summer is winding down, especially knowing that I’ll probably be skiing in a few months and soon be wearing spiked trail running shoes until March. I will certainly recall those warm, summery moments when I’m running with cold toes and fingers in early January, just as I’ve thought about many cold-weather adventures while sweltering in the heat this summer.

And yes, the snow will melt with the spring thaw and the splendor of the summer mountains will return next year. That will undoubtedly present me with new quests and endeavors to experience and share, rekindle unconquered challenges and maybe even include a trail running race or two. Next year can be great, too, but it still won’t be the uniquely amazing summer that this one was.

I still don’t want to let go of this summer, but I know I have to. With the changing of seasons comes real change. It’s the only constant in this world, and it’s best that we lean into it. With those changes comes evolution, new perspectives and a blank canvas that, of course, can be painted with plenty of carryover ambition, but new also with new ideas, new adventures. We can’t hold on to yesterday; we can only look forward with joy and excitement about what’s to come.

Summer is waning. Winter is coming!

Brian Metzler was the founding editor of Trail Runner Magazine and now serves as a contributing editor and columnist.

Shit, man, as a trail runner with two young kids who haven’t gone to school or camp since March, this wasn’t a summer of adventure or freedom. It was a summer of straight-up struggle. Don’t get me wrong, trail running was the one thing that kept me sane. But I keep reading all these accounts of liberation wrought by COVID. Meanwhile my wife and I and all our friends with kids in Kindergarten and elementary school are doing all we can to hold it together. Winter will only make things harder. And to keep from totally losing my mind, I will keep running — in the morning before the kids wake up, or at night after they go to bed, or occasionally, when I’m lucky, for 45 or 60 minutes in the middle of the day! More power to those of you living it up in the mountains. I love my spending time with my kids more than anything, but sometimes I wish I were you!

Thanks for the comments. Yes, it’s been a hard year for sure. I, too, enjoy time with my daughter and tend to squeeze in time on the trails when I can, often early in the morning or late at night. Be well and keep on running.

Beautifully written and I totally relate! Thank you.

Relate meaning that when I get out and do my trail runs which are in a beautiful park reserve , it trumps everything and always brings me to a positive, peaceful, and glorious mindset. Every day is a fresh start and I think this is what the author is trying to tell us.

It is indeed a bittersweet time, expressed best, I feel, in a poem by Elizabeth Jennings – Slow Movement: Autumn. Thank you, Brian